You're probably wondering, "wait, the Browns were good in 2009?" 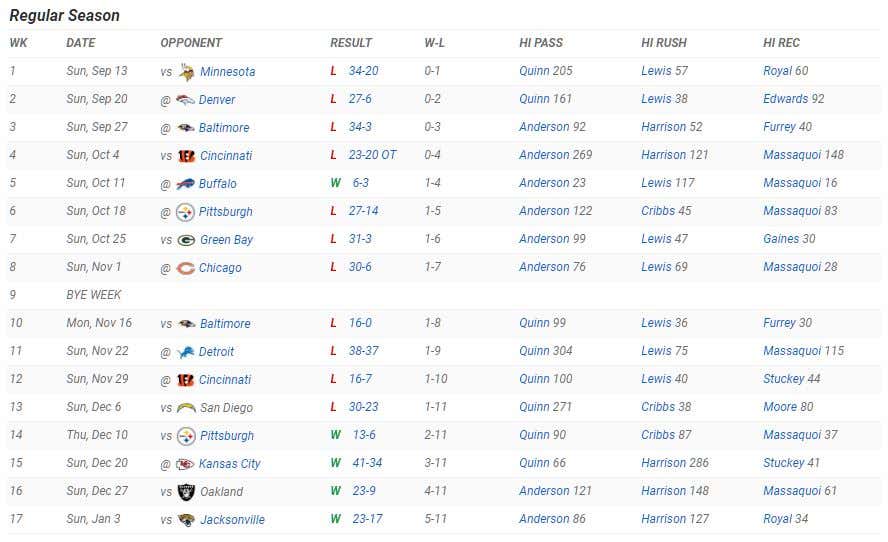 That's right, they had prime position for a Top 3 pick, won four in a row, and then ended up selecting Joe Haden. Don't get me wrong, Haden has had a great career, but this was a classic example of the Browns being terrible at losing. They probably would have taken Sam Bradford number-one overall, but they also had Ndamukong Suh, Gerald McCoy, Trent Williams, Eric Berry all drafted before their pick. This franchise is incredible beyond words.

One of those games in the four-game win streak saw Jerome Harrison (the legend!) almost break the single-game NFL rushing record…

The random shit this team has done is remarkable.

Jerome Harrison has a pretty incredible story off the field actually, as it was discovered he had a brain tumor back in 2011…

He has been on a road of recovery since then, an inspiring story without question.

Back to the game, that streak in 2009 is their longest streak since returning to the league in 1999, a feat not even achieved in their two winnings seasons in 2002 and 2007.

So, as always, history can be made today for the Cleveland Browns as they look for their first 4-1 or better start since 1994.

The series between the Colts and Browns is tied at 17 apiece, but Cleveland is 1-8 against the former Peyton Manning squad since returning to the league in 1999. Their lone win?

Yeah, it was against Kerry Collins. The Browns finally grabbed their win against the Colts against a franchise in-between a Peyton Manning injury and the drafting of Andrew Luck.

In 2002, a year the Browns made the playoffs, Peyton Manning ripped out the Browns' hearts with a late comeback, followed by a failed-Tim Couch comeback…

The history is not on the Browns side if that means anything (it doesn't).

Once again I split another week with my picks in this section of the preview. Last week I didn't have the stones to pick the Browns, but the easiest NFL over in the history of the league cashed without hesitation.

I'll man up. Take the Browns. The line has slowly moved in favor of the Browns, but they were home dogs for much of the week. In terms of the total, while the Browns defense is trash, I'll take a stab at the under for once.

Obviously, the biggest injury news is the loss of Nick Chubb for the next four games, but (aside from the forever-injured Greedy Williams) Larry Ogunjobi's absence on the defensive line is also notable. The defense, bad to begin with, hasn't really been healthy since the start of the season.

For the first time all year, though, the Browns' opponent has injury issues of their own…

The loss of Anthony Castonzo and Darius Leonard is massive, and probably balances out any issues the Browns have today. It's easy to argue the Colts are the better team, so there's no question the Browns need to exploit both of these for any chance at a win today.

It's a big-time prove it week for this offense, even with Nick Chubb sidelined… 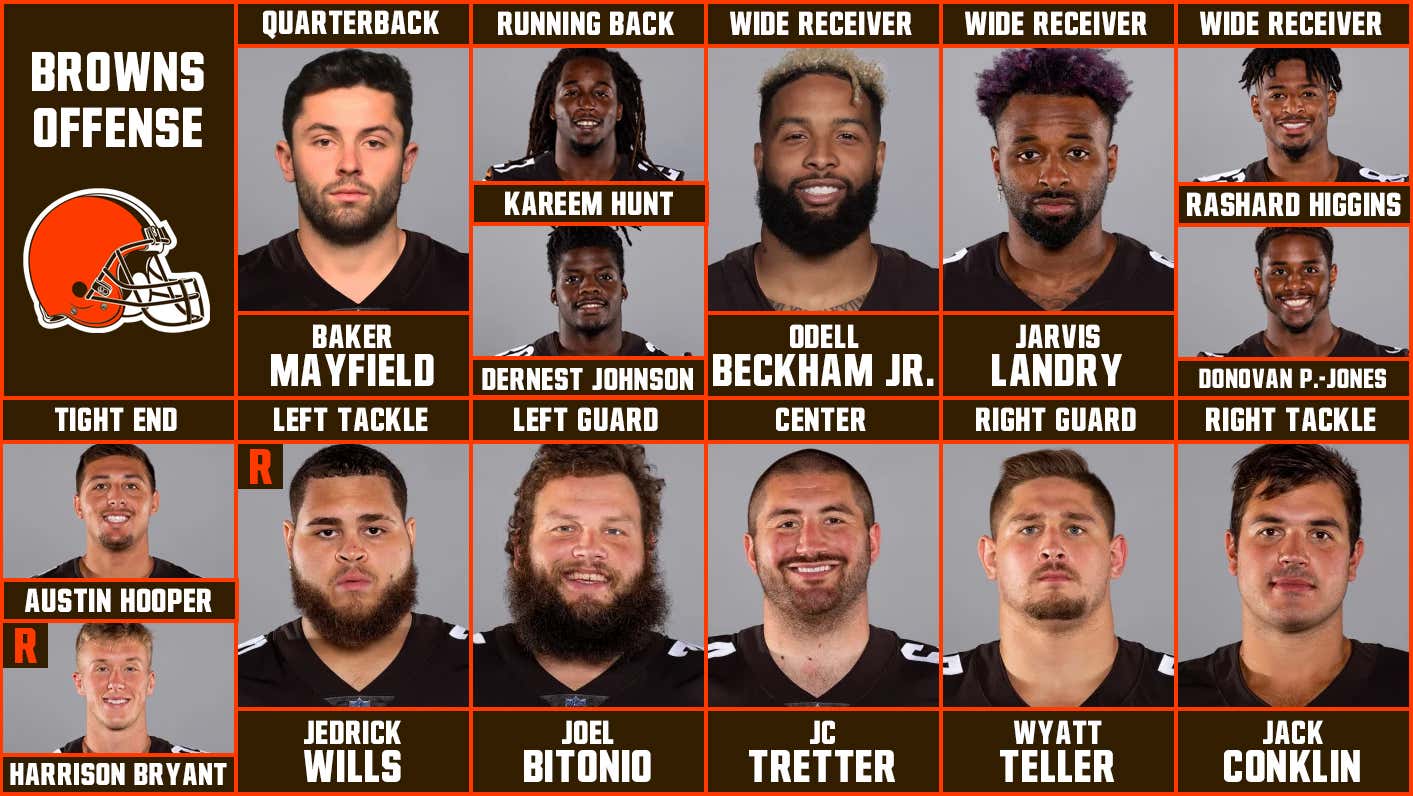 The offense is humming…

While I am fired up with Kevin Stefanski, who has been incredible in his first four games as head coach, as well as Baker Mayfield's improved play, this offensive line is the reason the Browns are 3-1…

I don't care how bad the Cowboys defense, rushing for 300+ yards of offense is good, folks.

The big question today, though, is if they can play well against arguably the best defense in the NFL, especially without Nick Chubb. We know Kareem Hunt is worthy of filling in as RB1, as he is only a few years removed from being the number-one back in the NFL. But what about D'Ernest Johnson? Let's go to the tape…

Patient. Quick. Johnson's tape against the Cowboys is solid, but you have to take it with a grain of salt considering the opponent. With that said, I do think he is more than capable of putting up a solid ass game in the RB2 position.

It may not even matter the skillset of the RB2 for the Browns, or RB3 for that sake, the way the line is blocking in Callahan's scheme has opened endless holes…

As always Baker Mayfield does need to have a solid day for this team to have a chance at victory. What he has done the last few weeks, after a disastrous Week 1, is everything we need to see from him.

Look how good he has been rolling to the left…

Freddie Kitchens man, woo boy was he fucking bad at being a head coach.

There's no question the Colts defense is a problem, but I just don't think they'll be the issue today. Yes, I want to see the Browns perform well against a good defense. This offense keeps getting the "good" label, so now go prove it, but… the game today… hangs on… 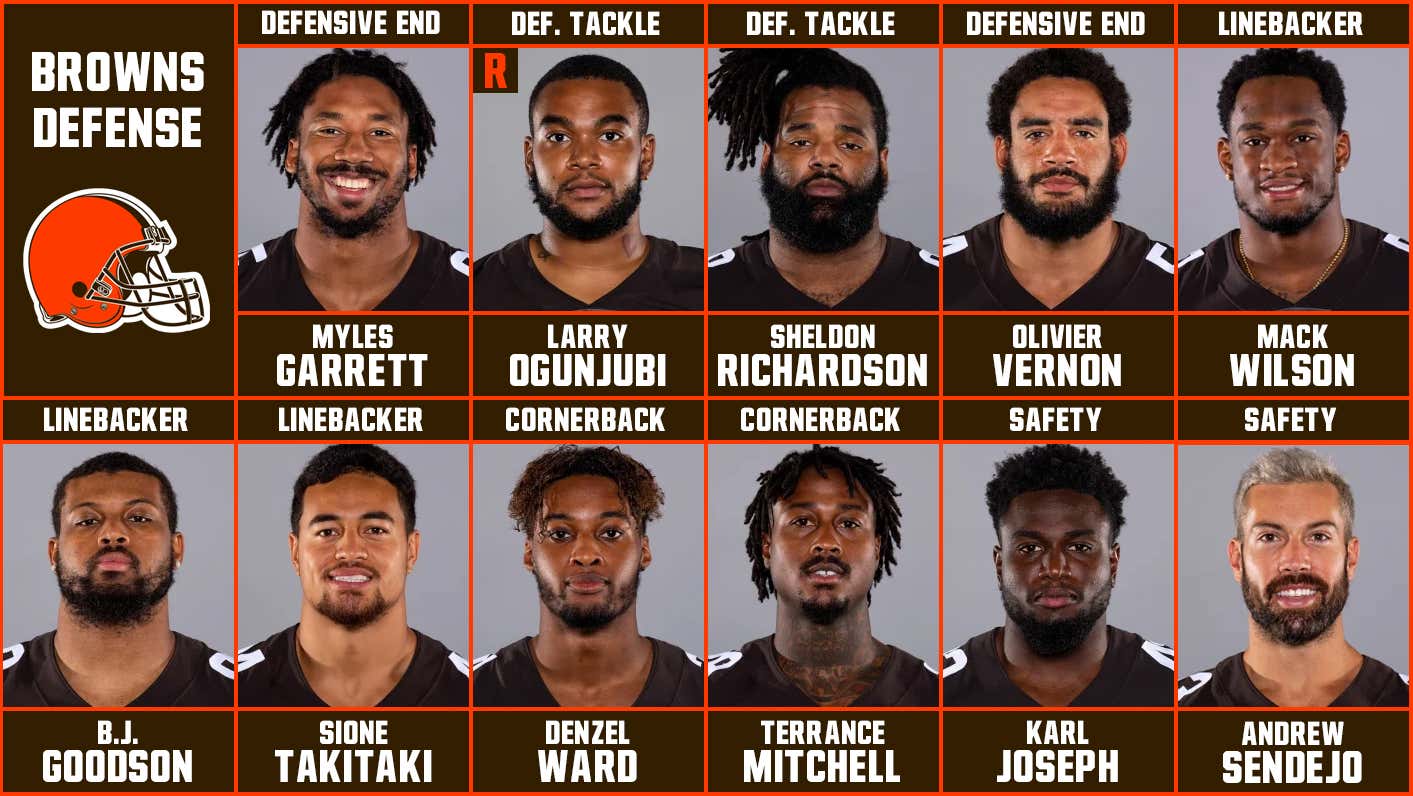 Let me note two things off the top:

2) the Browns do force a shit load of turnovers…

But it's no secret that everything else is nightmare worthy.

A lot of the points the Browns gave up last week could be considered "garbage time," but let's call a spade a spade… they got gashed. The secondary is porous as hell, even with Denzel Ward playing at an elite level.

Unlike last week, though, the Colts offense doesn't pose as much of a threat as the Cowboys did…

The classic "somethings gotta give" game!

Will the Browns tradition of making every tight end look like a Hall of Famer continue?

Philip Rivers' quick release is a staple of his success, so the pressure from the front four is going to be massive today. The Colts offense isn't anything special, but they get the job done. Being down Anthony Costanzo is massive, but the Browns missing Larry Ogunjobi to help supply that pressure is nothing to ignore.

With the potential of Myles Garrett, Olivier Vernon, and Adrian Clayborn all (finally) healthy, all eyes for me shift over to rookie Jordan Elliott.

He has been pretty damn solid, but this Colts offensive line is fucking stout. The rookie is going to need a big game!

Our guy (Barstool, friend of Pardon My Take) Sharp Football put out a great tweet today that sums up this game…

Colts D has faced a lot of 11 personnel but for 2 yrs now, have struggled vs 12.
Low pressures too vs 12. You know what CLE uses.

Something. Has. To. Give.

The Browns have an identity. Run the fucking football. Let Baker Mayfield cook out of the play-action.

Will it work against a good defense? Who knows, but if it does today, this team might be legit.

Unrelated to the Browns, I love this meme…

Put up or shut up. You win, I believe. If not, whatever.