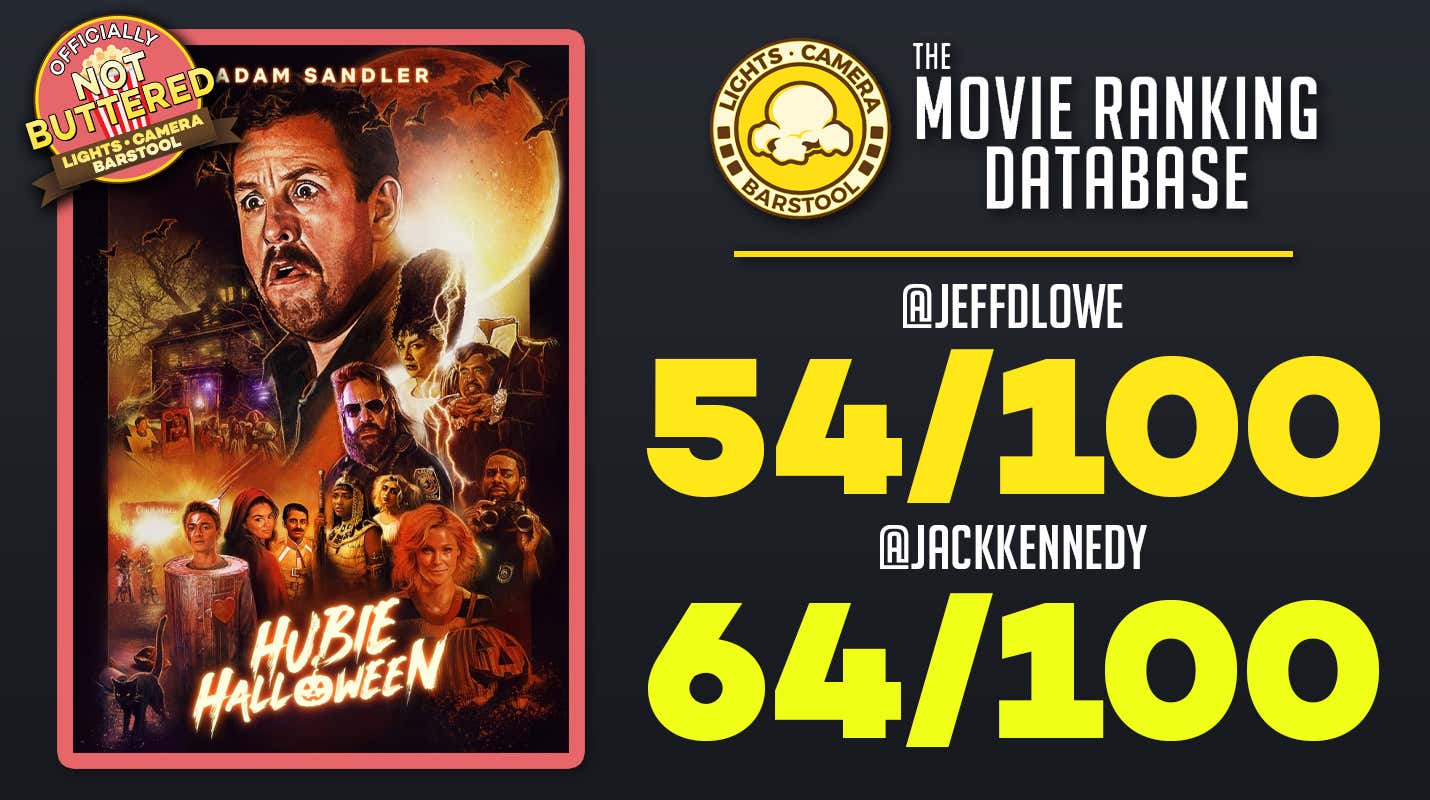 Adam Sandler released another movie on Netflix, and it's safe to say that he is back to his old ways!

It's October 31st in Salem, Massachusetts, and a town's eccentric, devoted community volunteer and the good-natured object of his fellow citizen's derision and meanest pranks, finds himself in the midst of a real investigation, for a real murderer. (via Google)

JeffDLowe (54/100): 'Hubie Halloween' marks a return to form for the whacky comedic side of Adam Sandler and while the movie isn't particularly good, it carries a bit of a self-aware charm that delivers a handful of good laughs. It's no secret that Sandler's recent comedic endeavors have not been well-received, but something about this new one feels different, a more of a wink and a nod than usual from the star of Netflix's exclusive portfolio.

Let's get something out of the way here, Adam Sandler does his usual bullshit in this movie. He projectile vomits less than three minutes into the movie…

So if the absurd, over-the-top Sandler is what you want, you'll be pleased because there are plenty of classic (depends on your definition of this word in association with Sandler) moments in the movie.

There is a bit of a different type of dry humor in this movie, though, that we haven't had in years from his movies. When you think of the best Sandler movies 'Happy Gilmore', 'Billy Madison', and his older movies come to mind. They always felt a bit more mature, ironically, than his more recent releases such as 'The Ridiculous 6' and 'That's My Boy'.  There's nothing wrong with liking those movies, but they felt lazy, lacking any semblance of comedic writing at the expense of cramming in tons of physical comedy and… yelling. With 'Hubie Halloween', Sandler and co. worked in more of their older humor, with some great dead-pan line delivery, a few on-the-nose dry jokes, and some more moments that had this movie feeling more authentic. It didn't feel fully self-aware, but we know through many interviews (and Pardon My Take) that Adam Sandler isn't an idiot when it comes to knowing the type of movies he releases.

Now, don't get me wrong, there are plenty of fucking horrendous scenes and lines. Going full post-2000s Sandler was not completely avoidable as the usual trash and slop were littered throughout the movie. The same can be said for his usual cast of buddy co-stars, whether it be Rob Schneider, Kevin James, Shaq, or Dan Patrick.

You get what you get with Adam Sandler and Netflix: bottom of the barrel comedy, familiar faces, and turn your brain off stories. All I am saying with 'Hubie Halloween' is that you can take all of those elements and elevate them just a little bit because Adam Sandler returned to form in a few bright spots for this Netflix Halloween release.

KenJac (64/100): This movie isn’t good. Nobody expects it to be good and it wasn’t made to be good. That said, I think part of the beauty of Sandler-starring Happy Madison movies is exactly that. It’s almost freeing that you don’t have to go into this movie with a critical eye but rather with your expectations below the floorboards. The best part is that the odds are high that there will be a few solid lines to make you laugh and maybe a little charm.

It’s 1-¾ hours so it zooms buy nice and fast, not keeping you longer than it needs to. There are no frills or character development offered or needed. No confusion to the plot, just a simple mystery. Not to mention one of the most simple-minded, stupid love b-plots you can have. There is some magic to the simplicity of it!

I think there's just something about Sandler that just makes this work for Happy Madison where other guys from the crew like Spade with the Wrong Missy just don’t. I don’t know if you want to call it likeability or charm or whatever. But he just has this level of magnetism to me that just floods my brain with dull serotonin and makes me feel, not good or happy, but content.

As I said, there is some magic to that.

There is one line in this movie that made me laugh out loud extremely hard. A free LCB shirt to the first person to tweet me the line

--
The movie is Not Officially Buttered, despite our light praise. You can head to Lights Camera Barstool right here to listen to our latest episode where we reviewed the movie in full.