Source -  Name the first thing a stripper takes off ... That was a topic on an NFL players edition of "Family Feud" Thursday night ... and Marcus Peters' answer was so bad -- the Baltimore Ravens star was clowned like hell over it!!!

Peters was facing off with Adrian Peterson when Steve Harveyasked the two, "What's the first thing a stripper takes off?"

Peters -- confident as hell -- buzzed in and blurted out, "Panties!"

Listen, I don't know who was surveyed for that particular question, but I can confidently say that they got it 100% wrong. As someone who's been to both The Foxy Lady and Alex's in Stoughton, MA, I've never once seen a boa or gloves or dignity... 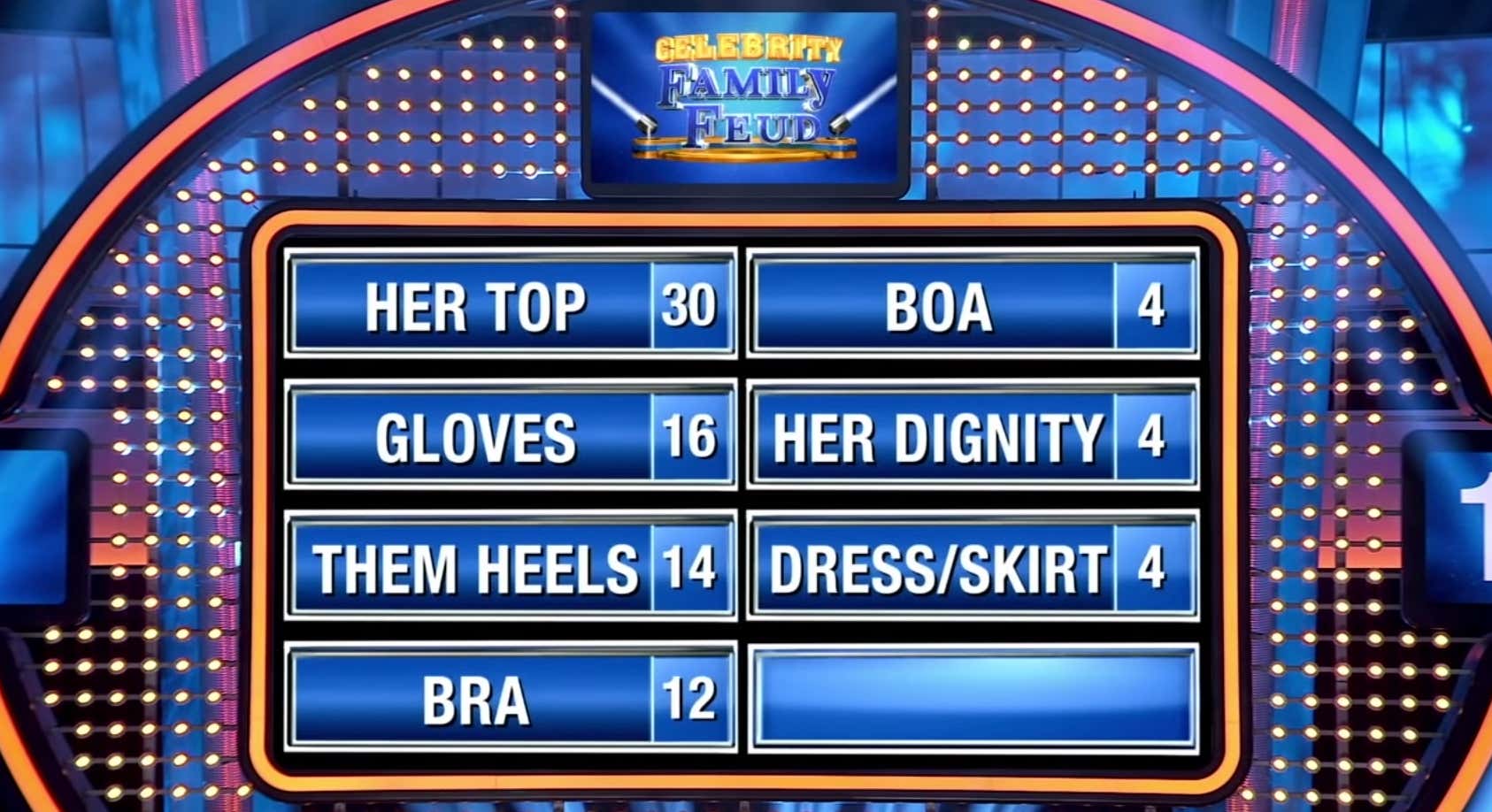 I have, however, seen a lot of nudie ladies who have no problem walking around with their flapjacks out then immediately removing their panties for the right price. In other words, Marcus got screwed. They all got screwed. Either that or they were pretending not to know what goes down at strip clubs which would've been a fantastic strategy for anyone who's afraid of their wife.

Shout out to Steve Harvey for always knowing how to handle the situation too. "You know it's okay not to know some of these answers *wink *wink." I'm not sure if all of them understood, but at least he tried. Now here's a strip club review I wrote from May of 2018. Enjoy…