What the hell just happened in that video?

I don't see any building in the picture. So no window sill, or fire escape, or balcony for that cat to fall from.

And the timing is just a bit too coincidental.

Couldn't have drawn it up any better.

And to think this comes days after I just stuck my neck out in defense of cats.

This video is making me reconsider everything.

Again, where did this cat come from?

Was it chilling up atop that pole just waiting for this guy and (his) golden retriever to come moseying along?

It goes without saying, big shout out to this golden retriever.

He makes the poor thing wear shoes and it's still loyal to the point it's willing to go to war with this diabolical cat. It took him a little while to figure out what the hell just happened, and that his man was out cold, but he's a golden, and once he did he sprang into action. Literally - 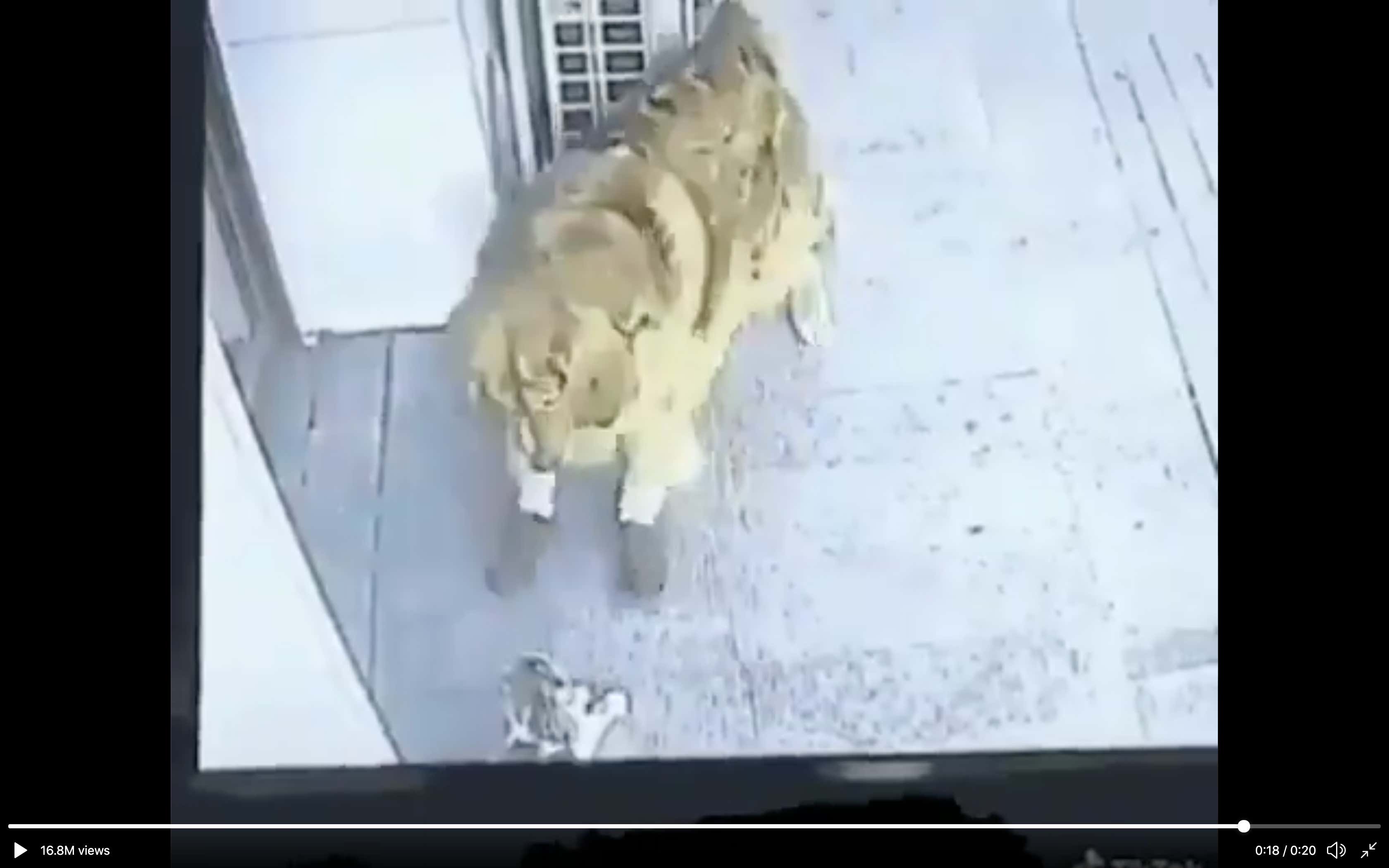 p.s. - what's up with the guy who witnessed this and just kept walking? WTF.