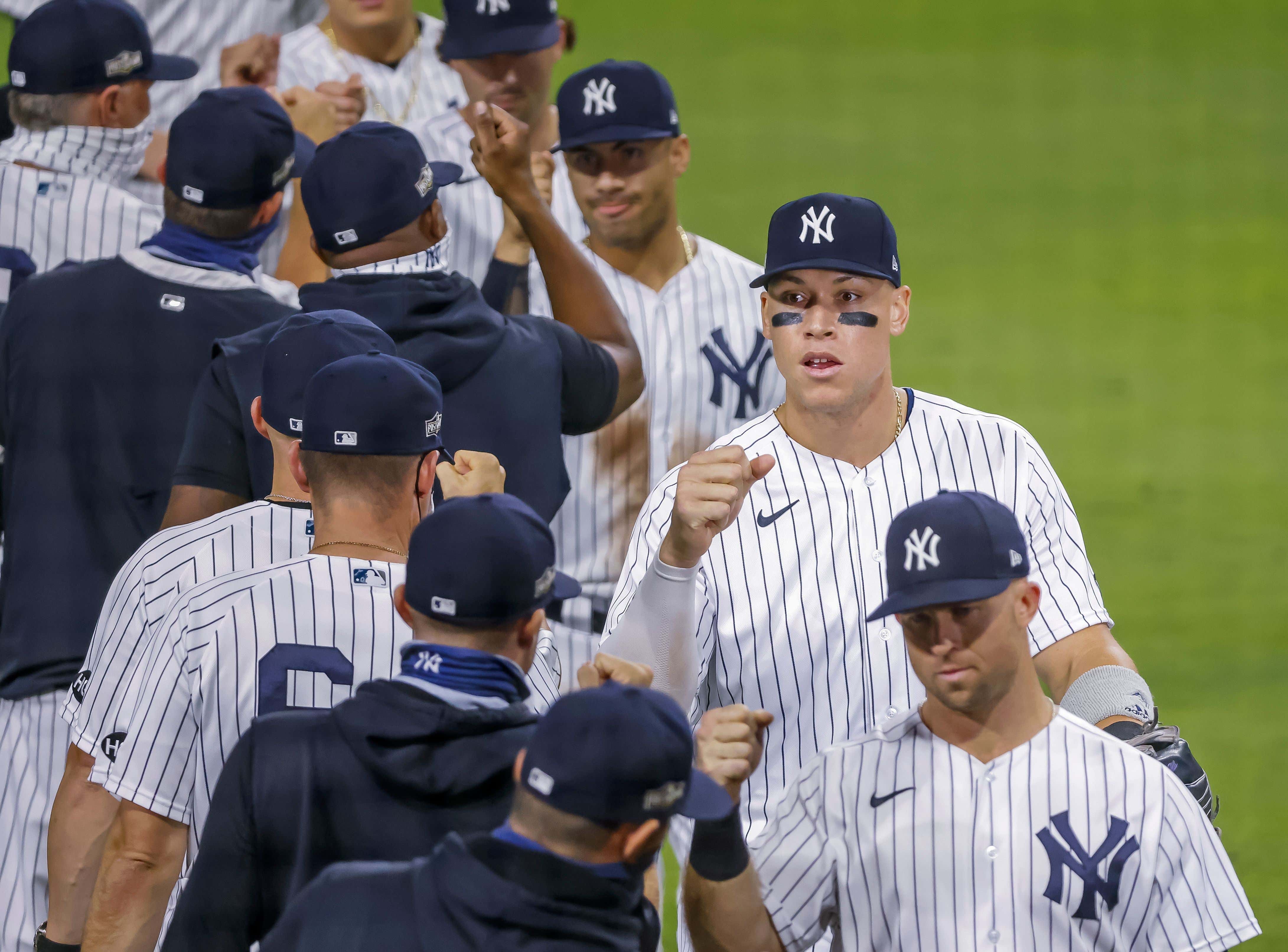 LETS FUCKING GO! The New York Yankees have forced a Game 5 against the Tampa Bay Rays. Jordan Montgomery took the ball for the Yankees with the confidence of almost zero people and absolutely delivered in every way he had to. I would've been happy with 3 innings. Maybe even 2 good innings. He gave us four rock solid frames of one run ball. Gumby has had a rocky 2020 season, but that man showed up tonight and kept the season alive. I am so fucking happy for that dude. He was nails.

Most importantly kept the red hot Randy Arozarena in check, getting him to strike out in the 1st and to ground out to 3rd with the bases loaded in the 3rd. That top of the 3rd inning was the most important moment of the game. 2nd and 3rd nobody out. Bases loaded 1 out. DJ LeMahieu made an awesome play to save a base hit and get the runner at 2nd. Kyle Higashioka made about 3 or 4 incredible blocks in the dirt to save the tying run from coming home. Gumby got out of it, and the Rays really never threatened again. Arozarena and Choi were held to just 1-8 combined. That's how you shut down this offense.

Offensively Luke Voit and Gleyber Torres delivered the bombs. Luke's here was absolutely nuked. 5 feet short of Giancarlo's the other night. Someone had to step up tonight with the bats and one of those men was Luke Voit.

The other was GT. Gleyber fouled a ball off his shin and was in visible pain earlier in the game. He stayed in and later blasted a massive two run shot to extend the Yankees lead to three.

I was terrified of dealing with a one run game all night, but Gleyber eased my nerves with this blast. After Montgomery exited the keys were handed over to the bullpen. They were brilliant. 2 perfect innings for Green. 5 perfect outs for Britton. 4 outs from Chapman. You could not have scripted this game any better.

Now you hand the ball to Gerrit Cole. The $324 million man. This is why you pay your horse. He was born for this moment. Also this little story got me rock hard.

Sure he's never gone on 3 days rest before in his major league career, but I've got all the faith in the world in him. Just give me six good innings and turn it over to the pen. The Rays are going with Glasnow on 2 days rest. I'm expecting them to throw the whole kitchen sink at the Yankees. It's going to be a war. It's going to be insane. All of the 2020 season fireworks and the new rivalry born between these two teams comes down to a do or die, win or go home Game 5. Let's fucking dance.