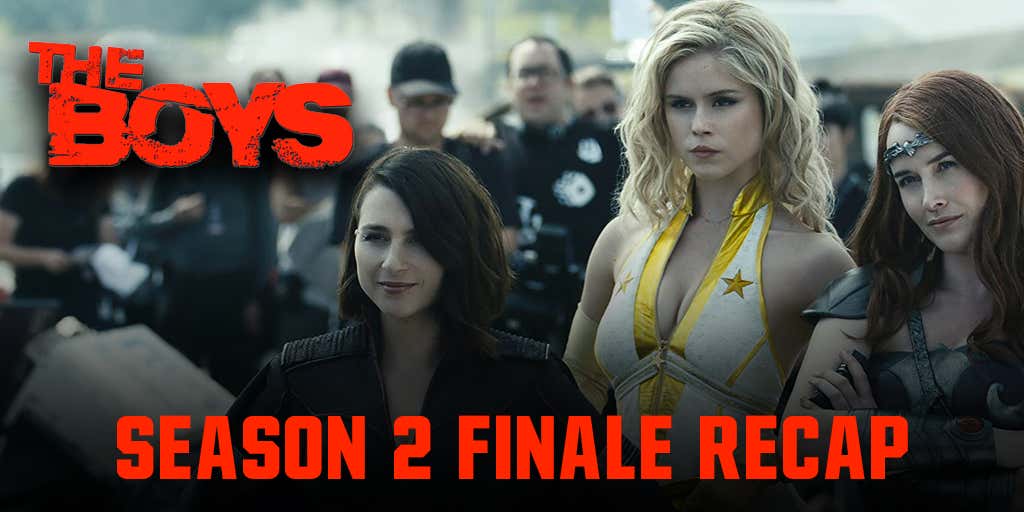 The episode opens with an eerie, school-shooter inspired precaution video on what to do if there is a supervillain attack at your school. After the events of the last episode, the government decides to go all in with a partnership with Vought, making massive orders for compound V to be dished out to policemen and first responders. Homelander and Stormfront continue to try and connect with Ryan, leading him down their superhero path. Ryan is uneasy, and wants to go back to his mom.

The Boys are preparing to go to war with the 7 when Becca arrives and tells Butcher of her son's abduction, so they plan a trap in order to get him back. Butcher cuts a deal with Edgar to help retrieve Ryan so long as he can keep Becca. They spring the trap, releasing the evidence of Stormfront's Nazi ties (stolen for them by A-Train from The Church of the Collective) and setting off an audio frequency that only Supes can hear. While Stormfront rushes to Vought tower to try and fix things, Homelander flies off to see what the audio disturbance is. Butcher and Becca rush in and take Ryan, driving him back to the rendezvous. Butcher double crosses Edgar, deciding that he can't separate Becca from Ryan.

He sends her, MM and Ryan off to escape, but they are intercepted by Stormfront, who throws them off the road. Starlight and Kimiko fight her but are badly outmatched. Queen Maeve, who rejected their ask for help earlier, arrives just in time to help and together all three of them start beating Stormfront's ass. She flies off to find Becca, Ryan and Butcher before they can finish them off. She corners Becca, but she stabs out her eye putting stormfront into an angry rage. She starts choking Becca out while Butcher hopelessly tries to fight her, but then Ryan intervenes, using his laservision to fry her to a Nazi crisp. Unfortunately, Becca is mortally wounded in the process. She makes Butcher promise to look after her before dying, but he gets up clearly in a rage, about to murder Ryan for killing his wife.

Meanwhile, Homelander returns to his house to find a Vought security team, there to retrieve Ryan as part of their bargain with Butcher. When Homelander figures out what is going on, he murders them all and flies out to get his son. He arrives to see a very much dying Stormfront, and tries to get Ryan to come to his side. Butcher has a change of heart, telling Homelander that he will have to go through him to get to Ryan. Homelander is about to oblige when Queen Maeve steps in, threatening to release the footage of the airliner incident from season 1 if he doesn't back off. He considers it for a moment, hearing the Homelander chants in his head, and relents.

Vought holds a press conference where they say they were deceived by Stormfront as well, and claim she was responsible for the head explosions at the senate hearing. Homelander, Maeve and Starlight affirm to the public that they are happy to have each other and that Stormfront was killed. Homelander is last seen busting a load off the top of Vought Tower, howling to the moon that he can do whatever he wants.

The Boys seem to go their separate ways. Butcher gives Ryan a necklace of St. Christopher given to him by Becca, and hands him off to Mallory for protection. She tells him that their names have been cleared and that Congresswoman Neuman is heading up a new division to regulate supes, and they they need a team if he is interested. He walks away without saying anything. MM returns to his family, and Kimiko/Frenchie go off together while Hughie tells Starlight that he is ready to do his own thing.

Alastair Adana, head of the Church of the Collective, informs A-Train that he has been brought back to the 7 as per his deal with Edgar. The Deep is pissed off, which Adana brushes off as "toxic behavior", the same stuff that got Eagle the Archer his sex tape leaked. Later on, he has a conversation with Congresswoman Neuman, who he wants to make a deal where he can trade Supe-secrets in order to retain his churches tax-exempt status. Neuman agrees, and Adana hangs up, seeming satisfied with himself. Then, you guessed it, his head fucking EXPLODES. The camera pans out to reveal that it was Congresswoman Neuman that blew him up, revealing her to be the culprit this whole time! The season ends with an optimistic Hughie meeting Neuman in her office, asking to help out her campaign while Billy Joel's Only The Good Die Young plays.

I'll tell you what, I did NOT see the Neuman twist coming one god damn bit. It raises a bunch of questions that I really wish I had the answers too. Why did she kill Rayner, the CIA contact? Why did she save Vought from being exposed? Everybody in the show except Edgar has admitted they don't know who was behind the head exploding, is it possible she is a plant by Edgar? Better question, is it possible she is related to Edgar? I NEED TO KNOW!

I really enjoyed a lot of the supe action in this episode. A gang-style beatdown of a Nazi supe is just poetry in motion. Ryan coming into his own and frying off her legs and arm was fucking great as well. She actually had remarkably similar wounds to Anakin at the end of RTJ…. 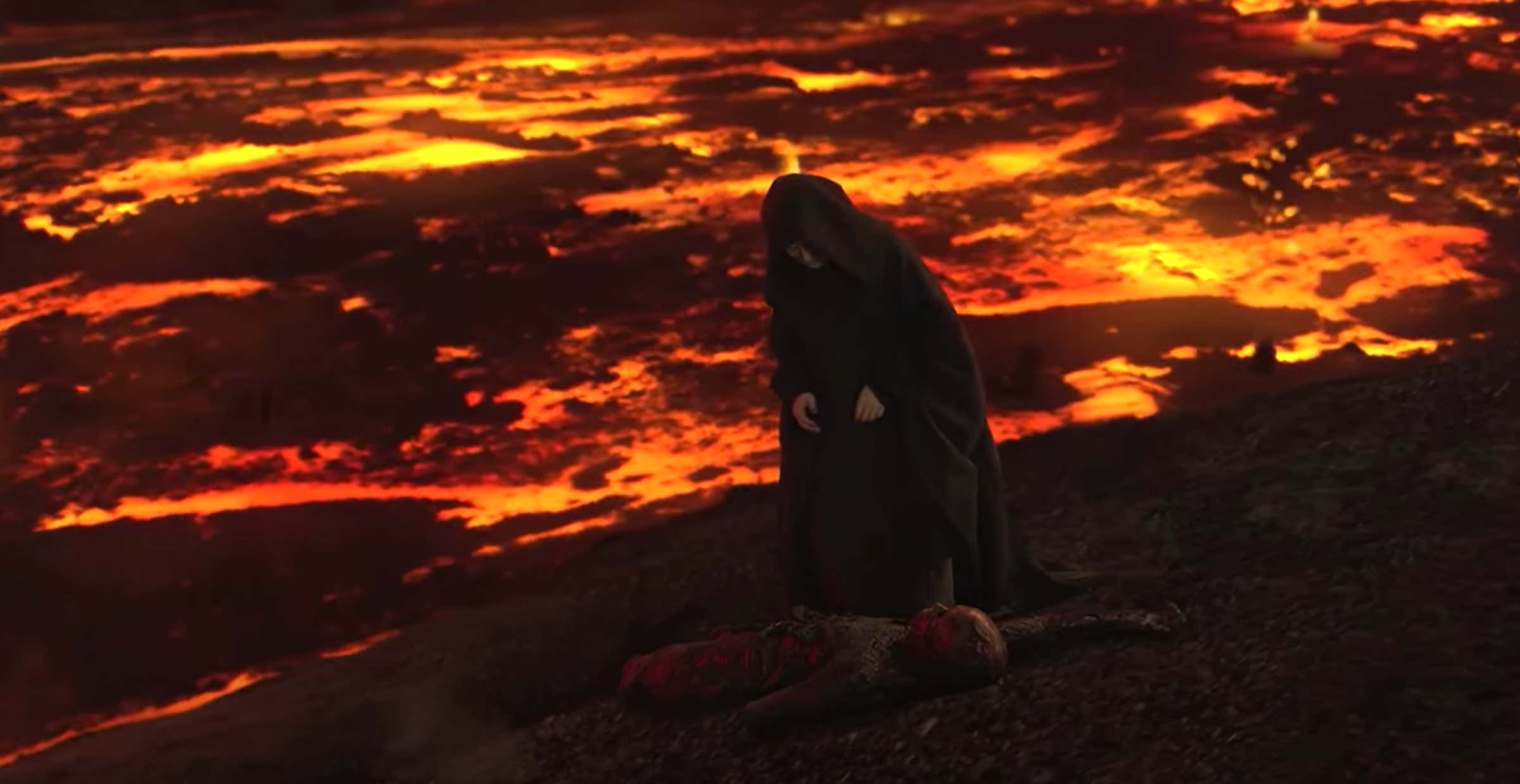 Homelander had a few great moments in this episode. When he caught the Vaught team in his house and slowly closed the door, doing the "Now youse can't leave" before lasering that guy in half? Beautiful. Also, crankin it right off the top of the tower was also a great look into the type of person he is. Apparently that moment was actually supposed to be in the first season, but Amazon asked them to cut it out.

Overall, I really liked this season. There was a big risk of things getting repetitive since there is only so far you can go with humans vs Supes, but they spiced things up nicely to make you not focus on that. I think the only relative weakness was that while characters were apart, their subplots got sort of weak compared to the grand plot. Specifically Frenchie/Kimiko, Maeve, and Hughie/Starlight. I think the stuff like the Church of the Collective helps expand the world more, while the others just kind of spun the wheels.

Overall, I don't think it was as tightly wrapped as the first season, but it still fucking ruled nonetheless and I can't fucking wait for season 3.

- The title of this episode comes from Volume 7, issue 9 of the comics.

- The laugh by Kimiko before telling Stormfront she's going to shove her boot up her pussy was the first time we heard a noise from her all series.

- Becca stabbed out Stormfronts eye in this, but Kimiko gouged out her eyes with her bare hands in the comics.