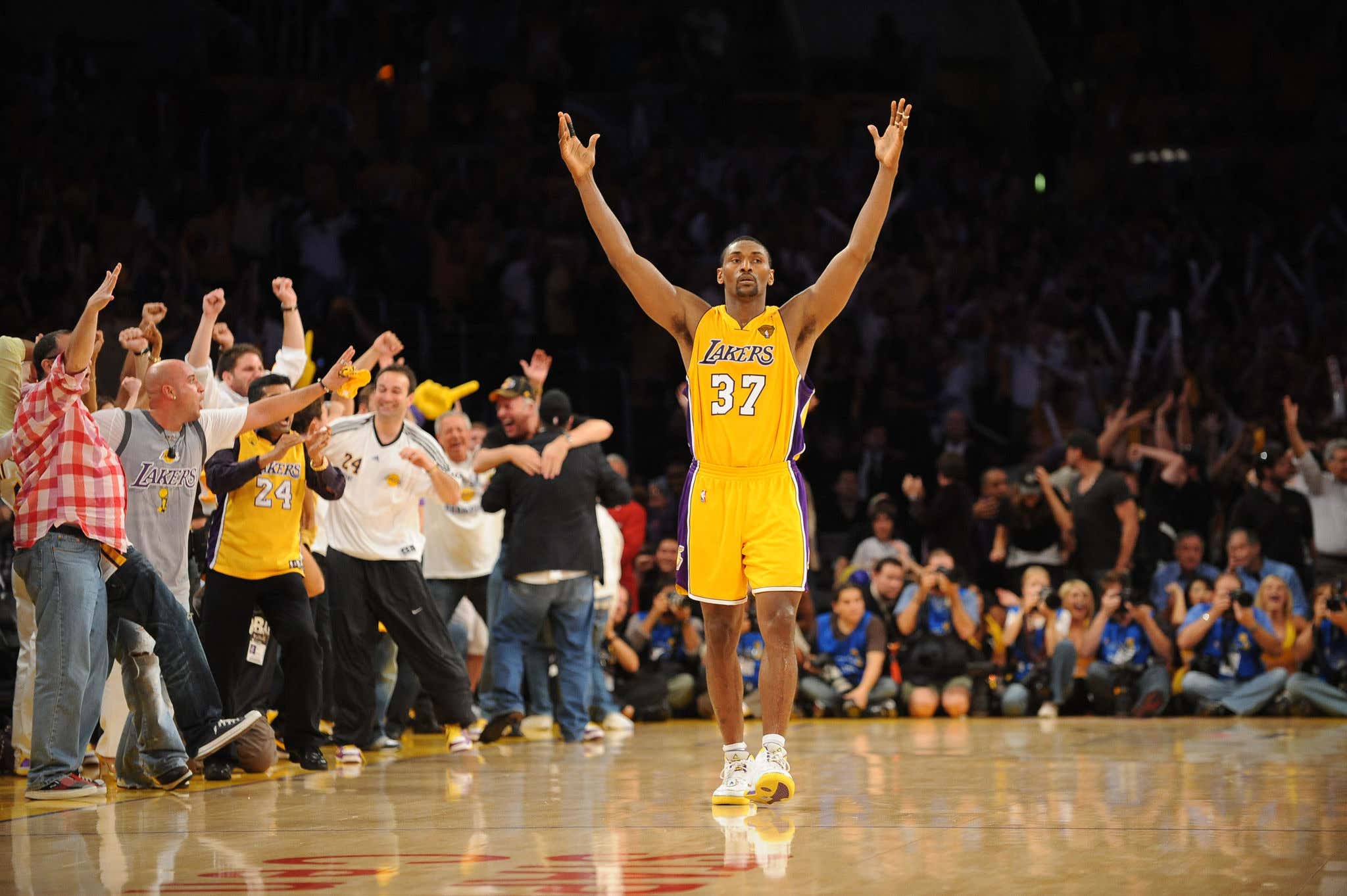 it made me think about all the randoms we've seen over the years that have these big time Finals performances or moments that ultimately helped their team snag the Larry O'Brien trophy. I'm talking about guys who the general public thought kind of sucked or were washed up, yet they delivered back breaking plays in the biggest moments just like KCP did the other night. I'm not talking about plays like the dagger Ray Allen corner three for the Heat, that's still Ray goddamn Allen. I'm talking about guys who if you are a fan of the other team you literally cannot believe that guy beat you. Shit that stays with you for years after the Finals loss. So I decided to put in the work and look this shit up, going back to like the 2007 NBA Finals. I don't know why I stopped there but I felt like that was good enough. If you want to go back further, write your own blog.

These are some that came to mind, and I'll admit, I'm still not over one in particular.

This was one of the first things my brain thought of. Remember this shit? If not, allow me to set the stage. Shane Battier was 34 years old, and had a made a total of 6 3PM in the previous six Finals games. In fact, he made just 2 3PM in the ECF against the Pacers in the series before. Enter Game 7. A game the Heat won by 7 points, Shane Battier went nuts and made 6 of his 8 3PA. In the fourth quarter, he went 2-4 from deep including a huge make with around 3 minutes left to put the Heat up 5. The Spurs never tied it from there.

Mario Chalmers In Game 4 Of The 2012 NBA Finals

The Heat were up 2-1 in this series heading into Game 4. Mario Chalmers averaged 10 points in that Finals, and just 9.8 points during the season. So what happens? Be erupts for 25 points on 9-15 shooting to help give the Heat the 104-98 win and 3-1 series lead. If he doesn't have that type of performance and OKC ties it up, do they maybe win the series? Does Durant never leave OKC? Talk about a "what if". Chalmers had a huge fourth quarter in that game, finishing with 12 points on 4-5 shooting, and to put that into perspective that was twice as many points as LeBron. That's an all time random player huge Finals moment that ended up having a huge impact on the future of the league.

Fuck this shot. That's all I can really say about it. Ron Artest was 1-6 from deep in this game before that shot. He was 7-18 in the game and had his most points of the entire series in Game 7. Again, fuck that shit. No I'm not over it 10 years later, why would I be? Let's move on because I'm getting a little worked up.

Am I including this only to wash out all the negative feelings of the video I put in right before this? Maybe. Eddie House doesn't really qualify for this exercise because he didn't stink and it wasn't that random because he was a big time bench player for that 08 team. But the fact of the matter is he averaged 8 points a game in that Finals and shot just 35%. Well, his huge threes in the second half of that game (along with James Posey) was gigantic when it came to giving the Celts the momentum they needed to pull off the greatest comeback in NBA Finals history. He may have only finished with 11 points, but he never scored that many in any other game of that Finals.

Fabricio Oberto In Game 4 Of The 2007 Finals

Admit it, you have no goddamn idea who Fabricio Oberto is. How could you unless you're a Spurs fan? Well here's the deal. Remember when the Spurs swept a young LeBron in that 2007 Finals, well guess who had perhaps the biggest run in that entire Game 4. With about 2 minutes left in the game the Spurs held onto a 69-66 lead. Oberto then scored 5 straight points to put them up 74-66 and that was that. Fabricio Oberto! A player so random I couldn't even find video evidence of this run to end Game 4. He had 7 points all night and 5 of them came in the biggest moment down the stretch. That's a gut punch like you read about.

There's no denying that to win a title in the NBA, you need elite talent. If we're being honest, you basically need at least one top 5 player and pair him with one or two top 15 guys. But if you look back over the last 10+ years of teams that reached the top of the mountain, at some point in those series there was a random player who had a random awesome performance that ended up being the difference. This year, that's looking more and more like KCP's Game 4.