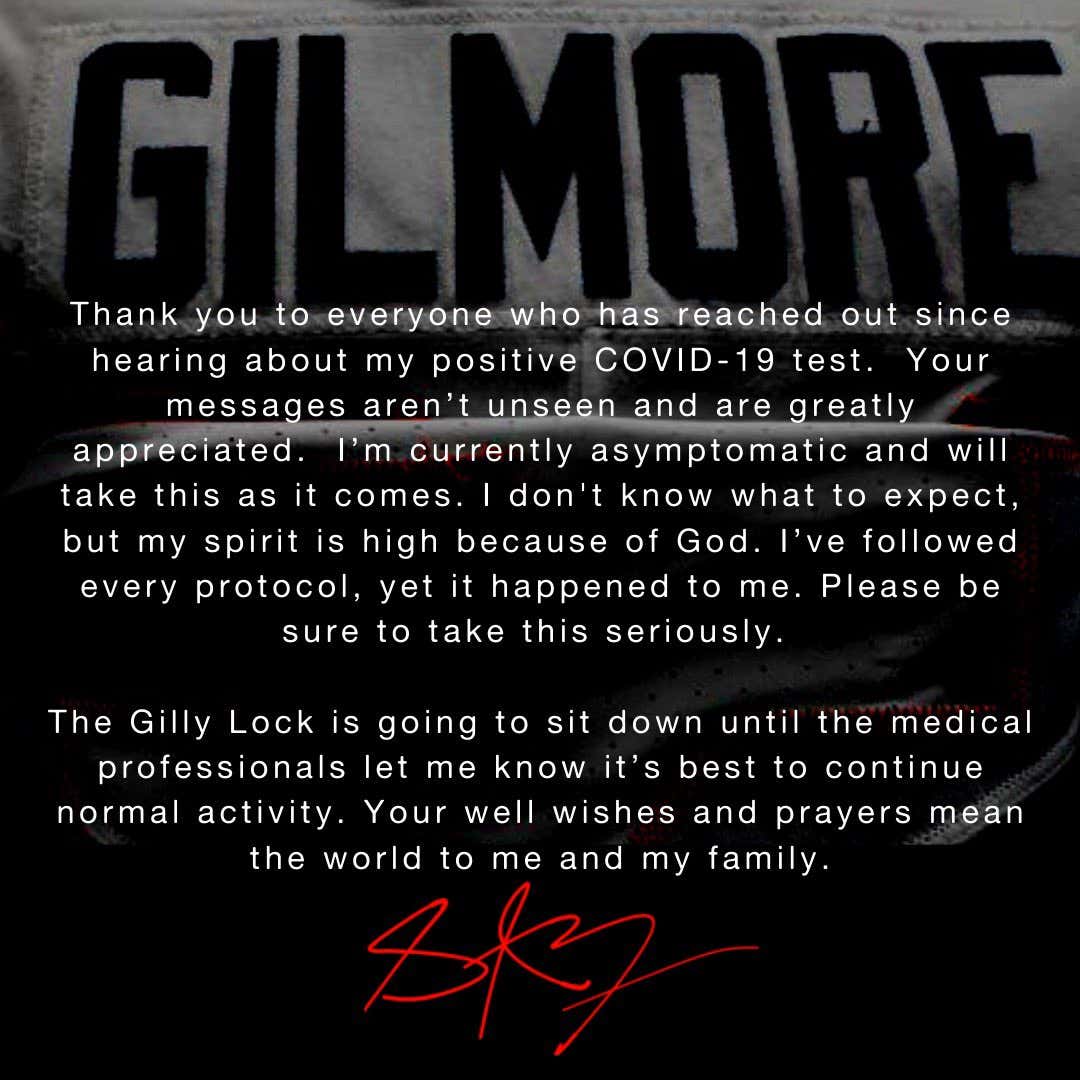 Last things first, that is an outstanding use of referring to yourself in the third person using your nickname. Old Balls approves this message.

First things second, you don't need my complete lack of medical knowledge to tell you what great news this is. Both for Stephon Gilmore and the Patriots. Like I said after some of the Titans positive tests were coming back negative, the league and the NFLPA have agreed to two separate approaches, based on whether you're feeling the 'Rona or you're not. 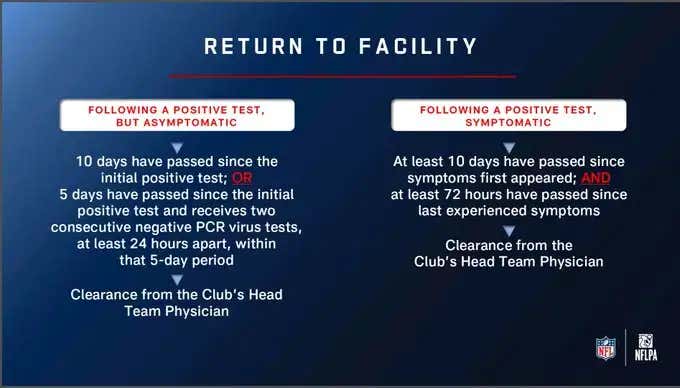 And this being the NFL and the decision to force the Patriots and Chiefs to play Monday night is starting to be looked at like Roger Goodell's Bay of Pigs, this is a Cover Dear Leader's Pasty, Ginger Ass situation. So they've tweaked the policy slightly:

I stopped following the arrows after the second row of boxes, but I'm pretty sure the final one reads, "Coin Flip."

But as far as I can tell from checking with people who claim to be able to make sense of this treasure-map-on-the-back-of-the Constitution-like flow chart, this means that if Gilmore and Cam Newton feel good and can produce two negative tests 24 hours apart, they can play Sunday against the Broncos. If the doctors say it's OK. At least I think that's what this new protocol says. I'm not ruling out that it could be a MyFace quiz that tells you which Disney princess you are and then sends you a million pop-up ads for all the stuff you said you like.

And if that is the case, it's a major change from the earlier policy that said asymptomatic Covid-positive players had to sit out five days, regardless. Like if Gilmore spent between now and Sunday running Spartan Races, he still couldn't play Sunday. But now, if his upper nostrils are clear, he can? I don't get how that makes sense. Nor do I think anyone should necessarily trust the league given the way they've begun to cock this up.

But if true, and if Gilmore and Newton are both cleared and decide to suit up, this is galactically huge news for the team that has lost the most so far in terms of key players opting out and testing positive. I'm still not convinced. And there's probably some option where the Patriots lose draft picks over this. But for now, I'll take seemingly good news until actual good news is confirmed. That's how low my standards of what to feel happy about have gotten.

Get well ASAP, Gilmore and Newton.