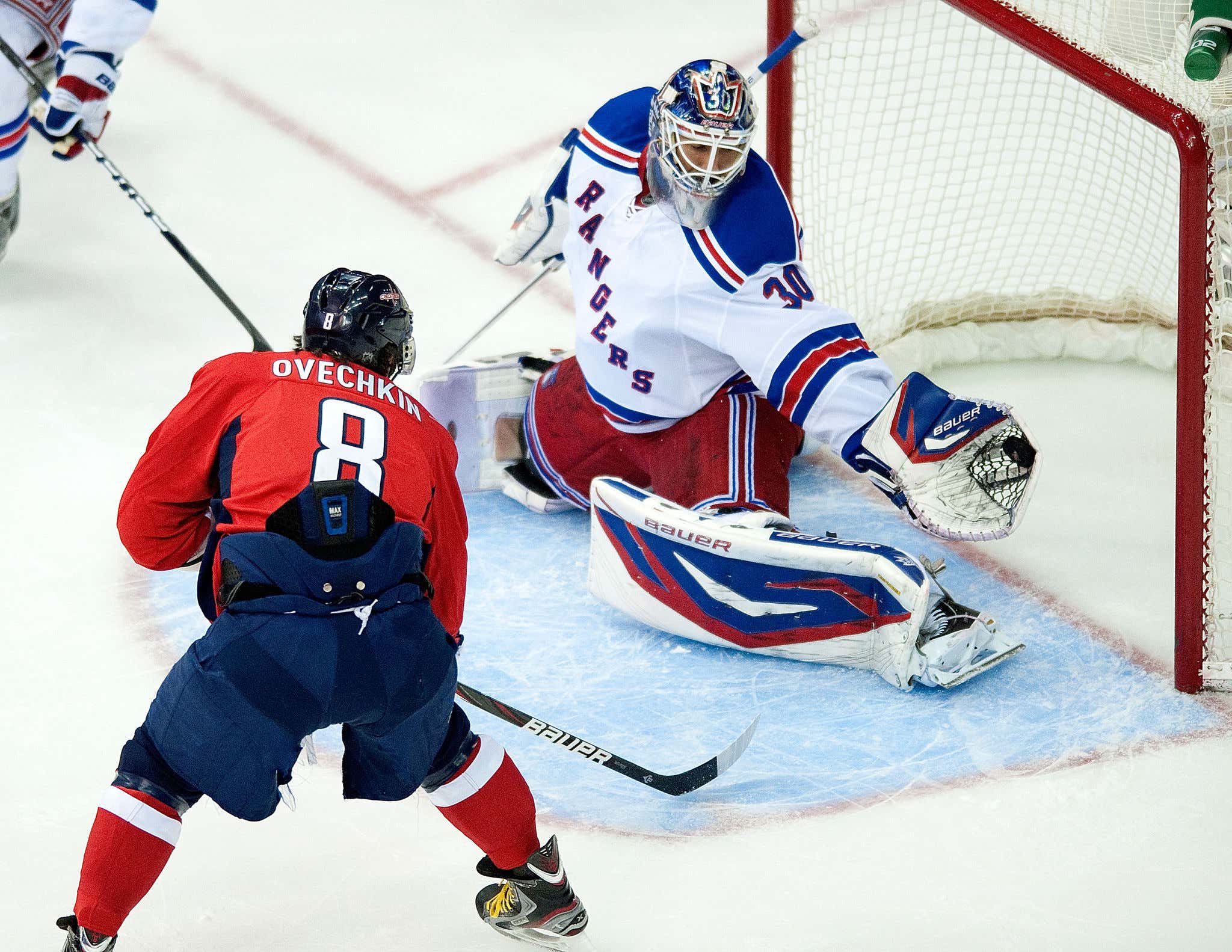 I don't think any one player dominated an entire franchise repeatedly in the postseason more than Henrik Lundqvist manhandled the Washington Capitals from 2012-15. These squads squared off in three of those four playoffs. All three series went to 7 games & the Caps had SIX chances to send the Blueshirts home in any one of them. Lundqvist shut the door every time, surrendering 1 goal or less in five of those tilts. Over the 21 total games, Hank laughed off everything Ovechkin & Co. could muster to the tune of 1.65/.941. Luckily for DC fans, their team stayed competitive while the Rangers faded or Hank might've fucked up their 2018 Cup too. Now, their postseason nemesis joins forces in hopes of getting a Cup of his own.

Landing in Washington shouldn't be a surprise. I wrote about this back in April saying the Caps were a very good fit for Lundqvist:

Washington - I think the next-best fit would be the rival Capitals. Holtby is a pending UFA coming off a couple pretty bad years and I can't imagine DC brass are gonna pony up anywhere near the price tag he'll get elsewhere. Samsonov is clearly the goalie of the future, but with just 22 pro starts under his rookie belt the 2018 champs will make sure they have a more-than-serviceable contingency plan. Enter Lundqvist, whom the Caps have seen plenty of over the years. Should Samsonov struggle or get hurt, his squad would be plenty confident in handing the reins over to Hank as opposed to another unknown or a career backup.

I'd prefer a slam-dunk HOFer with a chip on his shoulder play anywhere other than the Metro but, with his family roots firmly entrenched in New York, staying on the east coast was obviously preferable. Backing up a highly inexperienced netminder on a win-now squad is his best shot at being a legit contributor to a potential Cup run - and I'm rooting for him. Obviously it's Rangers first and foremost but, despite Lafreniere, serious championship hopes are still a bit away. So if it can't be them then it's gotta be Hank. I don't care if it's with a team I despise. I don't care about anything other than seeing the player most deserving of having his name etched on the greatest trophy in sports accomplish exactly that.

The Caps racked up 90 regular-season points in 69 games - tops in the division and 3rd in the East - despite a horrendous 3.11/.898 season outta Holtby. Washington was actually a pretty solid team defensively and top-ten in possession, yet Holtby ceded 12 more goals than expected. Lundqvist was supposedly "brutal" yet he stopped 4 more than expected behind the league's worst defense. What does all that mean? At worst, the 38 year-old is still a mid-tier goalie capable of exceeding expectations and that's be a significant step up from what Holtby gave them. Samsonov is the anchor of the future there, no doubt - but with an aging roster looking for one more parade, new skipper Peter Laviolette will have a quick hook if he struggles & the King shows any resemblance to the brick wall who haunted the franchise during several runs he singlehandedly cut short. I'm begging for it. Let's go Caps Hank!