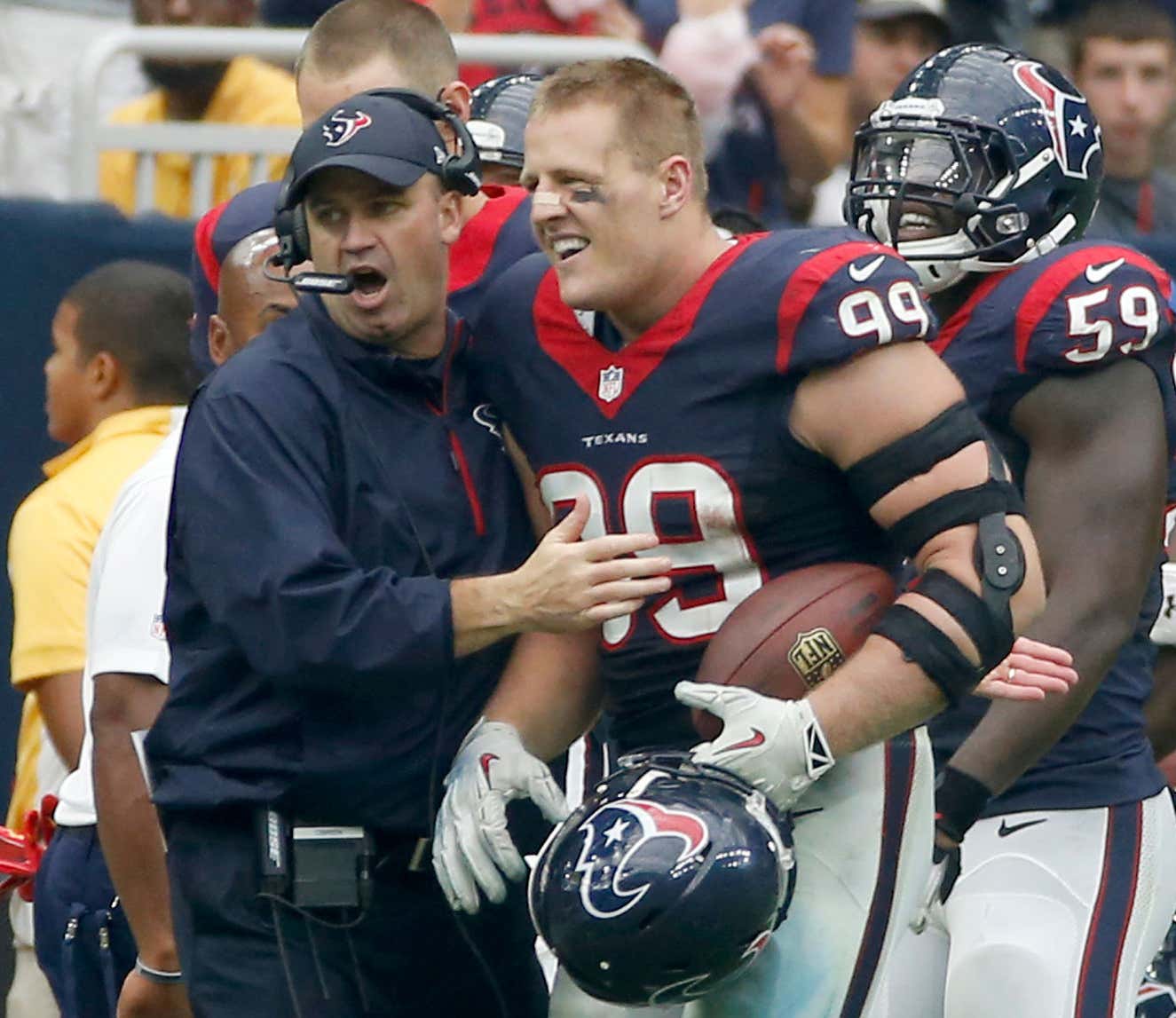 Well this explains a lot. Not only did Bill O'Brien lose a power struggle against the former Patriots Theology Coordinator  he hired:

… he tried to take on the one guy in Houston you do not lock horns with. It's one thing to think you have more juice than a dweebish Man o' God who has unholy ambition and is willing to leak inside info he needs to win favor with reporters and advance his career. But you do not come out on top against JJ Watt. Somehow O'Brien forgot which baboon in the Texans' jungle has the biggest, reddest ass. He took on the Alpha, and he got the outcome any reasonable person would've told him he'd get.

It's practically unheard of to get fired this early in the season. Hundreds of coaches have started out 0-4 and kept their jobs. It's got to be rarer still get canned after winning 21 games over the previous two seasons and winning a playoff game in January. But O'Brien has no one to blame but himself. This was a self-inflicted wound. He stepped on rake of his own volition. A 6-foot-5, 288 pound rake with five All Pros, three DPOTYs and an ego the size of Jupiter. You don't take him on unless you're trying to commit professional suicide.

So it's not hard to believe that disrespecting Watt would set off a player's revolt. Anger him and he's the Mockingjay to your President Snow. And the oppressed masses will waste no time following him to the capital to end your oppressive regime.

And so now the job falls to Romeo Crennel, at least in the short term. A universally beloved and respected 73-year-old coaching lifer. But also a guy on his third HC job who never made the playoffs in six prior years of experience and whose career .337 win percentage is .183 below O'Brien's. But as long as Romeo keeps Watt happy, he'll last the season. That is apparently the job description there now.

Because JJ Watt would never undermine another coach and get ownership to pinkslip him, right?