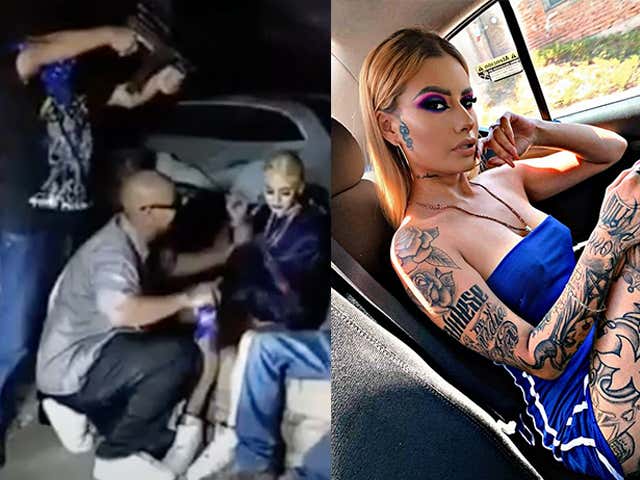 I'm a fan of TikTok. I think there's some funny stuff on there. The drama isn't bad either. People love reading about it.

There are definitely some trends on TikTok that I think are pretttyyyy dumb. One that definitely happens more than it should is "fake kidnappings." It's not as popular as some of the dances, but I've seen more "fake kidnappings" on TikTok than I'd like to admit. Usually, it happens in college Zoom classes. We get a bunch of them in the DMs on Instagram. Like any Internet trend, the first few were funny, now they are completely played out.

I guess this trend has gone international because a fake kidnapping went VERY wrong in Mexico:

A 20-year-old Mexican woman was accidentally shot dead while filming a TikTokvideo where she and 10 friends staged her kidnapping.

In the video, Areline Martínez appeared to be blindfolded with her hands and ankles bound at a small farm home in the Chihuahua neighborhood of Rigoberto Quiroz on Friday.

The mother-of-one was seen sitting next to a young man who played the role of a hostage when a second man second male playfully attacked the pair. A third man is then seen waving an automatic weapon at the pair.

Here's a video of the TikTok before the deadly incident:

"One of the hypotheses is that they were tampering with a firearm thinking that it was not loaded [and] they shot the woman,' said César Augusto Peniche, the Chihuahua state attorney general, according to Mexican news outlet Proceso.

Just a brutal way to go out.