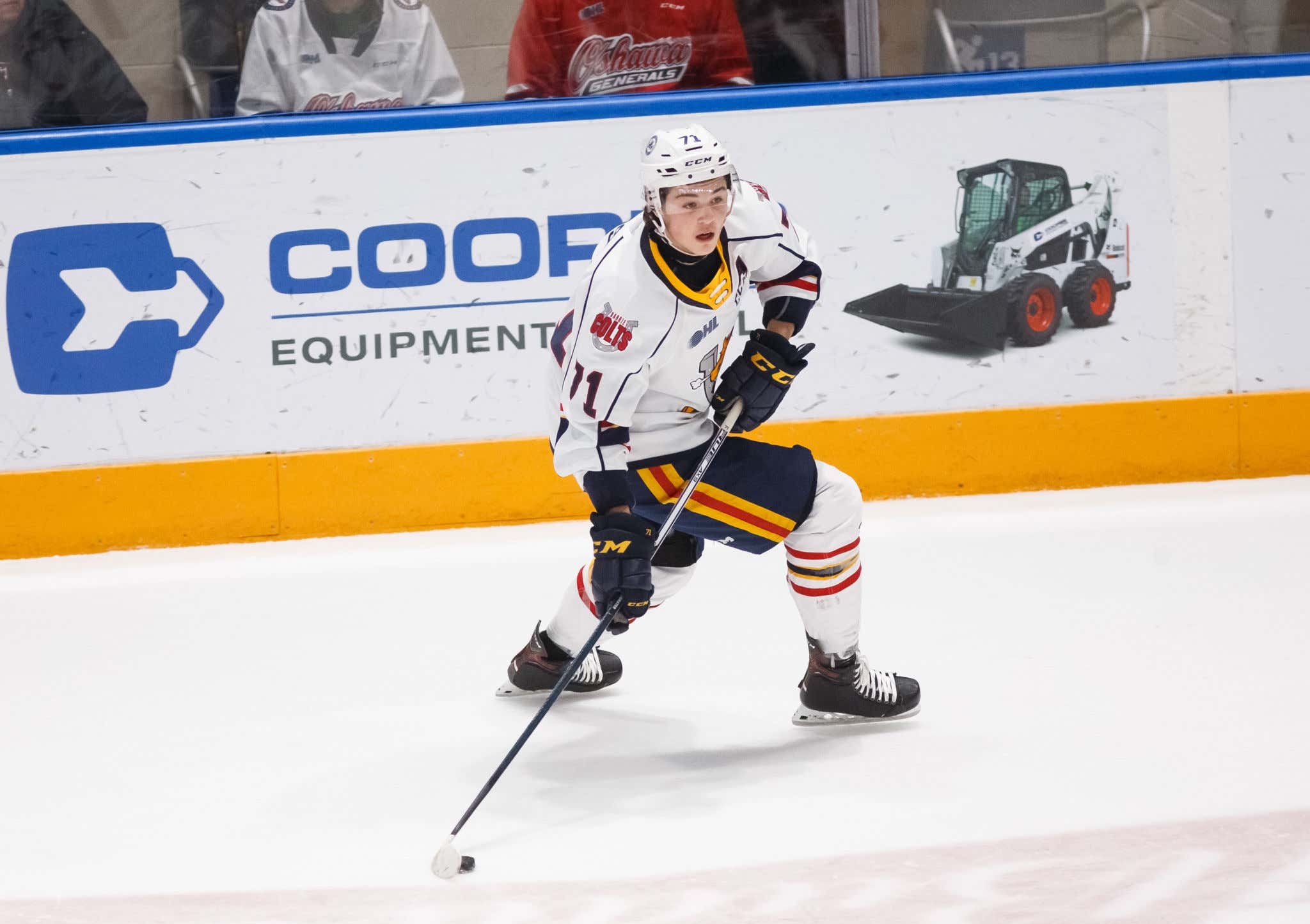 At the beginning of the day I was really hoping that the Flyers would be using the 23rd pick to land themselves a certified sniper. But in the sense that they would package that pick in a deal to Winnipeg for Patrik Laine. That didn't end up happening.

Now in no way am I saying that Tyson Foerster is the same thing as Patrik Laine. Not even close at the moment. But does he possess some of the same qualities as Laine? Good size, absolute piss missile of a shot, pure goal scorer?

Yes. Yes he does.

Now I don't know a ton about Foerster. I'm not a huge Barrie Colts fan and since he hasn't played for Team Canada in any of the major U17, U18 or U20 tournaments, I've never got a chance to actually watch him play. But what I do know is that the Flyers rarely ever go with a "skill" guy in the draft. They always look to take someone who can do a little bit of everything. And the fact that they went with Tyson Foerster, whose biggest attribute right now is that he's a fucking force on the power play, is a good sign to me that the Flyers know their system is loaded at this point.

They finally have the luxury of drafting specialty players who can provide something unique to a lineup. Not quite sure when he'll be ready to make the jump to the NHL level but when you look at the young core of the Flyers right now, you have to imagine he'll be able to jump into the lineup right when guys like Farabee and Frost are really developing into top end players in the league. Give it another 3 years or so. Let Foerster play another year or so in the O, get him up and down the lineup with the Phantoms, bring him up right when Farabee and Frost are total weapons. I don't hate it one bit.

Sidenote: I don't think that a potential deal for Patrik Laine is completely dead just yet. It sounds like right now the asking price from Winnipeg is just too damn high. Cheveldayoff is asking for Konecny, and he's high as a fucking kite if he thinks that Konecny isn't untouchable in Philly. But maybe he'll turn his brain on and realize that he doesn't have the leverage here. Pretty clear the player isn't necessarily a fan of Winnipeg, and pretty clear the team doesn't think they'll be able to sign him to anything long term. So now is their best chance to get a solid return for him, but they just have to meet Chuck in the middle somewhere. I'm totally fine with Ghost, Patrick and a 1st in 2021 if that's what gets the deal done. But Konecny is a firm "go fuck yourself for even asking" type of price.