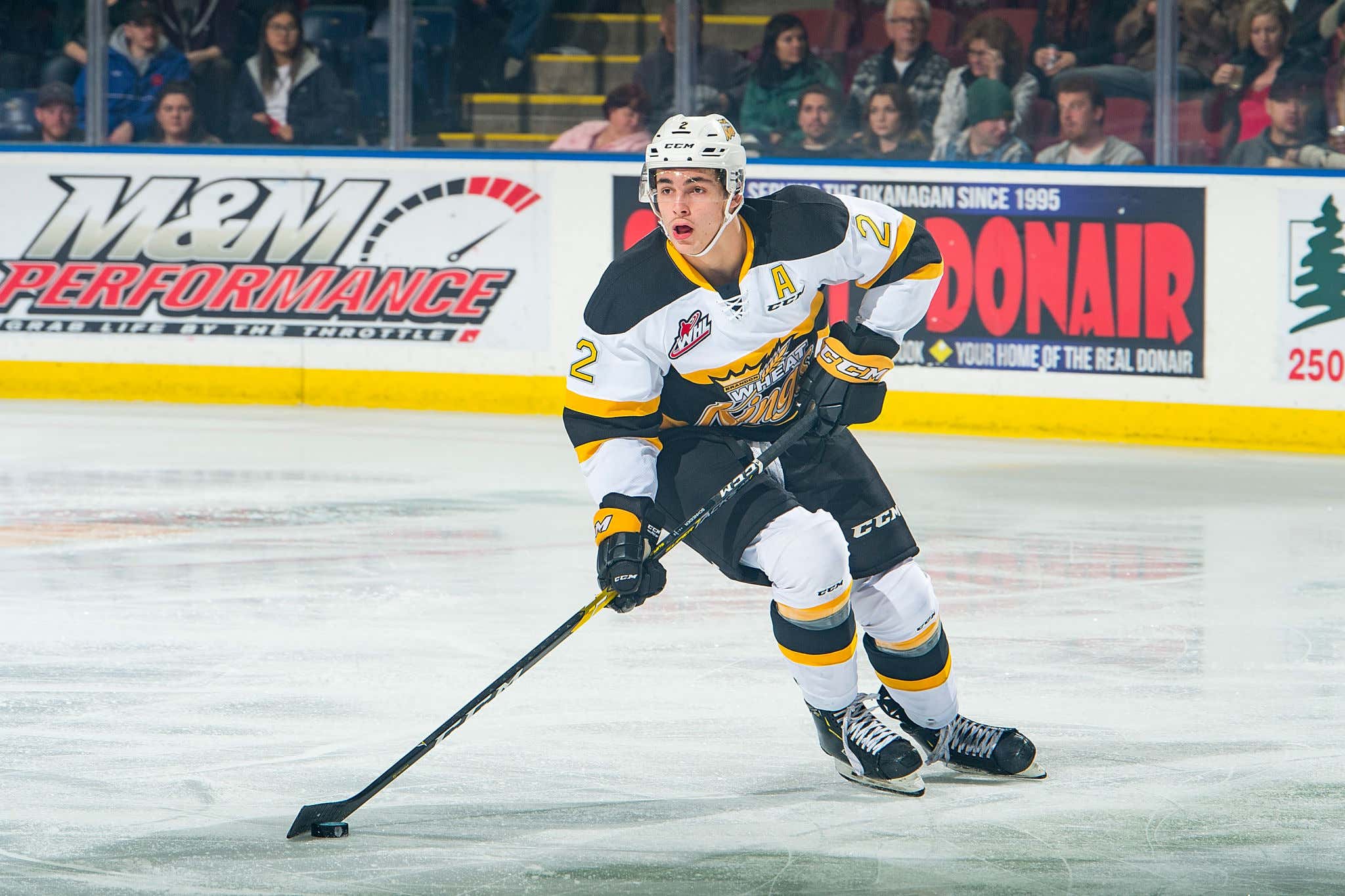 I'm surprised. Not that the Rangers traded their 22nd pick (along with 72) to move up to #19 - their second first-rounder was always in play. With guys like Zary and Lapierre on the board though, I figured they had a forward targeted. Instead, they leapfrog the Devils to steal big, bad, in-your-face RHD Braden Schneider. Schneider ranked higher than #19 on most big boards so it's not a question of value. If they had the 6'2 210-pound 19 year-old that high on their list then go get your man. Adding another name on the right side of a D corps though that's already got 2 of 3 spots locked up by Trouba & Fox for the foreseeable future with DeAngelo, who finished 4th in scoring at the position, and Lundkvist also in the mix seemed like the last thing they'd wanna do - but the name of the game is to draft best available. They must really love the kid.

There's no such thing as too many blueliners though and it seemed unlikely even before today that Tony D was in the Rangers long-term plans. How things work out in the long run with Lundkvist and Schneider remains to be seen, but cross that bridge when they get there. It's a lot easier to make moves for forwards. Trading for quality defensemen usually comes at a premium so the Blueshirts are clearly doing everything they can to groom the best young stable in-house and figure out their situation up front once some of their youngsters prove who they're gonna be with the big club. The one thing you can say about Schneider is that he's certainly a different type of defender than the Rangers have stockpiled. He's a great skater and capable with the puck (so, he's not Dylan McIlrath), but offense is not the name of his game. He's the unsung leader-type who plays high-leverage, shutdown situations and makes life a real pain in the ass for the best his opposition has to offer. Every team needs a whatever-it-takes guy like that on the back end. Here's hoping for a long, bruising NY Rangers future.