The relationship between "Platinum" Mike Perry and Darren Till has seen quite a few wild twists and turns over the years.

It all started over a misunderstanding involving going to a spa....

....then it seemed to be sprouting into the start of a beautiful friendship.... 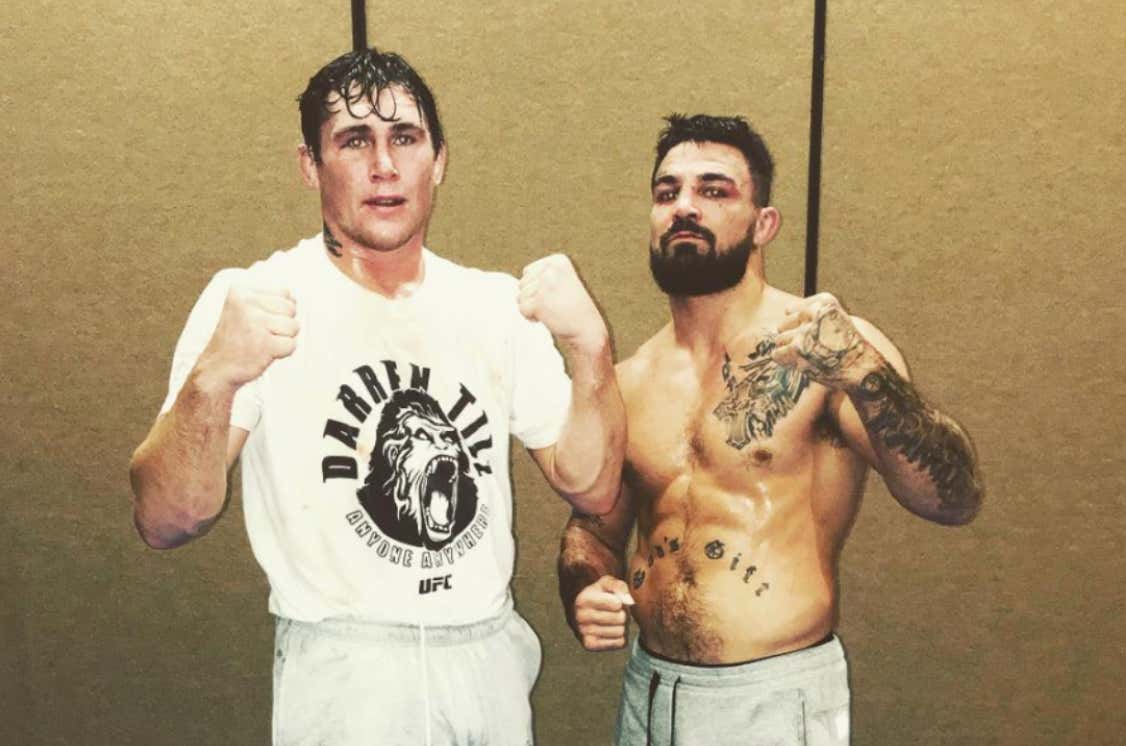 ….but then somewhere along the way deteriorated into Darren Till saying he'd raw-dog Mike Perry's bird (thinkin he was just chattin shit, having fun with him - that's how these crazy UK lads are) and Perry went absolutely fuckin berzerk on him…..

“He’s a fucking piece of shit. He’s a fggot. There’s nothing wrong with being a fggot unless you just like sucking dick. That’s cool. He likes to suck dick. That’s why he wanted to go to the spa. Fuck him. Excuse my language if that’s terrible, but I hate that motherfucker's guts. I don’t like when people say certain things.”

After that rant went live, it immediately took over MMA Twitter and everyone was talking about it, so what did Darren Till do next?

Fired back with a couple memes showcasing the "Platinum Princess", Perry's now ex-wife (she's the bird who Till said he'd rawdog), and Latory, his new girlfriend (and now sole corner-person).

Here we are MONNNNTHS later, and Mike Perry, still with just his (now pregnant) ride-or-die in his corner, decides to auction off another cornering position on the team for his fight with Robbie Lawler to the highest bidder….

….and who but Darren Till immediately volunteered to put up $5k (and then asked someone to let Mike Perry know, because he's still blocked by him)!

I bet he'd take it seriously too! It just seems like a humble bow to tie onto the end of this story….before Perry gets offended by something else Till says and the bow unravels like never before, that is.

For now, though, Perry's manager says it's pretty much a done deal….

….and Till is already havin fun with it….

….so I really hope it happens and we get a whole UFC Embedded style documentary in the lead-up.

P.S. I saw someone on MMA Reddit tried to put up like $10k, but respectfully, to all the randos on Reddit - nobody cares about a rando on Reddit. I think we'd all much rather see Till in there.

….which makes me think he may not be super down with having Till in his corner? Who knows. I'll update yas!

UPDATE #2: I DO NOT believe Darren Till will be cornering Mike Perry anymore.