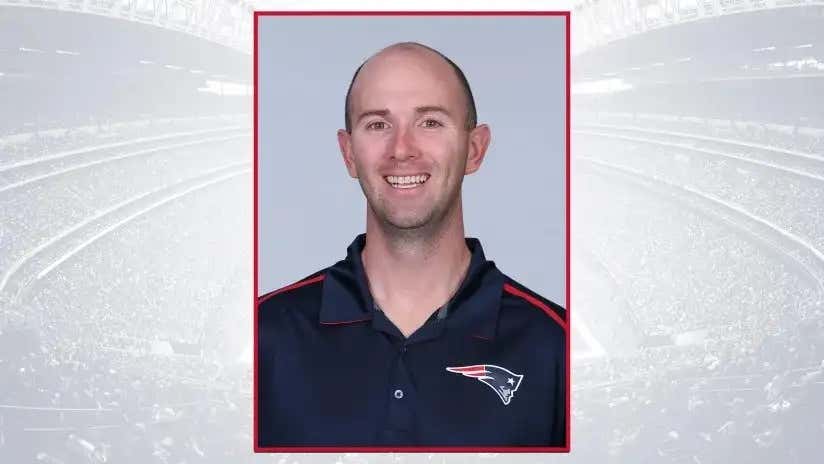 I don't know if the name Jack Easterby really resonates with too many people. If you're a fan of the Houston Texans, you know him as a guy Bill O'Brien brought into the front office to fill one of those anonymous roles with a job description no one outside the office is familiar with. If you're a Patriots fan who is really into the nuts and bolts of how the organization runs, you might have watched a feature on him or read an article about how he was the team chaplain. A sort of Morality Coordinator who led team prayer meetings and counseled players. Allegedly. Since on his watch Aaron Murdnandez went on a homicide spree and Josh Gordon couldn't stay off the Samwise Gamjah long enough to keep drawing a paycheck.

If you're in the Patriots front office though, he's another story altogether. Then you probably know Easterby as the guy management is "pissed" at. Because he reportedly wanted to make football personnel decisions. Realized that Bill Belichick would sooner hire from somewhere else inside the organization than the Theology Department. And ultimately did: 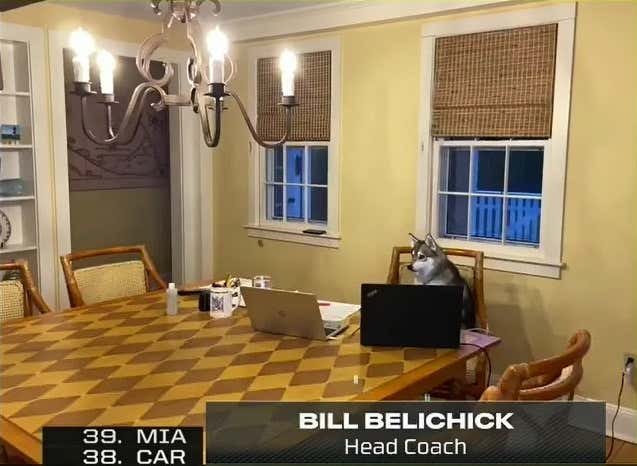 So Easterby used his connection to Bill O'Brien to land a position with the Texans. And used Mr. Kraft's legal charges in Jupiter, FL as an excuse to leave. Which he then leaked to the press. Then no sooner got to Houston than he worked to poach Nick Caserio away from his former employer like he's WEEI trying steal Carrabis away from Barstool.

But it didn't stop there. From Boston Sports Journal (paywall):

“[T]he Patriots, or at least certain influential members of the organization, are still plenty miffed with the Texans.

“They are livid,” said one source.

“This totally pissed them off, said another.

New England’s unhappiness toward Houston doesn’t have much to do with the Caserio situation. According to multiple team sources, the Patriots are irate over the departure of former Team Development Director/Character Coach Jack Easterby. …

Belichick attempted to retain Easterby, but he left for more power, a better title and more opportunity for the Texans. …

He’s not fraud or charlatan. But those aren’t usually the type of people who move around the NFL very often — they hook on with one coach and stick with him. If they depart, it’s usually for a lifetime college job or into the business world for bigger dollars.

And hey, give a guy credit where it's due. Easterby has pulled it off. Personally, I make it my policy to be leery of anyone who claims to be a person of God but who's just as obsessed with earthly concerns as all the heathens. Things like power. Money. Fame. Ego. Those are the people who all too often end up talking lonely shut-ins on fixed incomes into sending them a check so they can build another indoor pool and attached garage onto the east wing of their mansions to match the ones on their west wings. Or worse.

I'm not accusing Jack Easterby of any of that. I'm sure all he wants is to use his familiarity with scripture to springboard him into a job as GM of an NFL franchise. And now that he's gone full Judas on Bill O'Brien, he's one step closer.

Even though there are supposedly some, let's call them "irregularities" with his biography:

I am not kidding with you. He actually had on his resume that his first NFL job, with Jacksonville in 2004, was “assistant to the director of football operations." I won't even make the Dwight Schrute reference because it's too easy.

Instead I'll just say none of what we are hearing about this guy sounds very religious. As I wrote when he started the Caserio War:

His sinful pride and lust for personal glory wouldn’t let him settle for just being the chaplain. He wants to go from building a ministry to building a roster. From the New Testament to the Wonderlich Test. From the Holy Trinity to the 3-Cone. The gospel to the gridiron.

And  he realized he was never going to be involved in roster decisions in Foxboro even if he lived as long as Noah. So he hired an agent, took his 30 pieces of silver from Houston and betrayed his mentor. Now we know why a man of faith would turn his back on a mentor who sinned instead of offering him forgiveness and counsel the way the gospels teach. Because his faith is mainly in his career. And his ambition is all that matters. Rules be damned. What a fucking fraud.

Now, like Peter denying Jesus three times before the cock crowed, he has betrayed and abandoned yet another mentor. And getting all sorts of positive press. As you'd expect from someone who was known as a notorious self-promoter around the Patriots and most likely the "several sources" you heard from any time there was a report that made the organization look bad. From Peter King:

Owner Cal McNair’s been more hands-off than his father, franchise founder Bob, but Cal McNair could have a decision to make after the season. Two, actually. O’Brien brought in smart and authoritative Jack Easterby to run the front office in April 2019. If O’Brien goes, could Easterby, his hand-picked front-office chief, stay in a revamped organization? I wouldn’t bet against it.

"Smart and authoritative." There are people working in Foxboro who beg to differ. Go ahead and make this guy your GM, Texans. Just watch your backs when you do.