I was on the Barstool Dogwalk with the Chicago guys for their weekly snakedraft. The category we were drafting was "Villians" and the categories were (you have to pick 1 of each) Athlete, Movie, Disney, Video Game, Super Hero. Pretty good draft idea, lots of ways you can go.

Now, when I think of these drafts, and when I vote on Pardon My Take's Mount Rushmore drafts, I like the choices that go outside of the box. I hate chalk. HATE. I find it boring, and pandering, when people take the obvious choices. I guess "obvious" can still be "correct" in some cases, but I always give credence and credit to the picks that think outside the normal expected.

My favorite types of villains in movies, TV shows, etc aren't the ones you'd expect. I didn't have The Joker, Darth Vadar, Bowser, or any of the common ones on my draft board. But maybe I should have, because the good fellas of Chicago were not keen about my movie pick:

First of all, shout out to me for going on camera without a hat. When I keep my hair short like that I think it looks nice with the beard. So I'm trying to be more comfortable doing that.

But second of all, the asteroid is without a doubt not just a villain, but a really good one. I didn't realize the criteria was "it has to be a person", because if so, I obviously would not have picked a giant rock. But the thing is, in Armageddon, the asteroid causes more problems and issues for the world than any villain in movie history. It was the ultimate bad guy, and it became the ultimate feel-good story for the good guys, Planet Earth, when oil drillers went up and blew it to smithereens. Just because the asteroid isn't a living person does not mean it isn't one of the biggest villains in movie history. So I stand by my pick 100%. I think it's very fair and justified pick.

Here are the other villains that were on my list but didn't make the cut:

The Nail From "A Quiet Place" 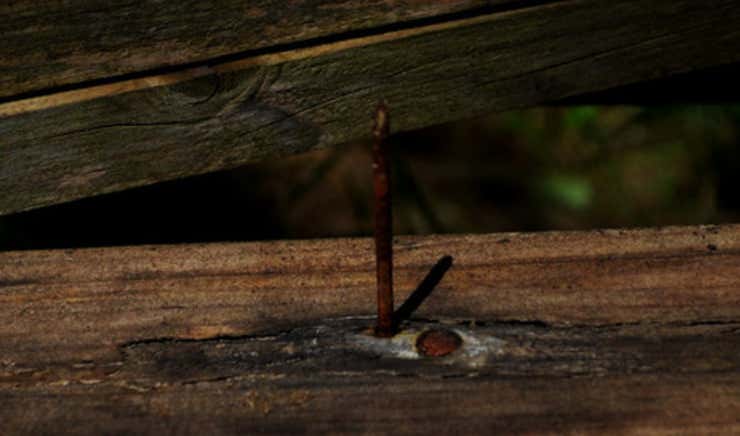 Like the asteroid, the nail can't talk. It's not a person. But it made the movie what it was. The entire time you know this nail exists, and it has you on the edge of your seat/covering your eyes/clenching your butt cheeks. In a world where nobody can make noise (also, noise is another great villain in this movie), you know the nail is going to come into play. It haunts you and taunts you the entire time. An all time great movie villain.

The Banking Industry From "The Big Short" 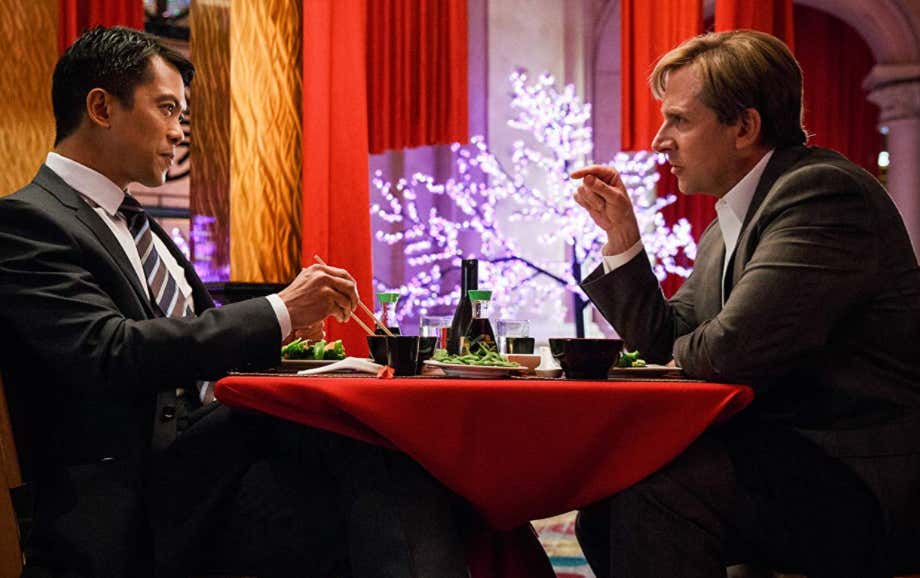 I almost went with this one as well. I love movies like The Big Short where there isn't one exact villain, but rather a concept. And in The Big Short, the villain is the entire banking system. And they present it perfectly. The scenes explaining how the banks make the subprime mortgages, the scenes where they are driving around Florida and meet with the bankers down there who laugh about how many loans they give out, and the best scene, the above where Steve Carrell's character talks to the douchiest banker of all time in Vegas and then decides he wants to bring down the entire institution.

The Catholic Church in "Spotlight" 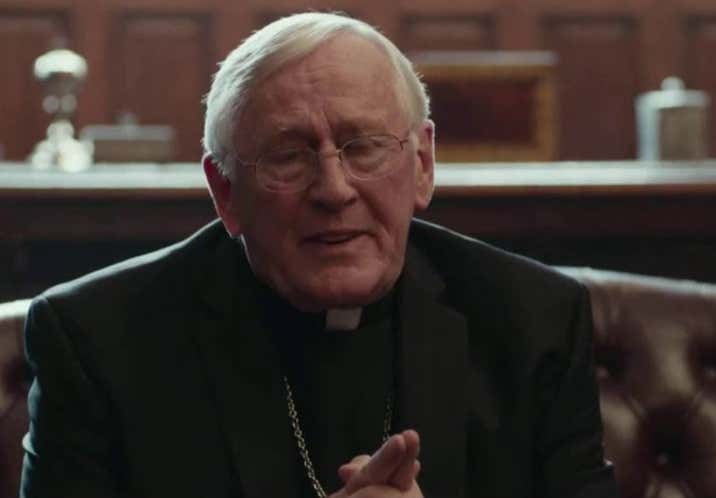 Another example of that type of villain is the Catholic Church in "Spotlight". Movies like The Big Short and Spotlight do a great job of shaping entire institutions as the bad guy. I don't need to explain why the Catholic Church is a major villain of the movie, but it's another great pick where the bad guy isn't just one person, but much bigger.

The Iceberg From "Titanic" (would have gone with this but the Iceberg is real so that's sort of cheating), The Virus From "Outbreak", The Concept of Love From "Oceans 11" (not sure what that one means but Jeff D Lowe said it's a good one)

Those are just some examples of villains that aren't humans dressed up as clowns or with super powers or something like that. While those are great villains too, I like the bigger ones. The ones that go deeper or bigger. So maybe the pick wasn't conventional, but I stand by it. Click on the link above for the rest of the draft.