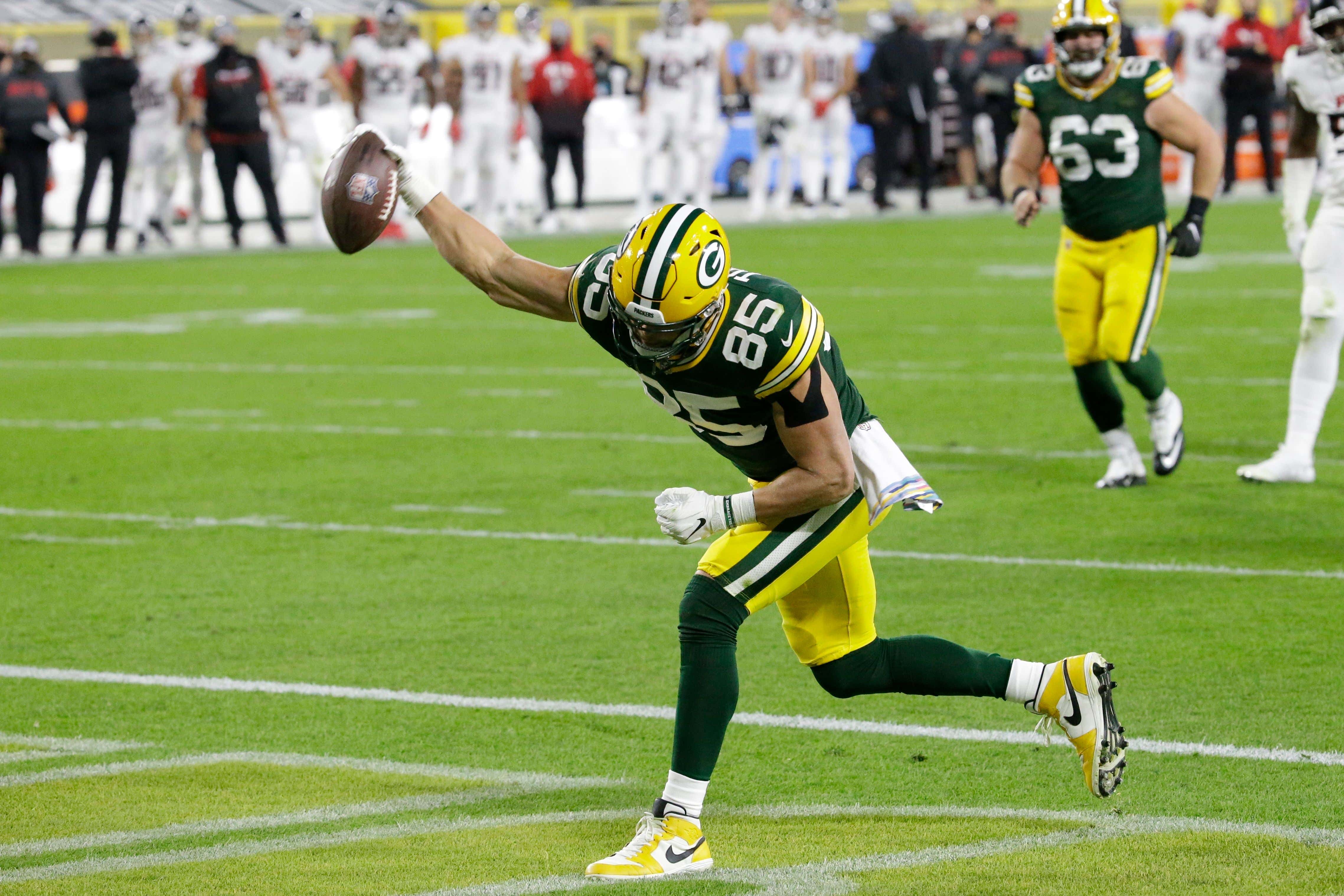 Well, don't say I didn't warn you. Aaron Rodgers has been here before. He doesn't need Davante Adams, he doesn't need Allen Lazard, he doesn't need Marcedes Lewis. Does he want to have those guys on the field with him? Sure, but he's made it happen with a hodgepodge of receivers before, and tonight, he did it again.

Maybe he didn't have a basically perfect 158.3 day, but I'd say 27 of 32, 327 yards, and 4 touchdowns is pretty damn close. And, not only did that happen without his #1 and #2 reciever and #1 TE, he did it all in the air with very little help from the ground game and a whole lot of Robert Tonyan.

Robert. Tonyan. Last season he only put up 100 yards and one touchdown… yet tonight he finished with 98 yards and 3 TDs. Needless to say, I did not see him coming! Then again, I shouldn't be that surprised. After all, he trains with his bff George Kittle and if - as they say - you are the company you keep, Tonyan is bound to be a boss!

Not only was that his third touchdown of the night, but upon further review…

He was tackled, rolled, popped up, and STILL caught the TD pass! You can't put a label on that kind of performance because you can't describe magic - it just sorts of exists.

Which is exactly what we're seeing out of Aaron Rodgers this year: pure magic. 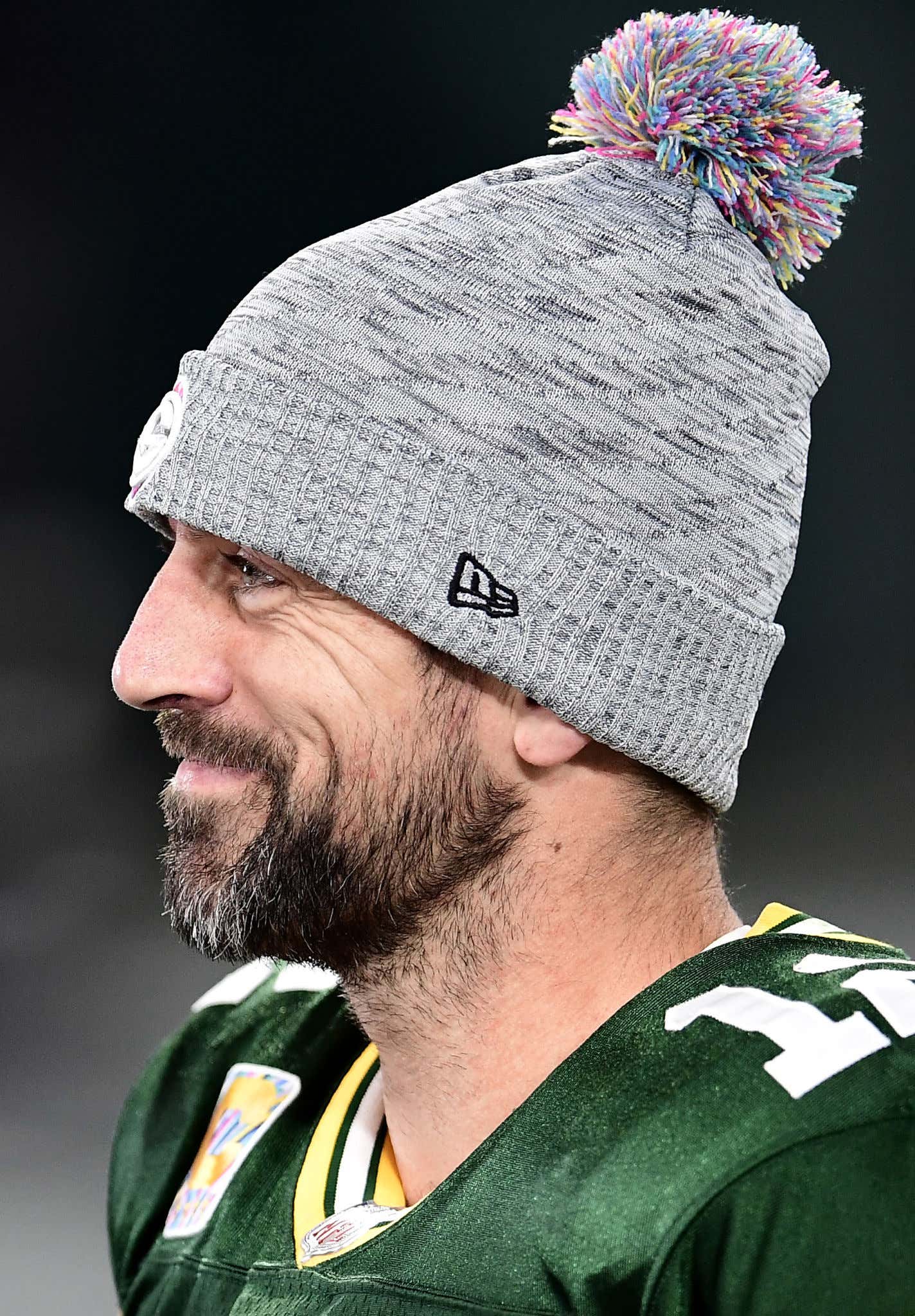 Look, I don't know exactly what happened to bring that permanent smile to his face, but I can tell you I haven't seen Aaron Rodgers smile like… ever. His joy is evident every time he talks about his teammates, every time he taps his helmet and pretends he can't hear Matt LaFleur, and every time one of his guys scores a touchdown.

That's 3 for Tonyan and, since we're counting, that's 13 touchdowns for Rodgers, 0 interceptions, and an average of over 300 yards/game. If this outrageousness continues, he's going to end up with over 50 touchdowns on the season! More importantly, the Packers are going to be impossible to stop.

If last year's team was the "worst-ever 13-3 team" (according to the haters), then this year's team is the best-ever 4-0 team. And with a bye week coming for the many who are injured, we've only just begun.