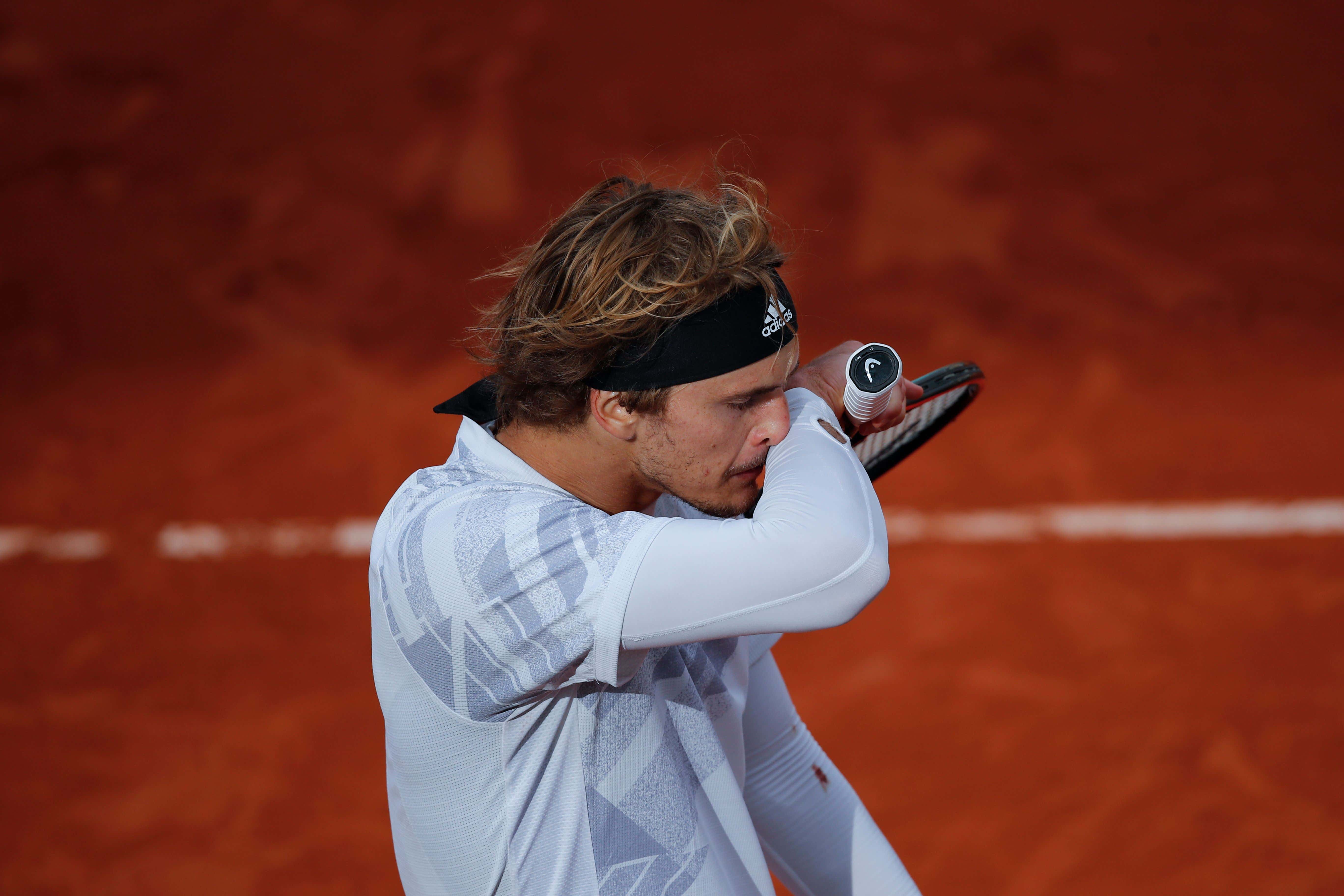 Just yesterday Alexander Zverev, the number 7 tennis player in the world, fell to Jannik Sinner in four sets at the French Open. Sure it was an upset, but nothing all too surprising given how good Sinner's game is. After the match however, Zverev revealed he's been sick this whole time and shouldn't have even played the match. Dude what???!?

“I’m completely sick. I can’t really breathe, as you can hear by my voice. I had fever as well. Yeah, I’m not in the best physical state, I would say,” Zverev said. “I think that had a little bit of an effect on the match today.” Zverev said he began feeling sick on Friday night, after his third-round win over qualifier Marco Cecchinato. Zverev said his body temperature reached 38 degrees Celsius, or 100.4 degrees Fahrenheit.

First of all, Zverev not telling anyone about his very clear covid-19 symptoms and playing matches through them is asinine. Motherfucker had a 100 degree fever and didn't think to tell a soul. What's wrong with you dude? Not only is that so stupid for your own well being, but putting everyone you come in contact with at serious risk is beyond reckless. Guy should honestly be suspended.

Now if you know Zverev, this shouldn't really shock you. This is the same dude who played in Djokovic's infamous Adria Tour during the height of the pandemic that saw multiple players get infected, as they played with almost zero precautions. Following the end of the tournament he said would self-isolate just to be safe, despite testing negative for the virus. He was almost immediately seen out partying like nothing was wrong at all.

So yeah this dude is a gigantic, selfish asshole. Hopefully the ATP comes down on him hard. You just can't be doing this. It does not get more selfish and arrogant than having clear covid symptoms and not telling anyone.

Aside from Zverev, the lack of strict rules from the French Open Federation regarding the virus are absolutely insane.

Zverev’s last test was on Tuesday, with the negative result returned on Wednesday, the federation said. “Today he received a reminder for his next test, to be carried out within five days of the previous results,” the federation said. “He did not consult the tournament doctors before his match.”

Dude's last test came almost a week ago. These players aren't being tested everyday? Every five days? WHAT??? It's a two week tournament! So basically you get tested when you arrive, and maybe two other times? How could that possibly be what they came up with. No temperature checks either? They're also allowing up to 1,000 fans per match and they can sit next to each other. Did Djokovic make the rules?

The players are staying at a public hotel from what I gather so the fact that they're not being tested everyday seems beyond idiotic. Obviously this wasn't going to work. I think the virus has shown that if you decide to not take it seriously it will attack with zero mercy. Clearly the French thought they were above the virus. Morons. How hard is it to test the players everyday? Literally do what the US Open did a few weeks ago where everything was handled perfectly. The fucking French, man.

So yeah this is a shit show. Jannik Sinner played Zverev yesterday and gets Rafa Nadal tomorrow. How does that work? No idea. Who knows if they even get to the final on Sunday at this point. Will they alter the rules and start testing daily? I mean you have to if you want to finish out this thing, but it might be too late already.

P.S. Djokovic might win this thing because he already got covid and if there was an outbreak could very well be the last man standing. Motherfucker.