Earlier today, Davante Adams apologized for not being to able to suit up for tonight's MNF game against Atlanta.

Did the organization take "I guess I don't know my body as well as others" as a frustrated, snarky, smartass dig at them and their medical staff? Maybe. Probably. But I love it! That is exactly what you want to see from your star receiver! You want him doing everything he can to get back out there and you want him to get pissed when he's told he's not quite ready. That itch, that dedication to the game and his team that causes him to send a smug tweet - that's the good stuff!

And while of course nobody will ever know his body as well as he does, sometimes it's difficult to know our own limits and we can end being our own worst enemy. If the team says he's not ready, he's not ready, or at least it's not worth risking his long-term availability. We're not at a critical point in the season where prematurely starting a player is necessary for the advancement of the team, even with Allen Lazard out.

Even if he has no one to throw to.

No Adams, no Lazard, no Mercedes Lewis, no back up TE Josiah Deguara, no worries. As much as I hate that we're here, again, we've been here before and as I recall, that worked out pretty well. 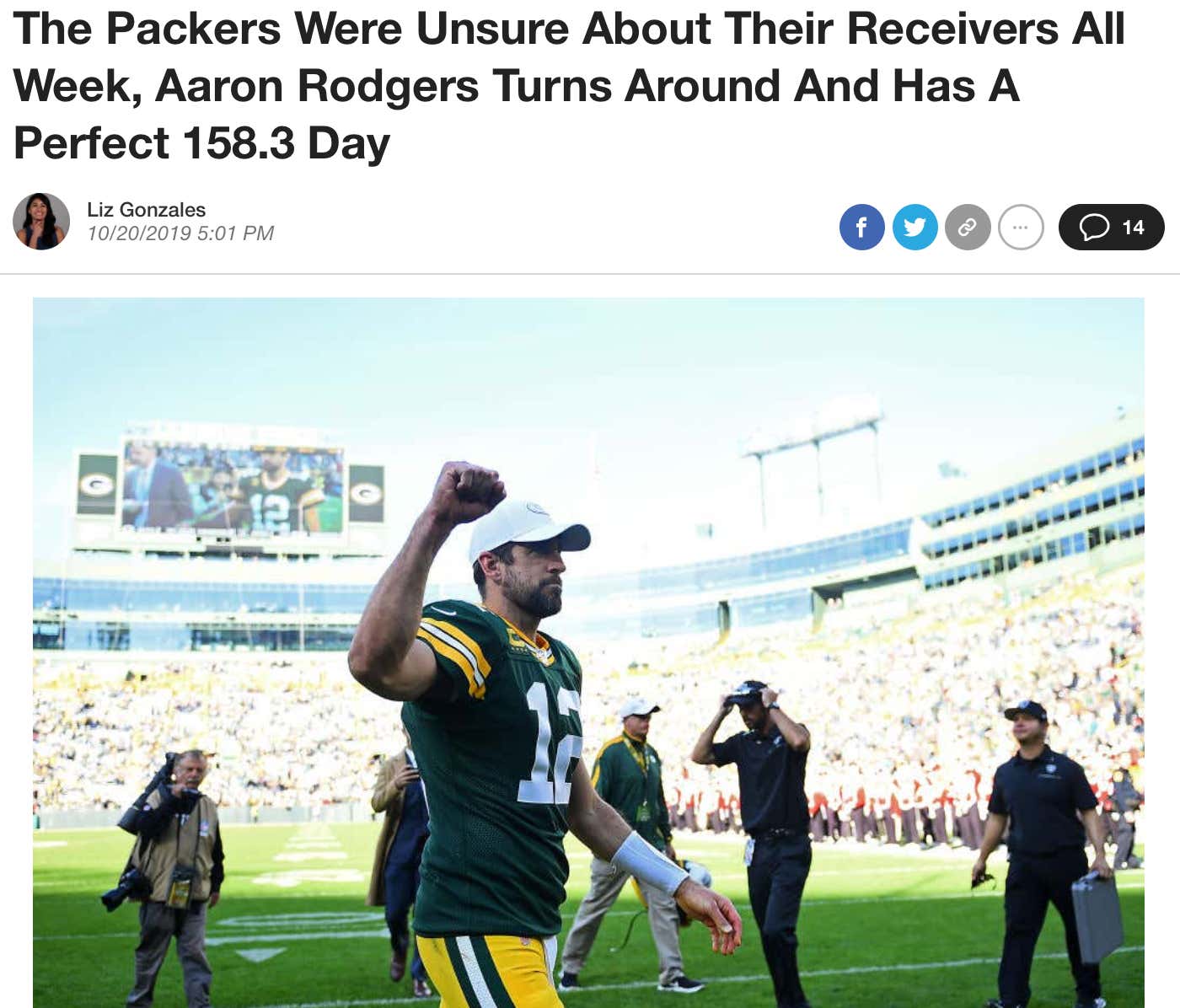 In Aaron Rodgers we trust because by now we've hopefully figured out that Rodgers is gonna Rodgers.

And, hopefully, Atlanta is gonna Atlanta. (Spare me the trap game bs.)