In the open world video game Free City, an amalgamation of Grand Theft Auto and Fortnite, Guy (Reynolds) is a non-player character (NPC) working as a bank teller. Thanks to a program developed by programmers Milly (Comer) and Keys (Keery) inserted into Free City by the publisher Antoine (Waititi), Guy becomes aware of his world being a video game, and takes steps to make himself the hero, creating a race against time to save the game before the developers can shut it down

As a big Ryan Reynolds guy, I'm very much into this. I think most gamers have an affinity for open-world games and funny NPC interactions. The idea of them being sentient while I'm crashing a black hawk into a building and shooting a random passerby to take the $5 he dropped is both horrifying in a Westworld way and kind of funny.

Reynolds almost seems determined to being video game themed movies, which are maybe the most historically bad genre of movies, into relevance between the surprisingly solid 'Pokemon: Detective Pikachu' and now this. Personally, I'm all for it. So many video games have richer and more interesting stories/lore than any movie out there, but studios so rarely get it right. I don't think you can technically call this a "video-game movie", since it's not about a specific game, but I think if it succeeds it will bode well for the broader genre.

Beyond the concept, I also love this cast: 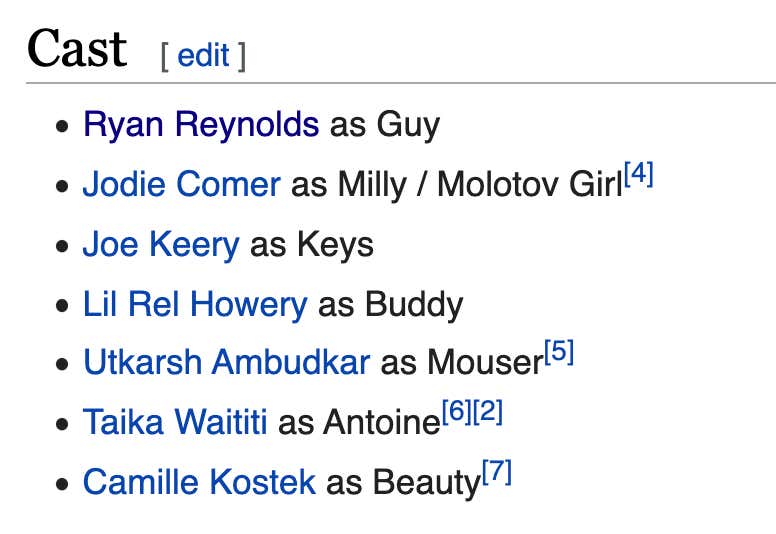