Well this makes that moment even better. Remember this from the fourth quarter?

What a move. That's the irrational confidence we all know and love when it comes to Jimmy Butler.  Basically we got a real life version of this 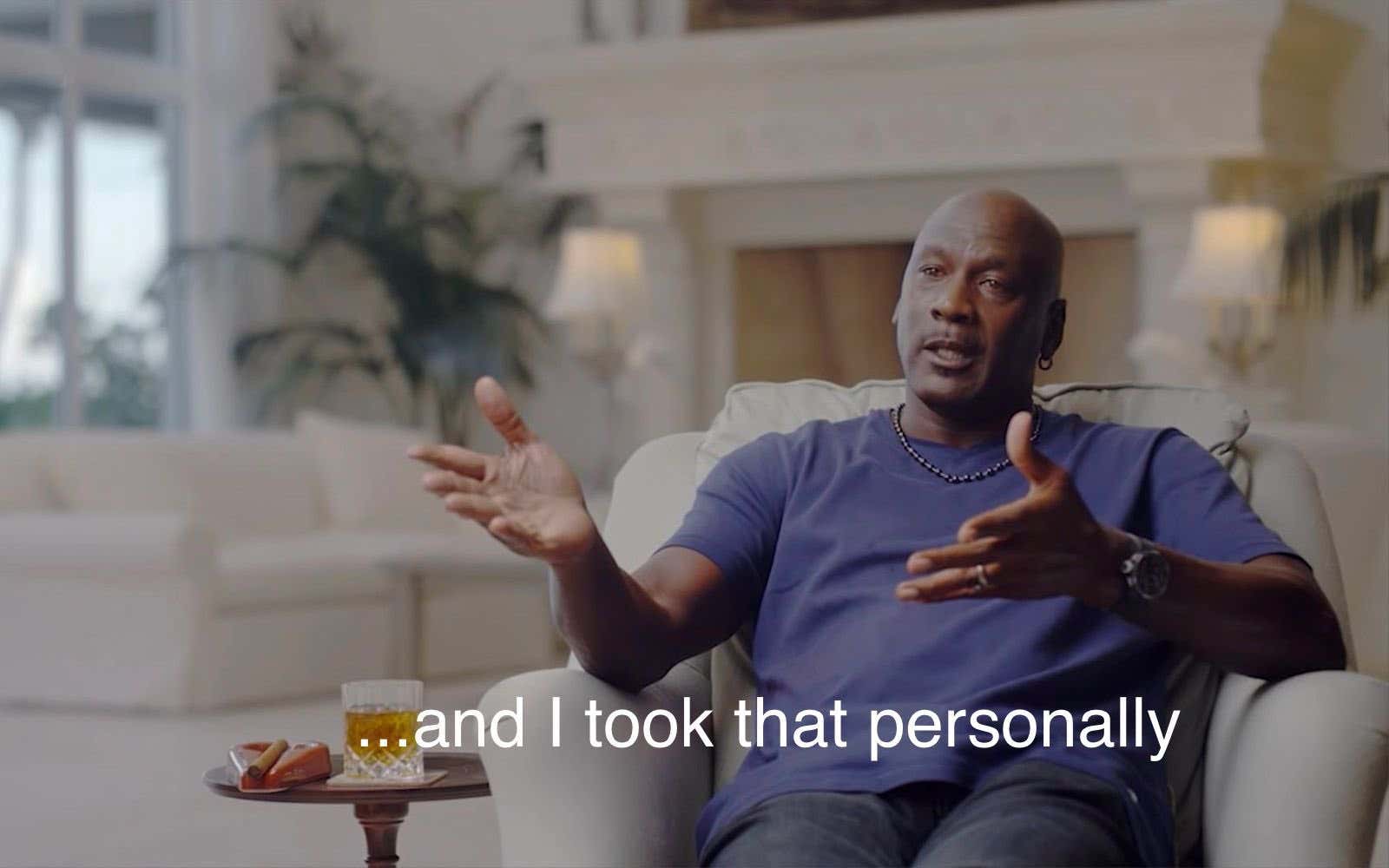 It would have been an awesome moment even if he had just come up with that on his own. But to learn that he was actually using LeBron's own shit talking against him?

That makes it so much better. Why LeBron was talking shit in the first quarter was a little strange too, the Heat won that quarter 26-23. What a weird thing to do. I could understand if they had a huge lead and LeBron was unstoppable, but he had 8 points in the first and 4 of them were FTs.

Maybe this is why LeBron left the court early? Was he embarrassed? I mean you pull a move like that only to get punked right in your face? Tough look for the King. I'm sure he thought he was so cool when he said that shit to Butler too. Probably thought they were going to win by 30. Next thing you knew Jimmy Butler was tearing him a new asshole. Do you think LeBron was talking about how much trouble the Heat were in when he was going 2-5 in the fourth quarter? Or did it go back further to when he only scored 9 second half points. I'm sorry but if you are going to talk that shit you have to ya know….back it up. Like Jimmy Butler did when he dropped 21/5/7 in the second half on 6-8 shooting.

Even though he'll never admit it, you know LeBron is embarrassed about it. I bet he won't do that shit again for the rest of the series. What is the one thing we've learned so far during this Heat run? You do not talk shit to Jimmy Butler. You just don't. If you do all that happens is you poke the bear and he comes out and mauls your entire face off. Classic front running LeBron running his mouth like he's untouchable only to get stuffed in a locker and leave the court with 10 seconds left after blowing a chance to effectively win the Finals last night.

You truly hate to see it.