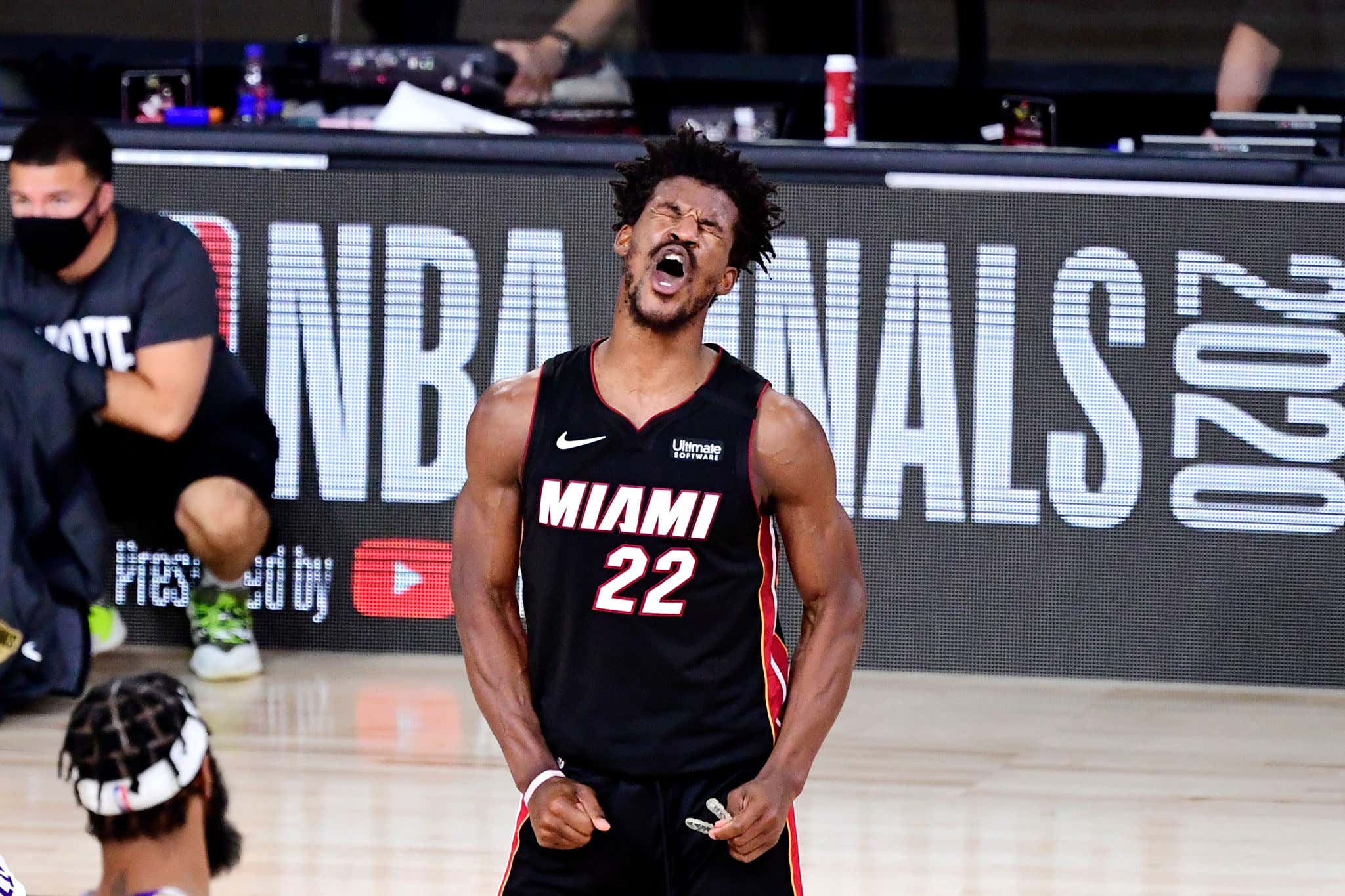 Good morning everybody happy Monday and welcome back to another edition of Last Night In The NBA where we bring you up to speed on everything that went down from the night before in the Association. Chances are you were drunk on football last night and may not have even realized there was an NBA Finals game on Sunday, but boy did you miss a good one if that's the case. In what looked like a sweep to some, this series now has new life and finally we had ourselves a competitive Finals game. Hopefully this is a sign of more to come, and as always if for whatever reason you missed the action keep on reading because here's what happened.

If you're a Lakers fan, you aren't panicking just yet. Why would you up 2-1? At the same time, the reality of the situation is the Lakers essentially blew their chance to win the title last night. Going up 3-0 would have all but sealed the deal for their 12th championship as the Los Angeles Lakers. Nobody is coming back from that. Instead, they played with their food and now this series is at least going 5 games, maybe more. The Miami Heat played like their season was on the line and that's exactly how they are going to have to play the rest of the way. This looked so much more like the Heat team we've seen all bubble, they played hard as fuck, their defense was on a string, they knocked down threes, they were awesome in the clutch, all the things that got them to the Finals in the first place.

But of course, it all begins with Jimmy Butler. How could it not? The man did something in Game 3 that no player has ever done in NBA Finals history.

Nobody has ever put up 40/11/13 on 70% shooting. Just look at those numbers again! That's some LeBron shit if we're being honest, but Jimmy Butler was on a different level right from the jump. He was uber aggressive early, knowing that he had to basically be perfect to give his team a chance. The craziest part is he did all that without attempting a single 3PA. Imagine that in 2020. This was an old school, in your face, I want this more than you, performance. When you play like that, it inspires the rest if your team and they followed suit.

For example, this may not be a sentence that Lakers fans want to hear, but it is 100000% the truth.

It's true. In a real life basketball game, in the goddamn NBA Finals, Kelly Olynyk was better than Anthony Davis. Even someone like me, who has spent years of their live believing in Kelly Olynyk, couldn't believe what my eyes were seeing

17/7 on 5-9 shooting with 3 3PM. That's the grip it and rip it Olynyk I know and love. This is actually the second game he's been really good in, and somehow he is a difference maker in this series while the Heat wait for their injured stars to get back. 2020 is fucking weird.

But then there was also the Baby Goat. If we're being honest, this has been a brutal Finals for Tyler Herro after the world was sucking his dick after the ECF. That's OK, I mean the kid is 20 years old. Well he had by far his best game of the Finals and man did it come at a great time

Once again he was HUGE in the fourth quarter, his 8 points were the second highest total on the team and he went 3-5 int he quarter. Huge bucket after huge bucket just like what we saw in the last series. Hopefully this is the performance that gets him out of his slump.

To me, the biggest difference for the Heat in game 3 was there was never an offensive drought. Earlier in the series there was always one quarter where they just couldn't score. Usually it was in the second, the Lakers would go on a massive run, and that would be that. But last night they kept delivering punches the whole way. The Lakers didn't win a single quarter! Their biggest lead was only 4 points. Even to start the fourth quarter when they went on an 8-0 to take the lead with about 9 minutes left, the Heat didn't panic. They went on a run of their own and the rest was history.

Now Bam/Dragic just need to come back and we'll have ourselves a series.

For LAL, like I said you aren't panicking because again, you are up 2-1. At the same time though you can't play with your food. If this thing somehow gets to 2-2, well allllllllllll the pressure shifts to the Lakers. They looked like a team that thought they were just going to roll over the Heat because of how the two previous games went. But when LeBron/AD put up pedestrian production

This team is beatable. Especially when they also turn the ball over 19 times. I've seen that movie before. Usually I'd say when the Lakers get 38 points from Kuzma/Morris and they make a combined 9 3PM, that the Lakers ran away with the game.

but their defense was no where close to as good as we've seen the previous two games. Besides AD/LeBron, no other Lakers starter did shit. They were DOMINATED in the paint to the tune of 52-34. How on earth is that possible? Well no defender could keep Butler out of the paint for starters.

Sort of weird how LeBron didn't decide to take that assignment himself right? Didn't he say that shit earlier? That it was winning time so he decides to take the best player? Well where was that shit last night as Butler was carving up that entire defense.

Listen, they could very well come back and win Game 3 and have a dominant 3-1 lead. That's absolutely on the table. But at the same time, now Miami has some momentum. Now they believe. The Russian is cut. It wouldn't shock me at all if things are all tied and becomes a best of 3 series.

And that's it! You are now caught up with everything that went down last night in the NBA. We're off until Tuesday night, so make sure you do all your chores and shit so your calendar is free. Have a great Monday!