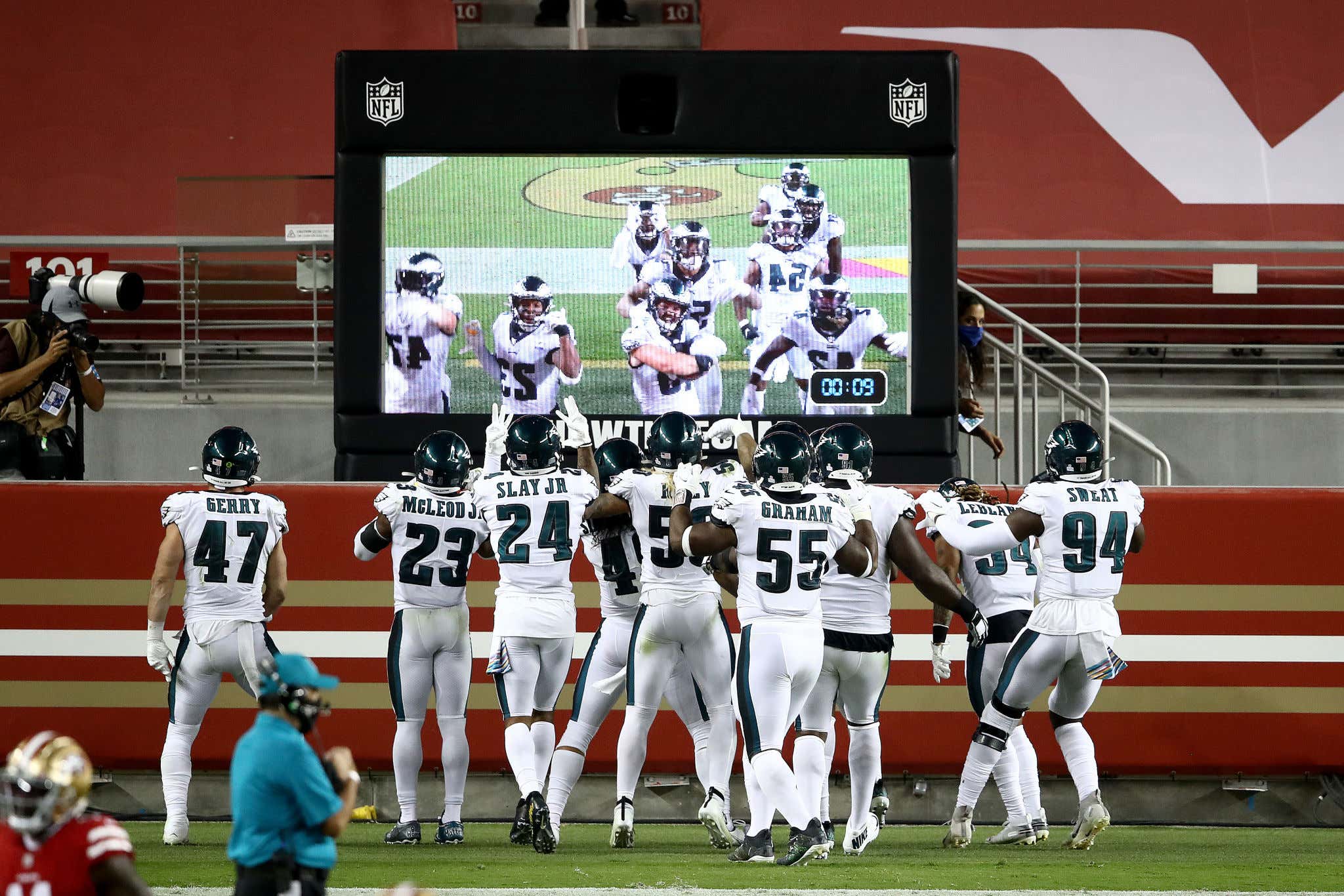 What if I told you that a team with a losing record in the regular season ended up winning the goddamn Super Bowl?

That's right, folks. Week 4. The Philadelphia Eagles (a professional football team filled with a shit ton of guys you've never heard of before) just locked up their first W of the year. And they are now in sole possession of 1st place in the NFC East. If the season were to end today, the Eagles are in the playoffs. And considering how dog shit the rest of the division is, all they really need to do is win like 5 or 6 more games. Seems manageable to me.

Especially when you realize that Ginger Jesus has risen. He's baaaaaaaaack.

Carson. James. Wentz. That's my fucking quarterback, baby. Launching an absolute Franklin Roosevelt to Travis Fulgham for 6. Never heard of Travis Fulgham before? Neither did Carson Wentz before he threw that ball. But 11 is back. He's so back. And the haters are furious.

P.S. - Keeping the receipts from the comment section in this one.