Coley beat me to the punch on blogging this skirmish earlier in the day (no pun or dad joke intended I swear) as well as the very important background information behind it. 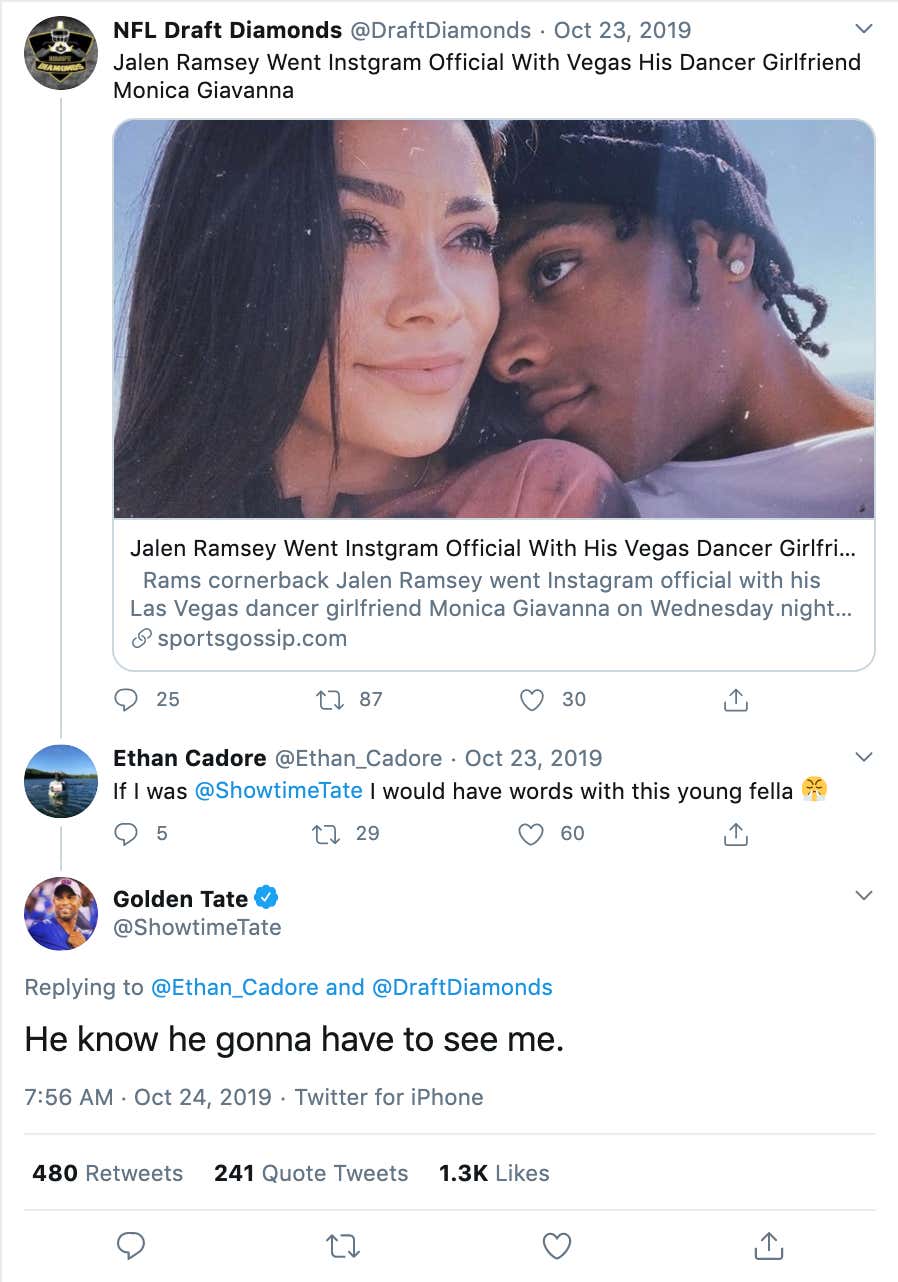 Which takes us to after the game when Ramsey was apparently outside the locker room waiting for Golden Tate.

I wouldn't dream of trying to figure out family drama that involves the heart and/or kids. But as a brother of a sister and a father of a daughter, I can understand Golden Tate saying "It's clobberin' time" and even appreciate him waiting until there were nothing but 0's on the clock of a close game where a penalty could have crippled the Giants chances of pulling off an upset.

To be clear, this has nothing to do with the girl Jalen left Tate's sister being a stripper. Just 'cause she dances go go. It don't make her a hoe, no. Wyclef said that, so you know it's true. I'm just saying I understand why Golden would want to make good on his tweet buried deeeeep in someone's mentions while not being sure what Ramsey could still be mad at other than whatever punches Tate landed on Jalen's pads or helmet. His team won the game, he's the one that got a massive new contract to spend the prime of his career/life in California, and he was the one who willfully cheated on the mother of his children. I could understand Tate looking to engage in a rematch either in a locker room full of procedures to prevent the spread of coronavirus or roughly 85 miles down I-15 in Temecula. But not Ramsey unless he's really looking to dial up his #brand of being a real life, super unlikable wrestling heel now that he's going to be in Hollywood for the foreseeable future.

Whatever. At least there is now another storyline about the Giants that people can talk about without them focusing on our offense failing to launch yet another week and I got to get a blog up about this little kerfuffle that will get clicks because it spills the tea or whatever the fuck the kids call drama gossipy shit. So I guess thanks to Jalen Ramsey for being an asshole that can't let shit go?