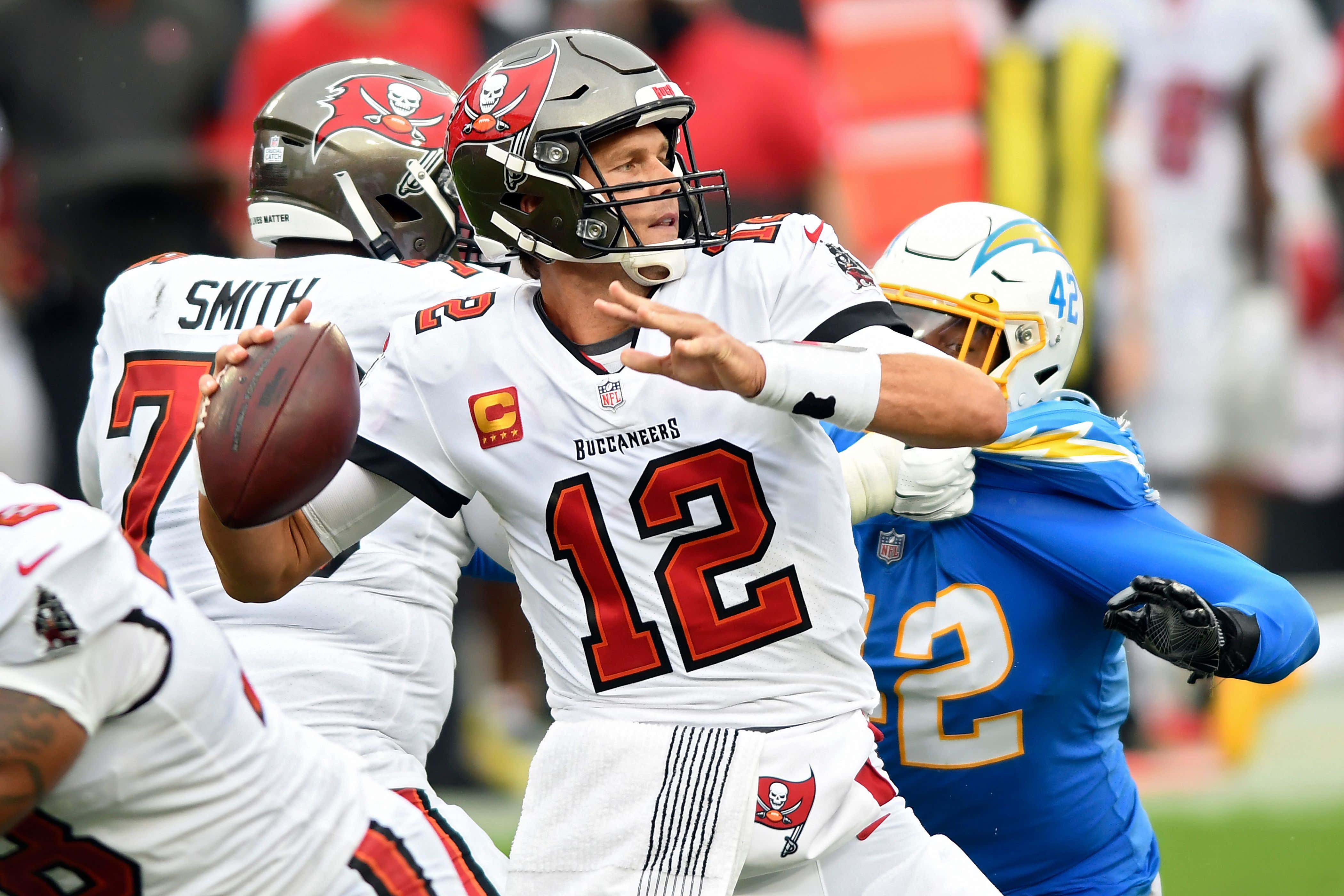 I don't know much about break ups. Or relationships in general. Or life. "Or football," you're probably thinking if you've ever read my posts before. But I have watched a lot of TV. Specifically, back in the day I watched a lot of "VH1's Behind the Music." And if there's one thing it taught me it's that, when creative, brilliant, strong-willed people collaborate for a while, it's only a matter of time before the narrator gets to the line, "But off stage, things were falling apart." And when they split, the bad blood stains remain in everyone's clothes, the resentment lingers, and everyone roots for the others' new projects to bomb. (At least until they all see the sales of their new albums and concert tours, decide the old creative differences aren't worth going broke over and reunite.) I mention this because I know a lot of Patriots fans who have been resenting Tom Brady touring with Tampa Bay like they're Eddie Van Halen and he's David Lee Roth going solo. I myself have struggled with it, but more in that way the E Street Band couldn't figure out why Springsteen formed that weird side project back in the early 90s. Like I'm still puzzled, but I'm trying to hold onto the hope he'll see the error of his ways and put the band back together with our version of "The Rising" or something.

Well if you're one of those people still filled with hurt and resentment and hoping his decision to leave blows up in his face like Slash's Snakepit, today was a terrible, horrible, no good, very bad day for you. And it made me appreciate September Jerry for getting over his hurt feelings and just learn to re-appreciate the continued genius of Tom fricking Brady.

Brady is getting back into that groove where he can spread out anywhere between three and five wideouts and identify where he's going with the ball either before the snap or based on one tell after the snap. Like I said in years' past, like he's playing Go Fish only he can see your cards. His 30 completions went to nine different receivers. Five of them had three receptions or more. He threw touchdowns to five different guys. (Six, if you want to include the interception and be an asshole about it.) He threw for 369 yards on 46 attempts, a YPA of 8.0, which is more than a yard better than his season average so far. Minus the empty stands and his coaches dressed like they fight for COBRA, and this had to be exactly the best case scenario he was picturing when he let the Buccaneers tamper (Tampa? Nah. Too easy.) with him last year.

Granted, it was looking dicey for a while. The Pick-6 was a terrible idea. Michael Davis was sitting on Justin Watson's stop route and he had help so Brady tried to slip it through a mail slot and paid the price. There was a stretch in the 2nd quarter where he threw like six straight incompletions. But that fumble by LA just before the half handed him the perfect opportunity to put a defibrillator to his offense's chest and get its heart beating again. He bookended the two Chargers possessions before and after the half with touchdown drives, like the brackets around parentheses in a math equation. The TD pass to Mike Evans was a unicorn, Brady slipping through the middle of the pocket and throwing on the run. The next one, to OJ Howard, was Brady playing the hits. He had Howard and Cameron Brate both running Go routes on the same side, waited until the safety picked one, and then hit the other. He made the right call.

For a while there in the 1st half, he was missing all his deep shots and was living exclusively on a diet of underneath stuff and checkdowns. Whether he was dinking or dunking or both I'll leave to greater football minds than mine. But trust me, that's what the Nick Wrights and Cliff Kellermans were going to be talking about tomorrow if Brady hadn't kept trying to adjust the aim of his mortar rounds. He hit Evans on that deep ball that he maybe underthrew by half a step by Evans tracked the ball while the coverage didn't. After missing on Scott Miller a few times, he put one right on his hands after he got behind double coverage for 44. Then followed it up by reading a coverage breakdown leaving Miller alone on a slant for the score. It's hard to imagine that this is the same Tom Brady who spent the better part of last year with the body language of a 14-year-old who's been told he won't get his XBox controllers back until he's finished his paper on "Beowulf." And the sick part of it is, he has barely had his full receiving corps on hand at the same time.

And no, I don't count Gronk among Brady's elite targets. In spite of the fact he had a 29 yard catch to set up the final field goal. At this point, he's not among his team's top seven or eight receiving threats. He's constantly being solo covered by corners and safeties a half a foot smaller than he is. Or completely neutralized by zone in the red zone and goal line. He's basically Michael Hoomanawanui at this point, minus Cris Collinsworth chuckling about how hard his name is to pronounce. Meaning he's really only a problem for a defense if they forget to put a body on him. And almost any body will do. It'd almost be sad if the Bucs didn't have so many better options that you can look away.

All this said, Brady has to at times question why he chose this team. If there's a less disciplined, worse coached franchise with less situational awareness than Tampa, let me know. I'll DVR all their games because it'll be the best sitcom since "Brooklyn Nine Nine." How many 3rd downs did the Bucs defense hand LA with unforgivably careless penalties? I counted three in the 1st half alone. Two on that drive that started at the Chargers 3 and ended up with them up 21-7. Then they tried to give LA a second shot at a field goa with an illegal formation, but the first attempt was good. Then Evans let himself be taunted into a roughness call that stalled another drive. Even after a five TD afternoon, going from the most disciplined team in the league to the least is the kind of thing that can give you the bends. Brady might have considered going to some reasonably well coached team like New Orleans for a month or so, just to acclimate himself to the Stupidity per Square Inch.

And he did all this after almost getting snapped in two by a Chargers stunt where someone came unblocked and drilled him in the 10-ring while he got rid of it. The image of him bouncing right back up ought to be the logo for TB12 Fitness. It would help sell pliability and whatever that stuff he claims will stop Covid.