UPDATE: This rest of this blog was written during half time, but unfortunately, Matthew McConaughey was THE highlight of the game after Texas fumbled the ball at the 1 as they were preparing to take the lead and likely the game. In case you need me to spell it out: Texas is NOT back.

You know it's going to be a rough game when it takes three attempts to finally execute the opening kickoff... so Texas can get a little 3 and out. Of course, the penalties only started there. On the following drive, both teams combined for impressive 5 penalties, including one against Texas that negated a 47-yarder from Sam Ehlinger. In total, Texas lost 84 yards of would-have-been offense because of penalties in the 1st quarter, and then another 70 yards with their 9 first-half penalties. Sure, some of them were extremely questionable, but that doesn't take away from the fact that Texas is stinking it up and that I'm sick of typing the word "penalties" just as much as you are of reading them.

So while we're only through 2 quarters, I think it's fair to say Matthew McConaughey is the best part of this game because no matter what happens on the field, you know you can count on a quick camera pan to Dallas... 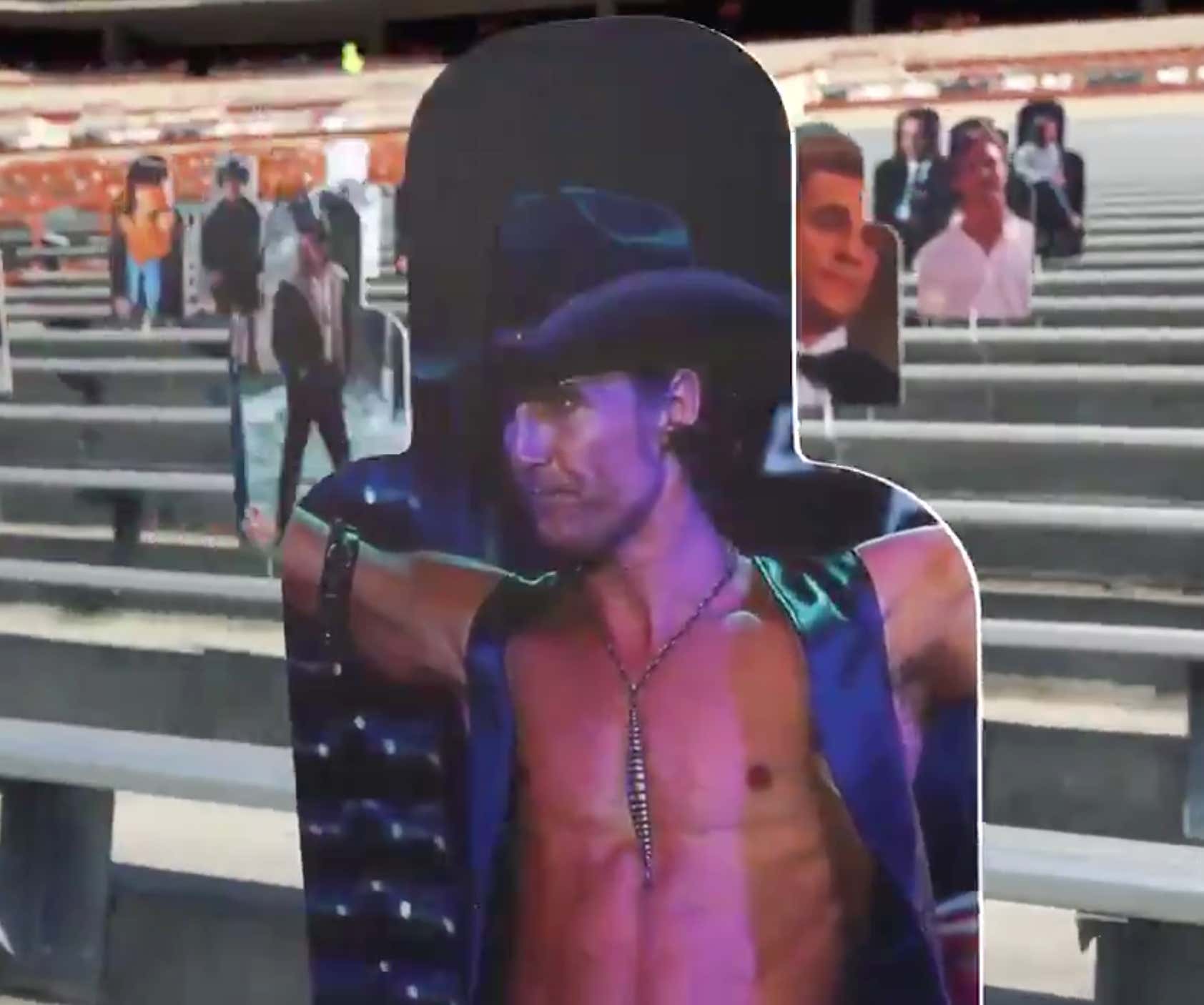 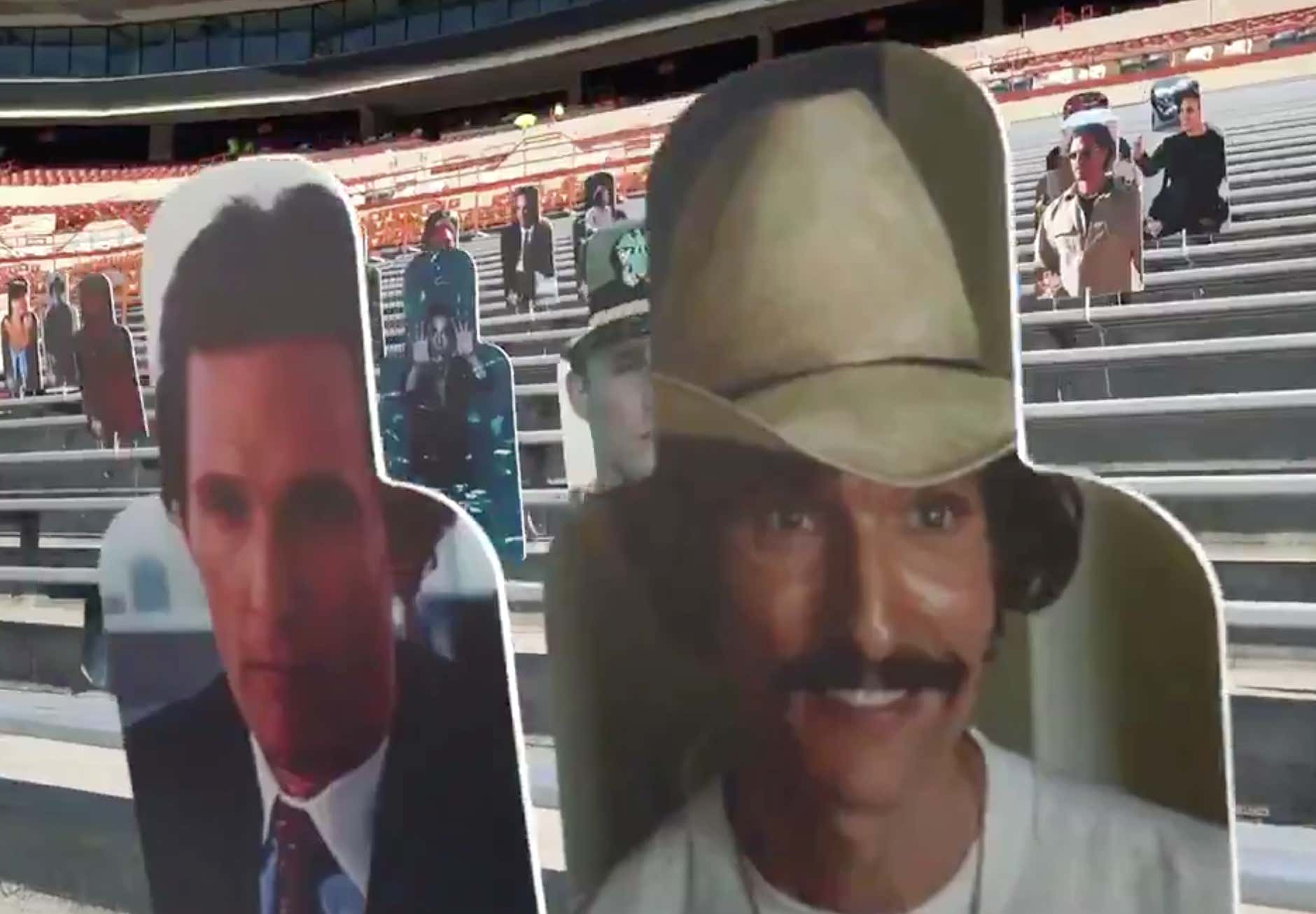 and Wooderson to make things just a little bit better. 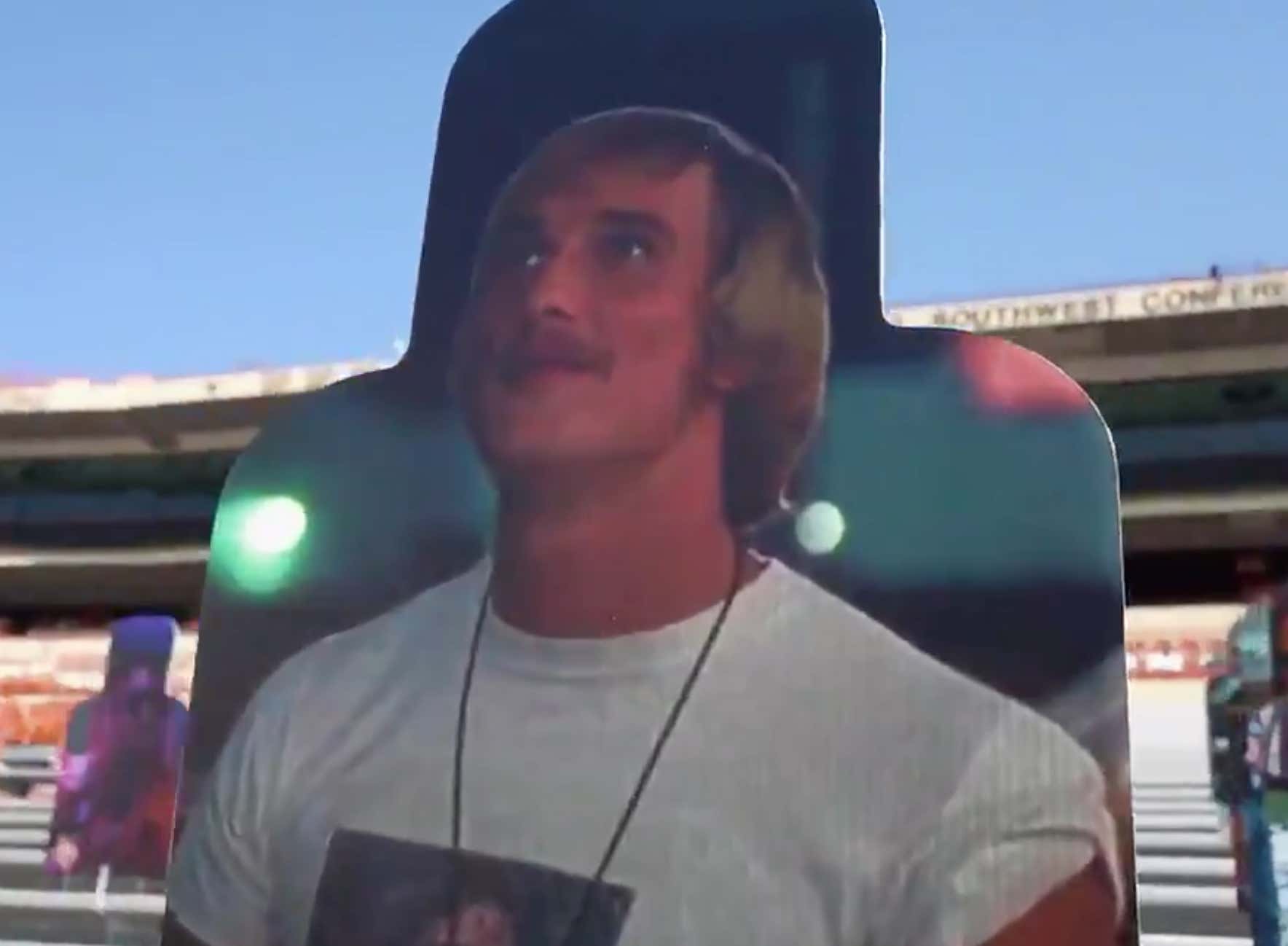