Last week, I did my usual 'Wake Up' blog on Thursday morning as that's my dedicated day to do so in the Chicago office. I feel like I usually make some solid choices on them. Most likely a mix between a song, old school wrestling, Sopranos, etc.

Well, last week I went with 'Single Ladies' by Beyonce 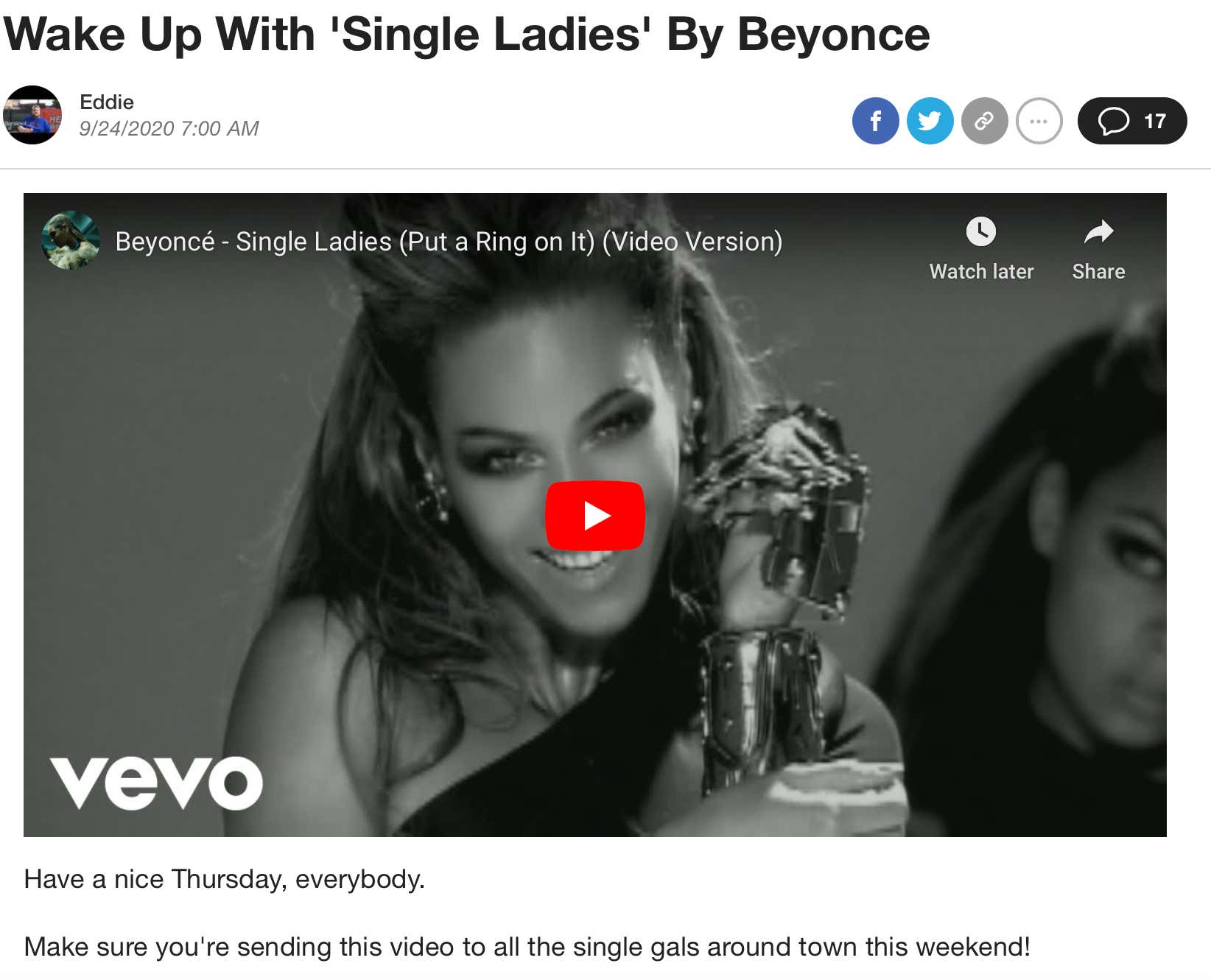 …and the people were not happy: 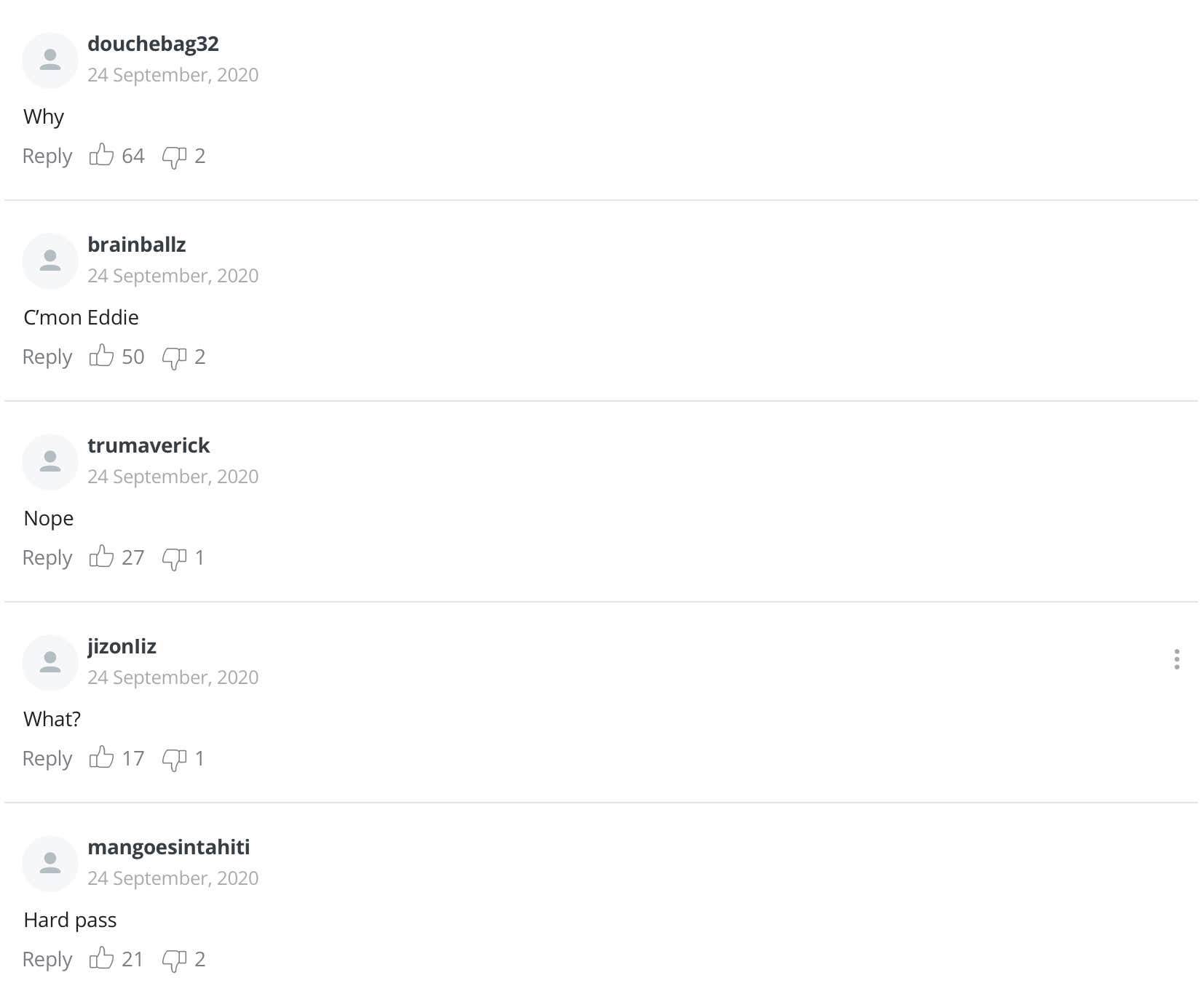 I even said I'd tell them why next week and that still didn't silence the ruckus: 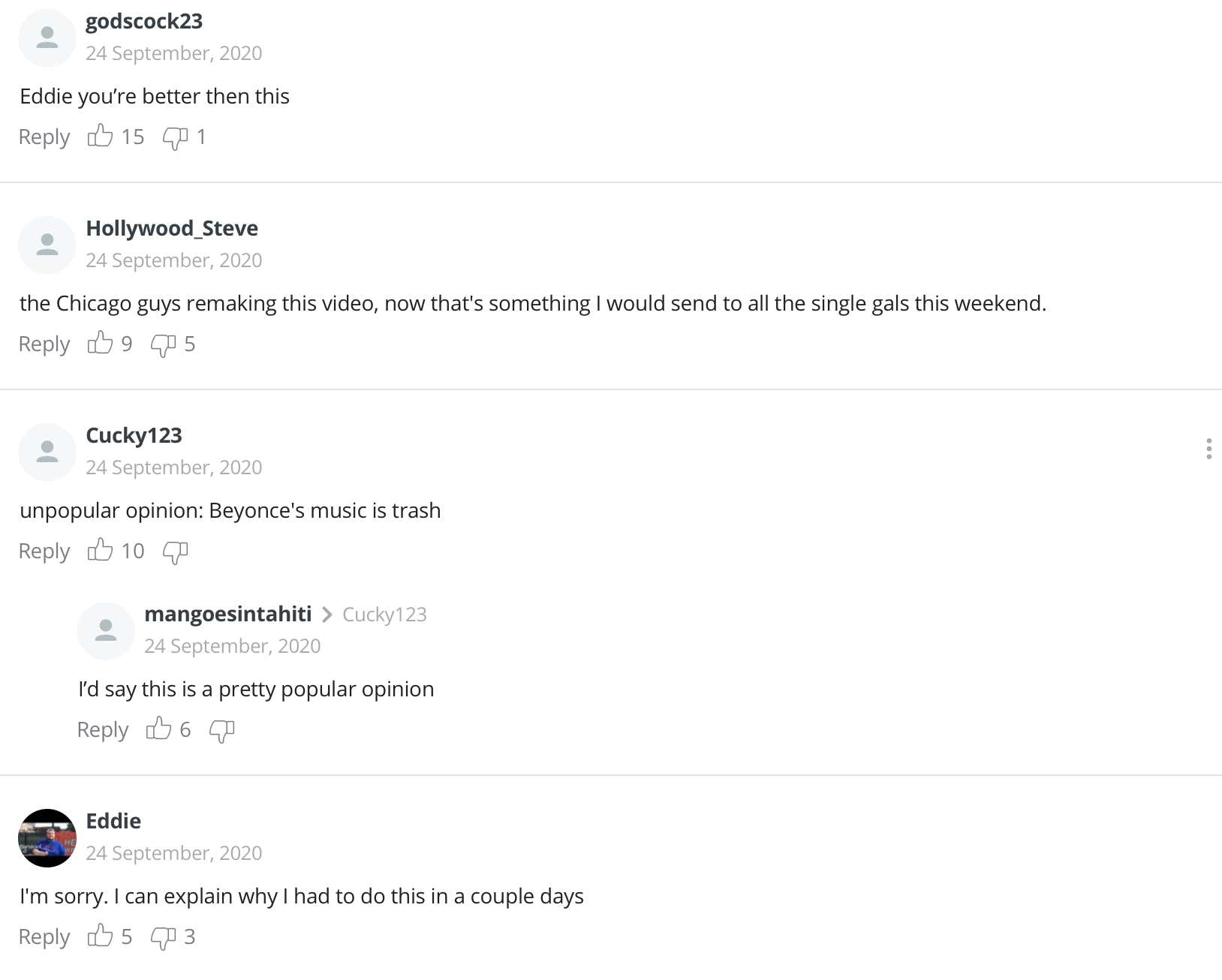 So I'm here to say today that I know that song stinks. I know that it's your typical 'Ellen' dance with the audience bullshit that nobody here wants and I'm SORRY to the people that I had to post it.

The reason why I did so was because it was part of last weeks Fantasy Football bonus as commissioned by Jeff D Lowe: 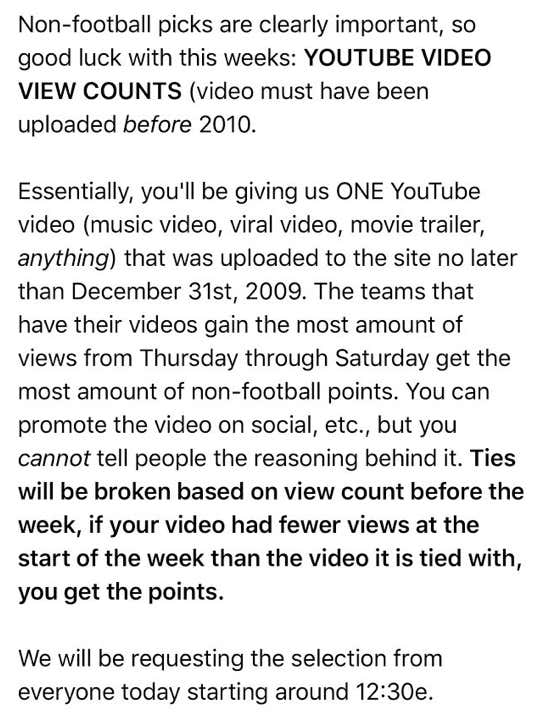 We saw someone had taken 'Poker Face' and thought that 'Single Ladies' would surely be a good pick with the weekend around the corner and all the bachelorette gals getting ready to get buckwild.

Turns out we were wrong on that though because that fucking frog song went absolutely OFF. 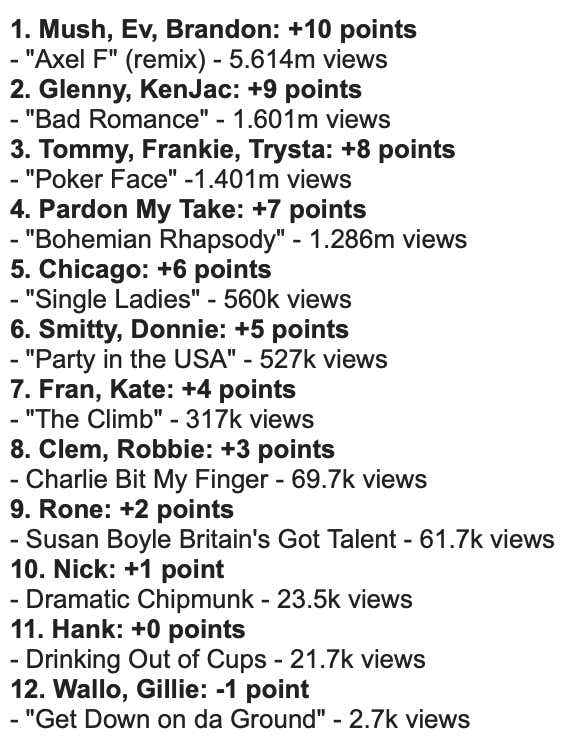 Can't blame anybody though. That song is catchy.

But, there you have it. That's why I blogged 'Single Ladies'. All the other Chicago guys were supposed to as well, but White Sox Dave can't remember his own address much less the task of tossing up a Beyonce blog.