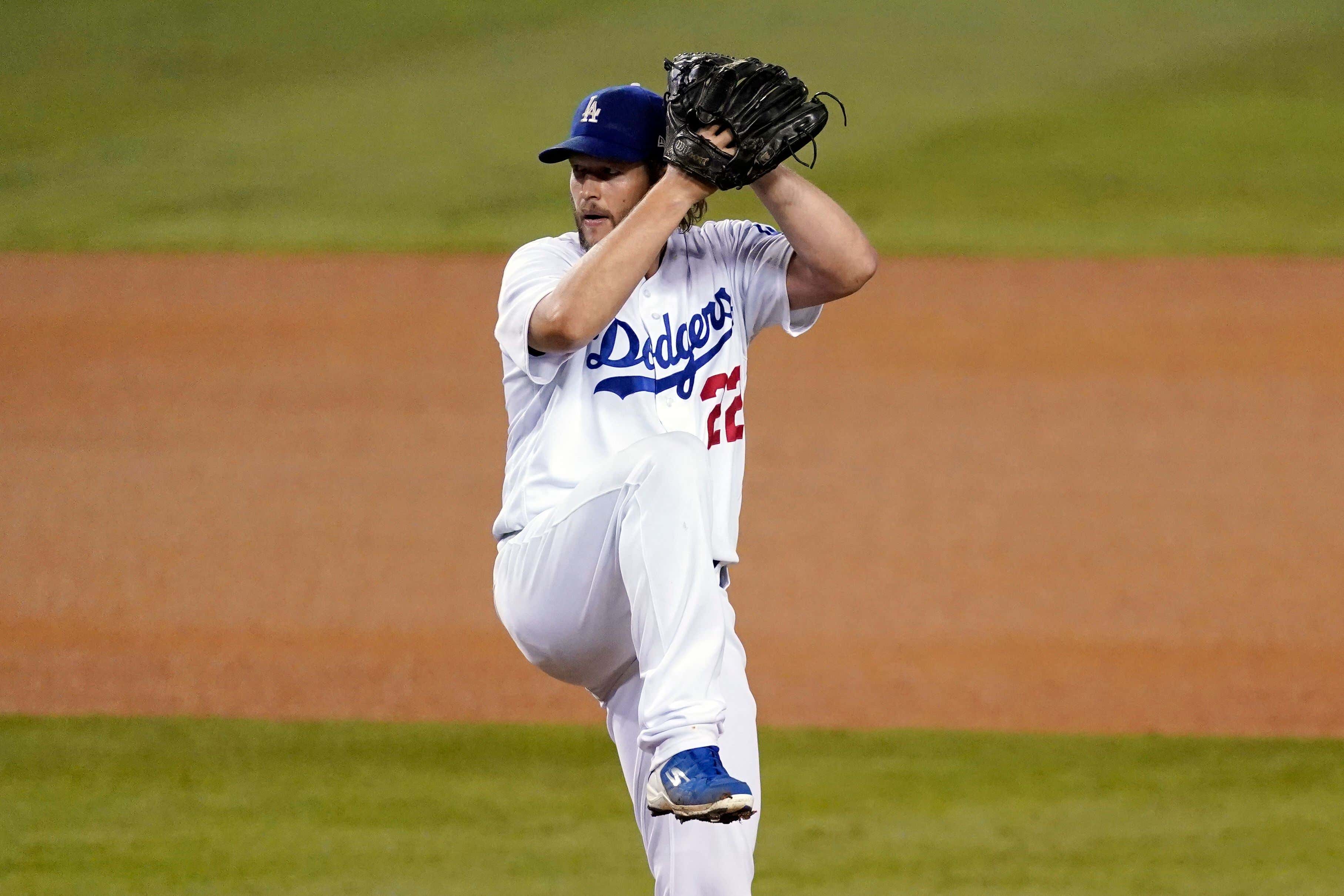 There's this flawed narrative out there that Clayton Kershaw cannot pitch in the playoffs. The more accurate statement is that he's inconsistent in October. There have been some bad playoffs starts from the Dodgers left-hander don't get me wrong, but man has that guy tossed some gems in the postseason during his career. Last night 'Fuck You' Kershaw came out to play and the Milwaukee Brewers stood no chance. 8 IP 3 H 1 BB 13 Ks. Most strikeouts by a Dodgers pitcher in a postseason game since Koufax.

Dude made Christian Yelich look like a fan who was asked to take some hacks at the plate on a moment's notice.

Here are all 13 punch outs. This shit is art.

Maybe the best part of the start last night was the one walk he allowed. Almost immediately Kershaw picked off Luis Urias at first. Just so mean. One of the best pick off moves in the game. I could watch this guy work at his craft all day.

There was also Kershaw bullying Dave Roberts to stay in the dugout and not take him out.

Wish Rich Hill did this in 2018 against the Red Sox instead of asking to come out, but beggers can't be choosers.

I know I constantly bitch and moan about the Astros cheating the Yankees out of a World Series title in 2017, but Kershaw got it the worst. He tossed a 7 inning masterpiece in his World Series debut, striking out 11 and surrendering just one run in Game 1. The Astros were completely clueless at the plate. The script switched once the series headed back to Houston where the Astros were able to bang on the trash cans and use their buzzers to know every pitch that was coming. Kershaw threw 51 curveballs and sliders and generated ZERO swings and misses in the all important Game 5. Almost like if you're going to cheat on an impossible test and have all the answers, at least get a few wrong on purpose to not make it so obvious. When the series went back to LA for Game 7 he pitched on short rest out of the pen and threw four scoreless innings. It was the Game 5 start that did him in though.

I've always been a Kershaw guy and feel bad for the short end of the stick he's gotten in the postseason. He might have the best regular season pitching numbers EVER and he deserves a ring along with it. I don't believe there is anyone in professional sports who deserves their first championship ring more than him. If the Yankees don't win it all, I really wouldn't mind this being the year Kershaw gets his ring. That being said, if he faces the Yankees in the Fall Classic I hope he gives up the most runs in the history of the postseason. I have a heart, but I mean there's limits for sure.