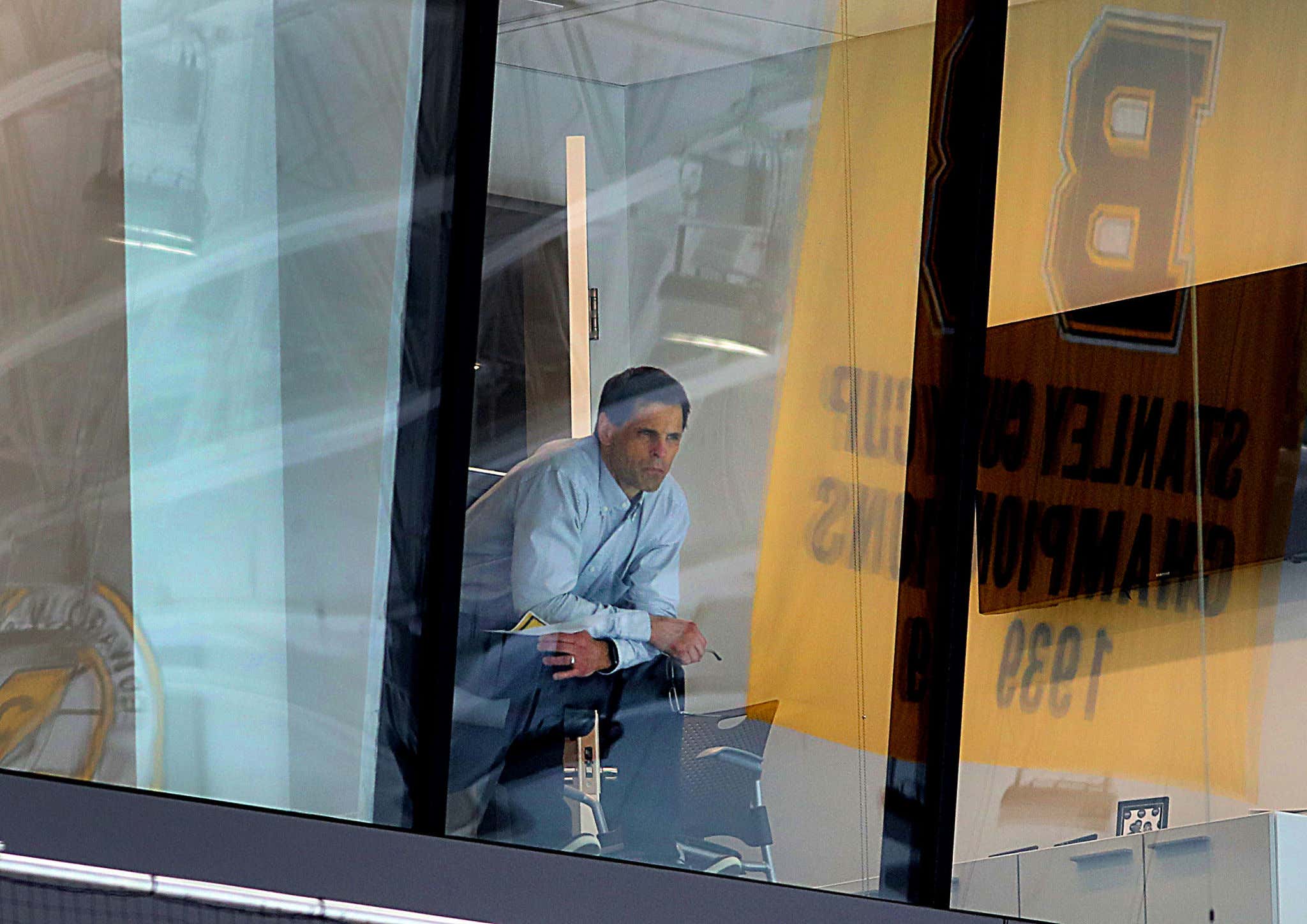 They say where there's smoke, there's fire, and let's just say with the NHL draft around the corner and free agency a week from tomorrow, there's tons of smoke surrounding the Boston Bruins.

TSN's Frank Seravalli updated his Trade Bait Board to include Tuukka Rask, he had this to say about the potential of the B's netminder being dealt:

Many were wondering if there would be fallout from Rask’s decision to leave the bubble for family reasons, a decision that was certainly supported by teammates. But multiple sources indicate that Bruins GM Don Sweeney has initiated conversations with teams about Rask’s market value over the last number of weeks.

The Rask report surprises me and doesn't surprise me. If you look at the context, Tuukka is 1 year from UFA. No one knows if he will re-sign. With the cap staying flat and the market being what it is, I think Don Sweeney is doing his due diligence and seeing what he could potentially get for him. The Bruins have let far too many players walk at free agency for nothing. That being said, if Don does deal Rask… he has to be certain there's a goalie in this free agent market (or trade) that would be a fit for this team that is trying to win right now. Jaro Halak is not the No. 1 goalie he once was. Jeremy Swayman is the best goaltending prospect in the pipeline right now, but he'll be battling in Providence next year. I would imagine he's still 2 or 3 years away from varsity.

So really, Don Sweeney has to decide where he wants to take this team. Does he want to continue to try and keep open the Cup window in the potential last year of David Krejci and Tuukka Rask, or does he want to "rebuild on the fly" and not go all in?

The Tuukka Rask haters, of which there are many, I'm sure are delighted that Sweeney is calling around. I don't think Rask's departure from the bubble (family emergency) has anything to do with this scenario. At least Sweeney and Neely's comments after the season lead me to believe it's not. I think it's strictly because he's a UFA after next year and what better time than now to see what you could fetch, I think his cap hit will be tough for some teams to take on… but that's why Sweeney's trying to find out his market value.

If the B's do in fact try and deal the winningest goaltender in franchise history, (which I don't believe they will) then top UFA goalies include Braden Holtby, Robin Lehner (sounds like VGK will extend him), Corey Crawford, Henrik Lundqvist and Thomas Greiss.

Now onto other B's rumors..

- Adding Puljujarvi back to the mix would only add to Edmonton’s glut at right wing. Sources say the Oilers engaged the Boston Bruins on a left/right wing swap, Alex Chiasson for Anders Bjork. (Assistant GM Keith Gretzky drafted Bjork in Boston.) We’ll see where that goes, but the Oilers are pursuing a number of similar left/right swaps with other teams. There were rumours about the Oilers’ interest in bringing Bruins RFA Jake DeBrusk home to Edmonton. DeBrusk is No. 7 on the Trade Bait board, but given the Oilers’ cap constraints plus acquisition cost, he is likely too expensive.

Uhhhh Chiasson for Bjork? Hope Don Sweeney hung that phone call up real quick. Swapping a 24 year old who has yet to find his ceiling for an (albeit bigger) 30 year old who has some tread on his tires is a no for me. Unless Draisaitl is coming with him.

As far as Jake DeBrusk goes, I'm absolutely not trading him UNLESS he can help you fetch a top 4 scoring forward in return. His hometown Edmonton Oilers would love him, but they are in a cap crunch as well. I for one, am tired of the B's trading and giving up on their young talent. Sure, JD is incredibly streaky. He had a disappointing playoff outside of Game 4 vs. CAR. I still think he can be a 30+ goal scorer for this team, I don't think the time to move him is now (he's literally under team control as an RFA). Even if you bring in a Taylor Hall in free agency. Now, say that happens and they have to make the money work. Then I could swallow it. But I know JD has more to give for black and gold.

Oh yeah and per Darren Dreger, things are intensifying on the OEL front.

I don't see a fit, but apparently OEL's list for now per Elliotte Friedman includes Boston and Vancouver.

I just have no idea how the B's could take on that contract and the price it would cost to acquire him, the Bruins don't have a 1st rounder in the draft, went to ANA in the Backes trade. Now ARI does have some trouble as he has some no trade protection.

But yeah, Arizona would absolutely have to eat some of his cap hit, as he's signed through 2027 at 8.25mil per. So I'm a little skeptical on OEL. As always, I'll keep you posted on any new news that comes in.

B's have about 14-15 million in cap space, still have to re-sign DeBrusk (RFA), Grzelcyk (RFA), Kuhlman (RFA) and Chara (UFA). Perhaps a trade for OEL wipes out any chance of Zdeno Chara returning to Boston? Or maybe Bobby Ryan is worth a look?

Like I said, we're just waiting for the first domino to fall for Don Sweeney and the Bruins, and then we'll see what direction they are headed in. Is he going to maximize this window for his core or is he going to sell and retool. Time will tell. It's about to be a crazy 2 weeks (or sooner depending on this OEL news).

ps I'm still sad about Torey Krug (although his rights have yet to be dealt).

pps sorry for the long headline.