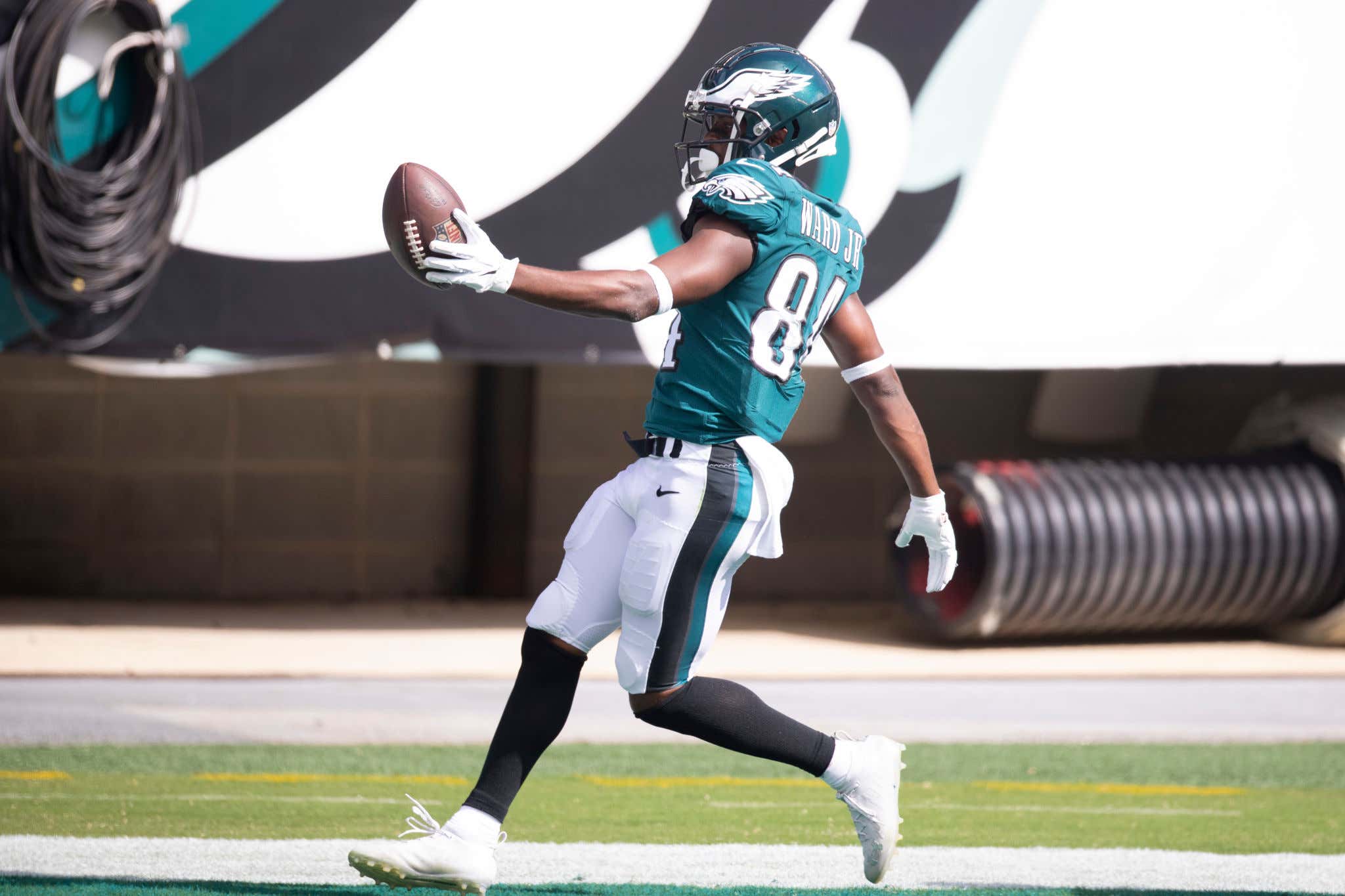 This isn't your high school football team that has 3 kids suspended because they got caught drinking the week before, 2 kids who are academically ineligible, and another who is out with the measles.

No. This is an NFL football team which has a general manager who is paid millions of dollars to construct a roster that can be prepared for these sort of things. And it's not like this is an issue that has happened for the first time that would have totally snuck up on Howie Roseman. The Eagles were down to just 1 healthy receiver in week 17 against the Giants, too.

You've got Alshon Jeffery who is 30 and often injured. You've got Desean Jackson who is 33 and often injured. You've got JJ Arcega-Whiteside who is too afraid to embarrass himself to suit up and play. Jalen Reagor is a pretty small dude for NFL standards, so it was only a matter of time before he went down with some sort of injury. You probably wouldn't have anticipated it being this early, but he's now on the IR after playing only 2 games. And now John Hightower is hurt as well after 3 receptions for 17 yards.

Which means that former college QB Greg Ward continues to be your best and most reliable and only healthy wide receiver on the Philadelphia Eagles roster at the moment. Thursday practice before the Eagles travel to San Francisco to play the Niners on Sunday Night Football looking for their first win of the season.

Just slightly less than ideal. I'm sure that Carson Wentz's struggles won't continue much longer even though he doesn't have a chance to build up that chemistry with any but one of his receivers. Thanks, Howie! Can Jalen Hurts play WR?