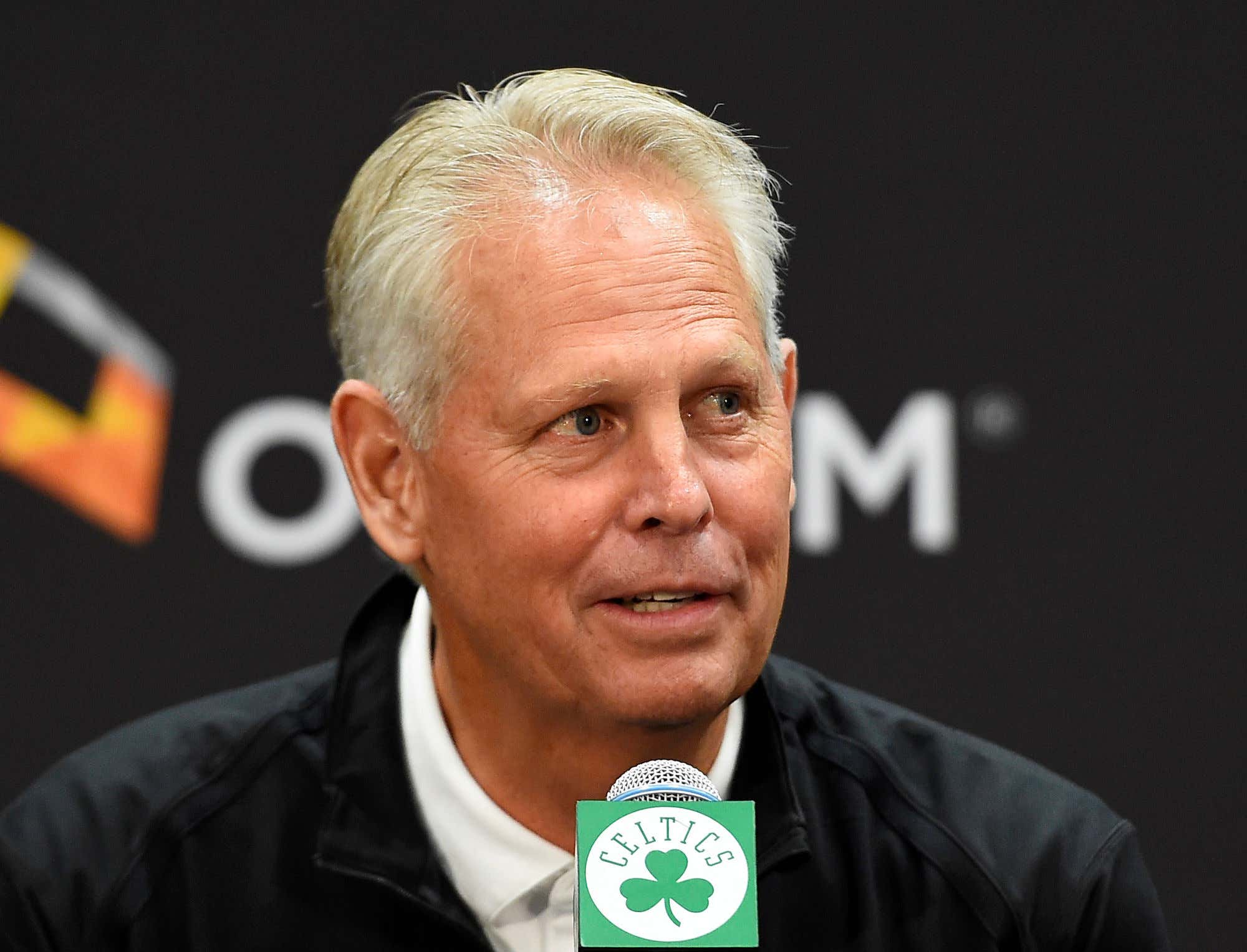 For the first time since their season came to a frustrating end, today was the day we got to hear from Danny Ainge. Usually when Ainge either goes on the radio at the end of a season you have to read in between the lines to reaaaallly get an idea of what he's saying. Today, I thought he was pretty honest. There wasn't that classic Ainge spin that we all know and love. So let's go through some highlights because there was a log to digest

OK first things first. He's not wrong. Health is obviously the biggest need. Kemba recovering, Hayward getting healthy, and then Romeo. He's also true that his bench got exposed and that maybe he left it a little thin. Here's where he sort of loses me a little bit. Look I like Romeo a lot. I think he showed that he is a legit NBA defender right this second. But he's not the savior. His shot is still inconsistent and if you look at the issues that came up with the second unit, it was shooting. Not defense. The problem was not having that reliable consistent shooter to fill some minutes for when you needed to rest one of the Jays/Kemba.

It's not very often you see a rookie turn down a max extension. I'm pretty sure the only one recently to do that was Porzingis, but look at the franchise he was with. Of course he turned that shit down and demanded to be traded. I don't think there is any reason to think Tatum won't extend. That's big time money.

I also don't give a shit that he's friends with Kyrie Irving. I know that's the hot thing on sports talk radio to say that the Celts are screwed because Kyrie is going to poison Tatum. I don't have the energy for that bullshit. We're past Kyrie. All of these guys are friends with each other, if Tatum one day does leave, it could be because maybe Donovan Mitchell convinced him to go somewhere else. I just have no interest in incorporating Kyrie Irving to anything related to this team anymore. That book has closed.

This is important. Anytime you can avoid the knife for a 30+ year old point guard, that's a relief. At the same time we can't completely rule out that this is going to be something that Kemba deals with for the rest of his deal. I mean he had 4 months off and if you're to believe Ainge, he still wasn't right at any point in the bubble. Well this new offseason is going to be what, 2+ months? This is why I think backup point guard/scoring is a huge need for this team this offseason. You need Kemba insurance. Sort of like how Terry Rozier was Kyrie insurance.

Teams that contend for the title need to pay the tax. That's just how things work. Celts ownership always said that they will pay whatever for a contender so it's nice to hear that they still plan on doing that. Even with Hayward opting out and signing for less they are still over the cap, so any big time additions is going to make them a tax team.

There it is!! There's the Danny I know and love. The old "hey we were active, we we close on some things, but it takes two sides to make a deal". Nobody, and I mean nobody loves to tell you how close they were to pulling something off more than Ainge and the Celtics. I'm already looking forward to next deadline when they don't do anything and he says the same thing. It's my favorite yearly tradition.

I think this was sort of the problem. The Celts, all of us who talk about them, kept saying the same thing. That the Celts were better and more talented. Well I think we all didn't give the Heat enough credit and they paid the price for it. If they felt like they could beat MIA, well then play like it. Don't be careless. I think there is some truth to the idea that the Celts had more self inflicted wounds, but it was clear they didn't figure out that zone soon enough. The reality is they were the better team in that series and that's why they advanced.

At least he was honest. This team was not good enough. They were not good enough when it mattered most. Both the players AND Brad. There was no late game execution, there was no plan. Instead they wilted and pooped their pants when things got tough. I'm happy Ainge said this because spinning it any other way would have been annoying,

They weren't good enough. Period. The question now becomes well, what is he going to do about it?

Draft for need Danny. It's time. Package picks or whatever you have to do to move up if there is a player that fits what you need for this roster. We're at that stage of this rebuild. When you're first starting out? Cool, take the best player available. But right now, for this team, for how it's constructed and where it is in the heirarchy of the league, it's time to fill needs. It's time to find a consistent knock down shooter. Find a big that fits today's NBA but maybe isn't 6'8. You'll survive if you don't keep all 4 picks. It'll be OK.

So let's see if he actually gets consistent minutes next year. Rob is the wild card on this roster. The flashes he shows on the defensive end are legit and can be a real impact. But offensively if he's not catching lobs, he doesn't bring much. He still really struggles with defending P&R and pick and pop. He's only going to get better if he gets more minutes, and him putting it all together for next season is very important. He needs to show he can be the center of the future or at least the first big off the bench on a consistent basis.

All in all there weren't any ground breaking quotes, but it was a relief to know that Kemba isn't planning on getting surgery. He gave me my classic trade deadline deflection which I crave, and he told the truth and flat out said they weren't good enough. I know every time the Celtics don't win the title there are people out there that scream how Ainge should be fired, one title in 14 years blah blah blah. It's all just noise. Take a step back and look at the big picture. Ainge has rebuilt this team into a top 4 team in the NBA, his best players can barely order a beer, and everyone is locked up long term. Add around the edges in your areas of need and see what happens.