First of all, you better have read that headline in The Rock's voice. I'm not talking modern day, chiseled, motivational Rock. But old school, People's Eyebrow raising, cocky motherfucker Rock.

Anyway, I just blogged about any chance of this week's Steelers-Titans taking place on Tuesday Night Football , so I wanted to balance out the negative with some positive by blogging about more football coming back. The 2022 timeline makes sense considering the XFL has to rebuild itself again from the ground up and bringing back anything in 2021 would be a fool's errand since this corona shit ain't going away any time soon.

Now the question then shifts to is XFL 3.0 going to be the bad boy league like XFL 1.0, a standard football league that embraces some fun like XFL 2.0, or a completely straight edge league because 2022 will be a year devoid of any happiness or fun? IT DOESN'T MATTER WHAT TYPE OF LEAGUE THE XFL WILL BE! It's football, which means we will watch at least the first week or two even if The Rock wasn't popping off promos for it. I actually enjoyed watching football during the sports vacuum that is February because the play was good enough while the extra-curricular stuff and coverage on social media was great.

Speaking of which, my guy Bailey Carlin crushed it as the social media ninja of the XFL (using LinkedIn terms here folks) along with a bunch of other talented people who were there. But considering just how well Bailey did at the XFL along with his relationship with Portnoy so far, I feel like Barstool may make its first ever trade of talent.

I'm not sure what we can get back for Bailey but I'd personally love for the package to include a full Barstool a meet and greet with The Rock so I can show him my People's Eyebrow that I worked on being able to do for no less than a month straight.

UPDATE: These tweets are the most unlikely pairing since The Rock 'n' Sock Connection 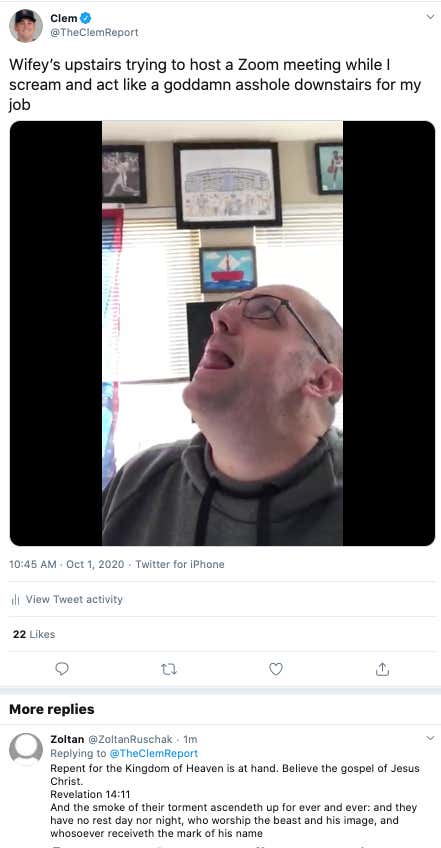