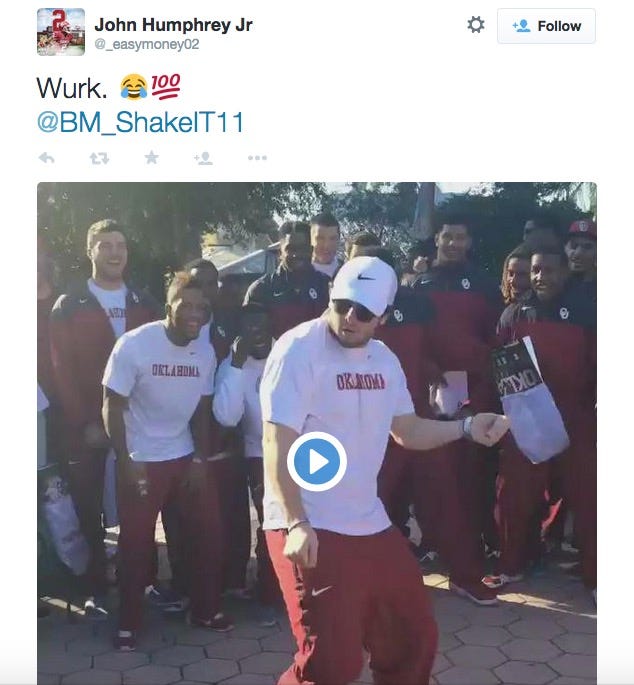 Don’t know how closely you’ve been following Oklahoma football this offseason, but there’s a pretty intense quarterback competition going on between 3 guys.

Or should I say, there WAS a pretty intense competition. Pretty sure that’s over at this point. I mean a white boy with moves like that? Hitting the whip that well while his teammates go crazy behind him? That’s a guy who clearly has the locker room, really have no choice but to put him at QB1 at that point.

Oh and he’s a Tech transfer. So we all know where those moves came from.