There was a clear winner from week 1 of the SEC season....Mike Leach. He wrapped up his winning Saturday with some unbelievable quotes in his post-game interview with Jamie Erdahl:

He's also hitting his peak form in press conferences. Take a look at this quote: 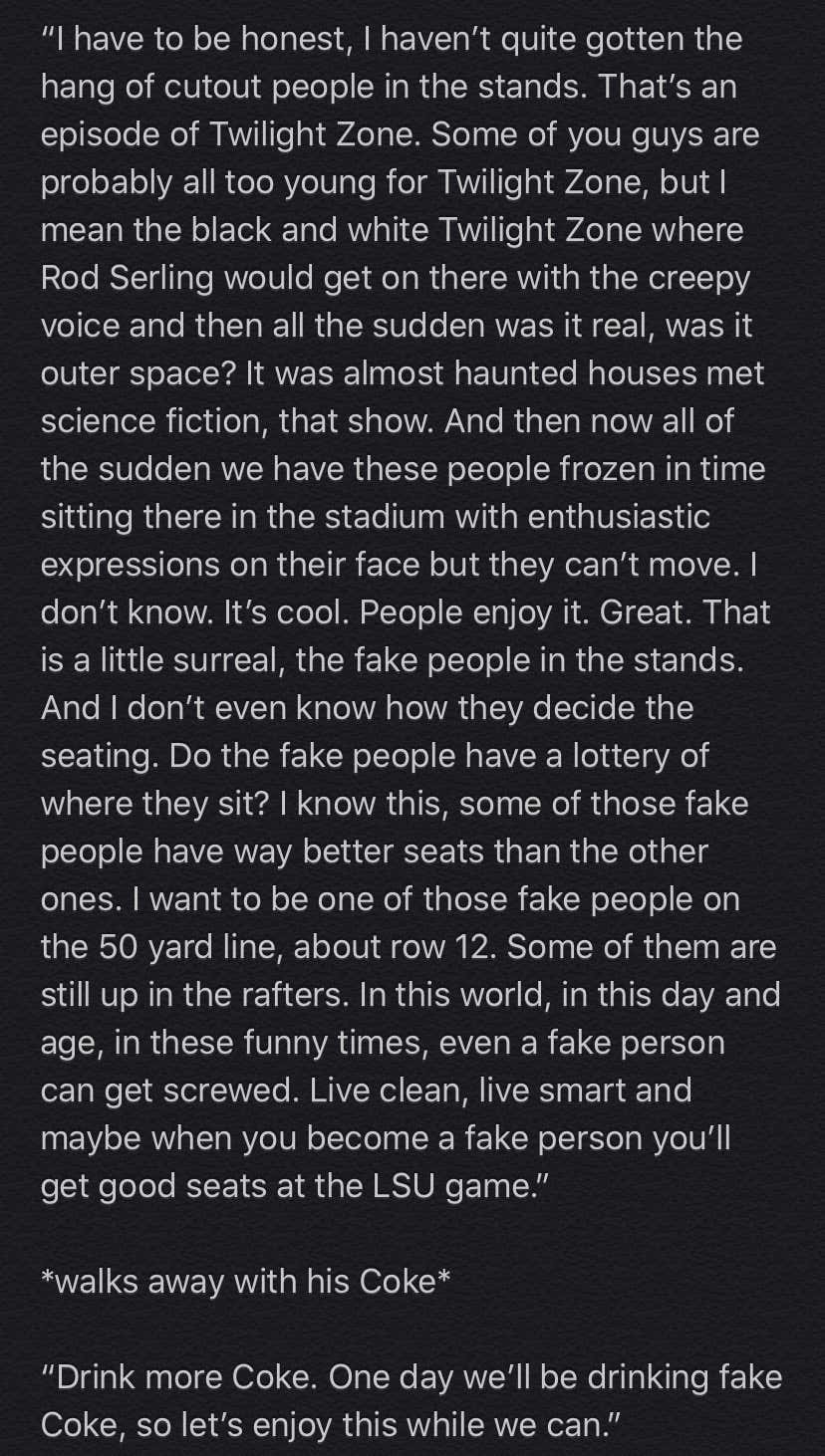 This guy just had one of the biggest wins of his career and he's out here thinking about the seating positions of fake fans. I don't think Mike Leach smokes the weed, but if he does? I'd recommend laying off of it.

My biggest chuckle came from the ending quote. "Drink more Coke. One day we'll be drinking fake Coke, so let's enjoy this while we can." I want nothing more than for Mike Leach to reach peak success at Mississippi State. I want him to win so much in StarkVegas that they build him a statue.