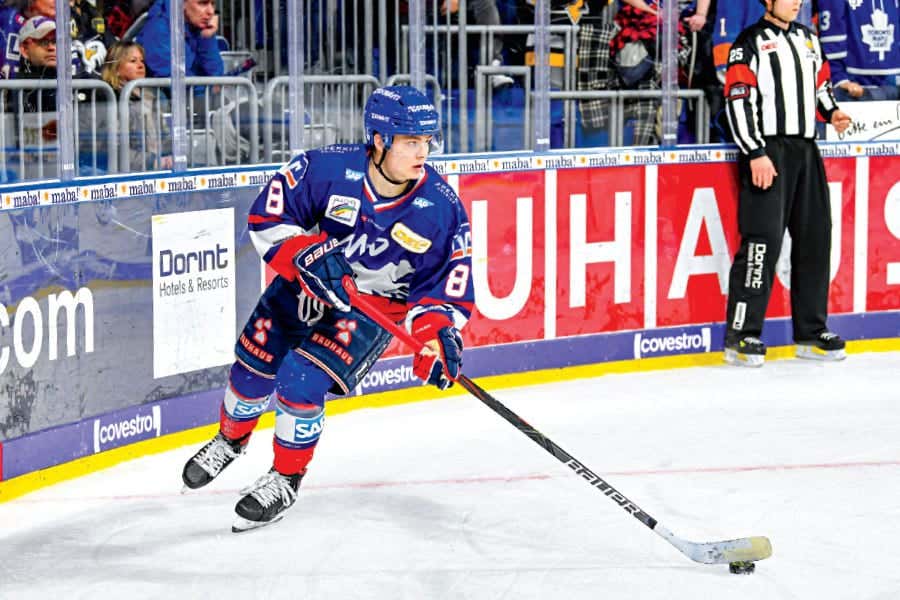 The 2020 NHL Entry Draft is just a week away. We all know that Rimouski's Alexis Lafreniere will be heading to Madison Square Garden with his name being the first one called off the board. After that it's pretty much a toss up for the next few picks. One kid who will absolutely be one of the first 5 taken off the board, though, is Tim Stützle out of Germany. He played for Adler Mannheim in the top German league this past season and put up 7 goals and 27 assists in 41 games. Not bad for a kid in his draft year.

Watching the highlights, you can see this kid has some unreal vision and also has a nice little shot when he needs to use it. More of a pass first mentality for sure, but still can snipe when he has some time.

He'd be a great piece for the Kings to build around. He'd be a nice fit in Ottawa to set up guys like Brady Tkachuk who will go hard to the net. Put him in Detroit and I'm sure Stevie Y will be able to assemble a wagon around him. He's going to be a great draft pick for whoever snags him up. The only thing I'm worried about though…well it's the TJ. 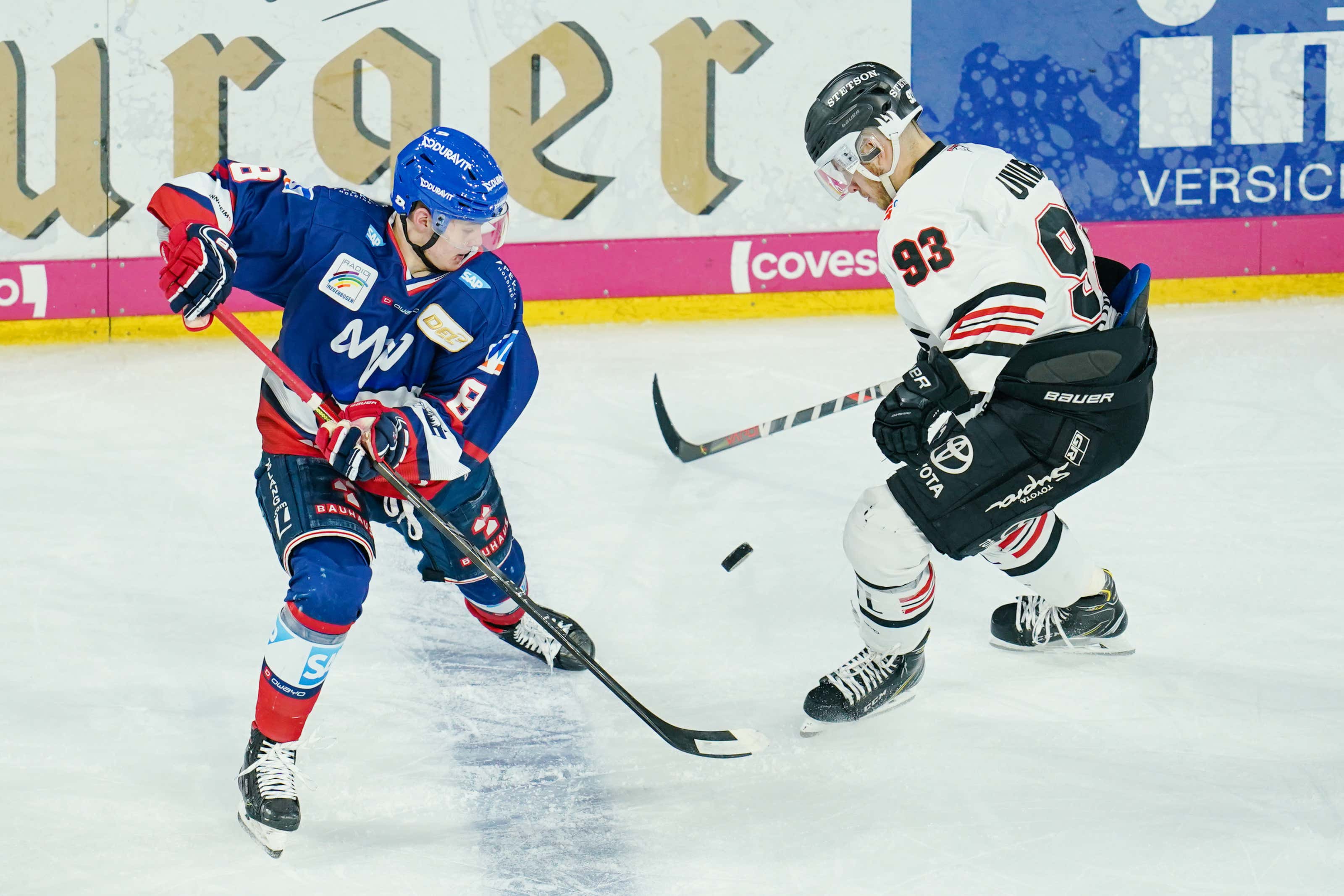 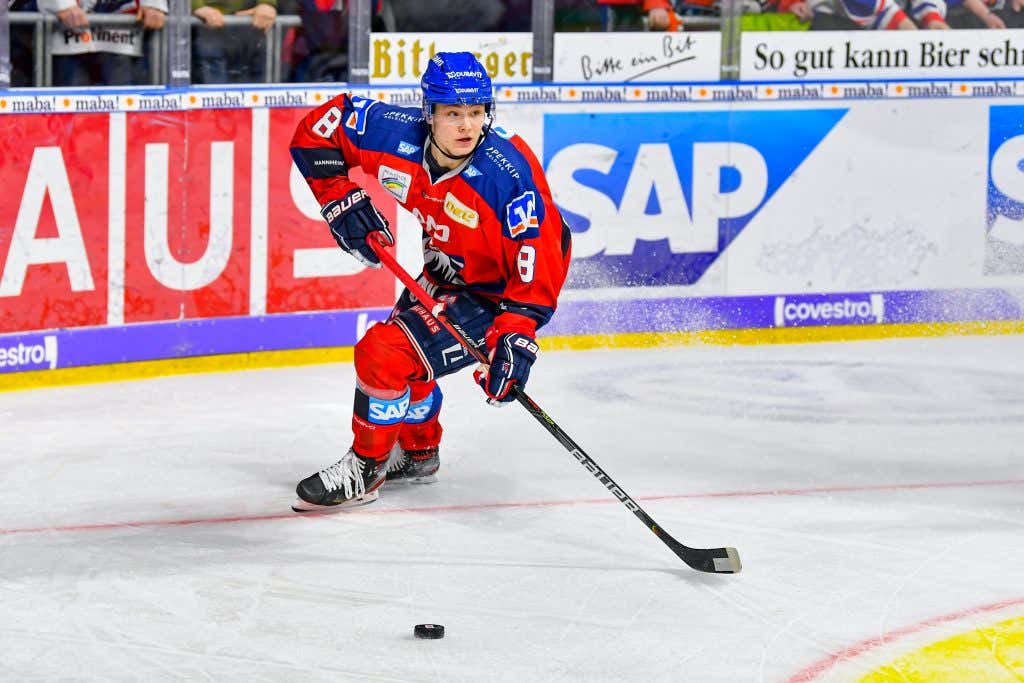 Okay so don't get me wrong. This isn't a total violation like what we see out of David Pastrnak. This isn't a kid who just doesn't care about taping his twig so he gets it done as quickly and sloppily as possible. As you can tell from his handle, he clearly takes his time with taping his stick. That's an XL handle with white and then he goes back over top with some grip tape.

Then we get to the blade. Now this isn't something completely out of the ordinary. In fact, there's a very prominent player in the NHL who has the same TJ. It's the Bread Man Special. 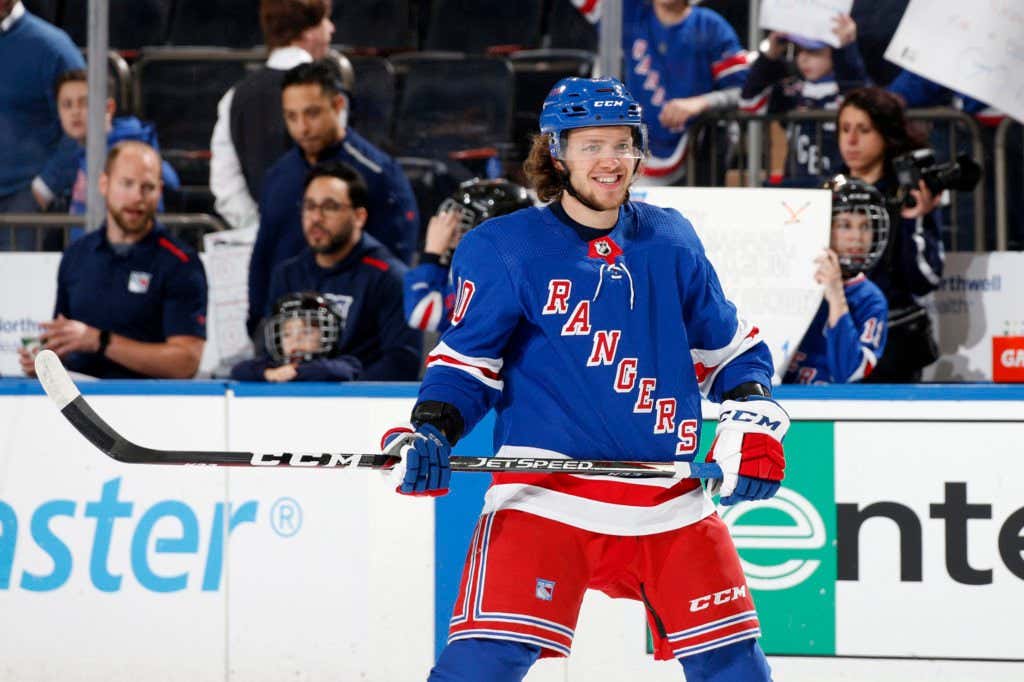 The half toe, which so many Russians love to use, and then that extra speed strip of tape along the bottom of the blade.

You can tell that Stützle's tape job is almost a complete replica of the Bread Man's. His handle is a little longer and instead of the black speed strip, he sticks with the white. And considering Panarin typically has about twice as many assists per year as he does goals, I think it's safe to say that Stützle is trying to make his entire game a replica of Artemi Panarin. Which is probably a pretty smart idea considering, ya know, Panarin was a Hart Trophy finalist this year.

But now we just have to keep an eye out on Stützle's TJ through the early parts of his career in the NHL. That's a lot of pressure to put on yourself to be the next Panarin. Is he up for the task? Is he going to stick with that tape job? Or is he going to switch it up and admit defeat early on? Like Biz said about Stamkos a while back, the changing of the tape job says a lot about where a player is at mentally. Just something I'd be aware of at all times if I were the GM making Tim Stützle a centerpiece of my organization moving forward.