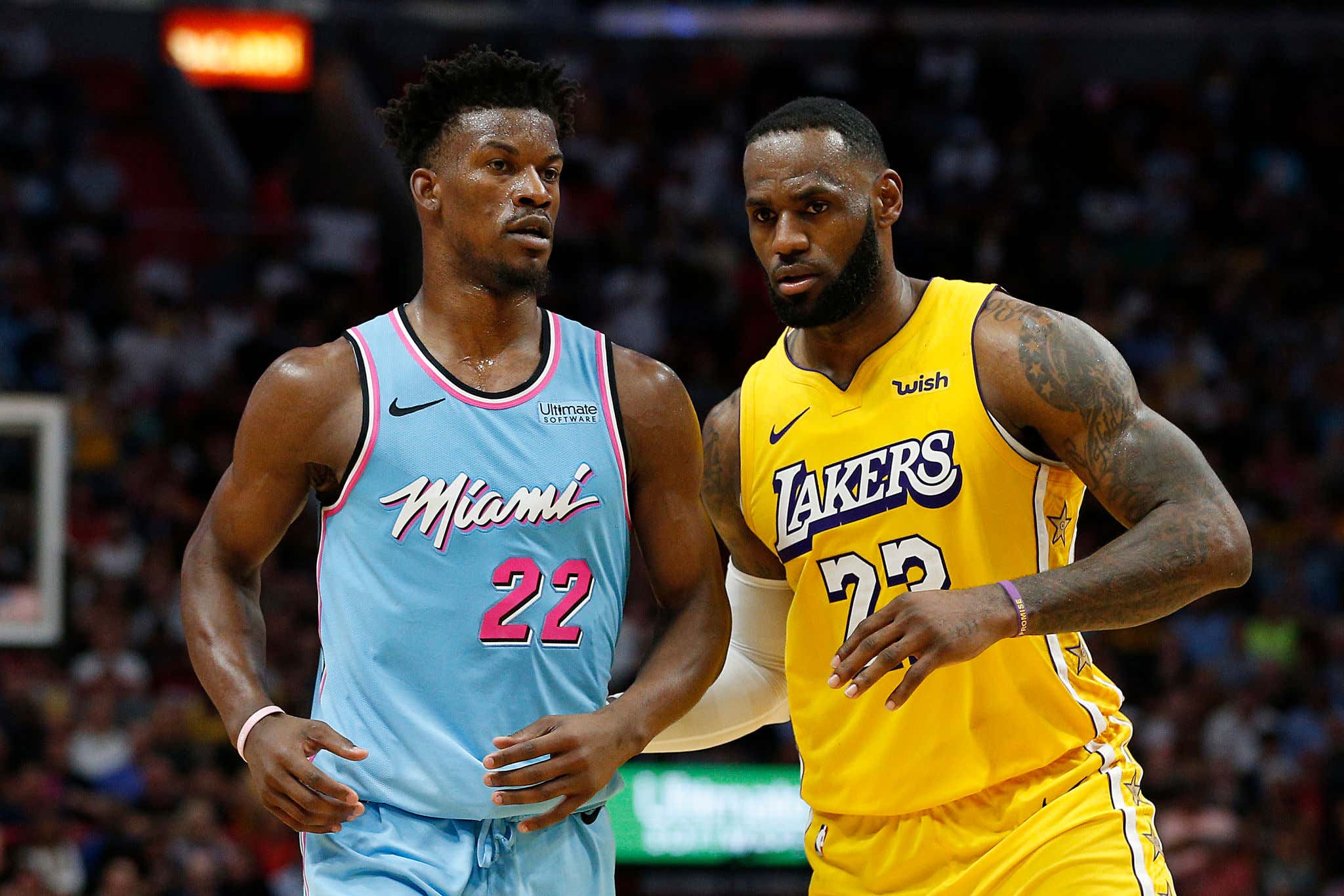 The Orlando Bubble experiment began 62 days ago if you can believe it. July 30th feels like a lifetime ago if we're being honest and here we are, Game 1 of the NBA Finals has arrived. On one side, nobody is really all that surprised the Lakers are here. They've been a title favorite since the season began last October. But the Heat? As a 5 seed? That is not something many people saw coming. In fact, I'm pretty sure the only person who did see this matchup on the horizon was JR Smith and he was 10000000% high as balls when he said it 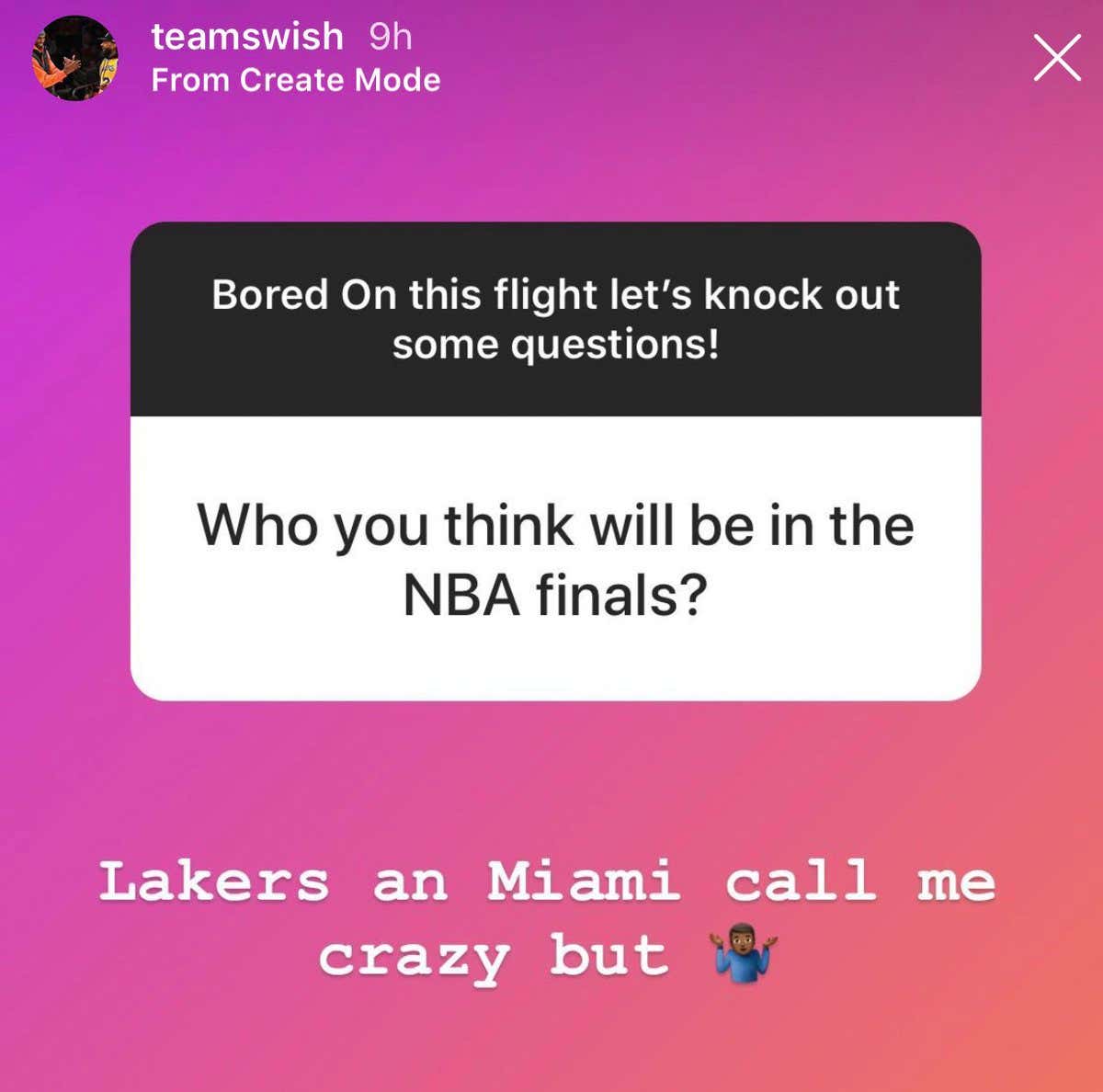 That was in February. The Heat were barely ahead of the underachieving Sixers in the standings as a 5 seed. But, to their credit they have been the best team in the East since the bubble playoffs began. Going through MIL and BOS they have absolutely earned their spot in this Finals and should be taken as seriously as anyone to actually pull it off and win the whole thing.

So now that we're here, when you talk about the NBA Finals and championships, it's only right to then talk about legacies. Winning a chip can change everything when it comes to the narrative surrounding a player. That is no different when it comes to this series, so let's talk a little bit about what everyone has on the line.

Nobody in this series has more pressure to come through than LeBron. Also, water is wet. Here's the interesting thing about LeBron though. If you already think he's the GOAT, nothing that happens in this series is going to change your mind. To the LeBron stans out there, he can only gain. No person that believes he's already the best do ever do it is going to suddenly change their mind if he loses this Finals.

But the rest of the world aren't LeBron stans. The reality of the situation is his team is the overwhelming favorite to win it all. The Lakers have the best two players in the series and it isn't all that close. A lot of comparisons are being made to the 2011 Finals, but losing against this Heat team would be so much worse. This Heat team doesn't have the league MVP. If LeBron were to lose this series, I don't see how you could ever legitimately argue that he should live ahead of Michael Jordan all time. A 3-7 record cannot be spinzoned. However, if he wins? And he wins three titles with three different franchises? Well now his GOAT case takes a big step forward.

What would you say the narrative around Jimmy Butler is right now? That he's a star, but not a "superstar" right? Well if he carries this Heat team past LeBron and wins his first ever title, the entire narrative around him changes. Now he does become a surefire #1 option that you can build around if you want to win a title. All of his try hard bullshit becomes validated. There aren't too many players in this series that have the opportunity to jump up a level like Butler does. He doesn't become a top 5 player, but would top 10 be out of the question if he comes through?

There is no denying that Anthony Davis has had a monster postseason. Any questions heading into this playoffs about how he would perform are a thing of the past. But this series is huge for AD for a couple different reasons. First, if he has a monster Finals and the Lakers win the chip, he solidifies himself as the best big in the NBA. Considering he is the future of the Lakers in a post LeBron world, it's also his change to prove he can carry the load. Can he come through in the biggest moment? We have no idea because he's never been here before. I'm thinking he probably can, but you never know once guys get to this stage.

If somehow Bam puts the clamps on AD? Well that would certainly change how he's viewed right? AD needs to dominate this series sort of like he has in every series so far during this run. Show that he can be that dominant player Shaq begs him to be.

Huge series for Coach Spo. Not in a sense that people will think he stinks if he can't be the Lakers, but so much of the narrative around his previous Heat titles was that he simply trotted out LeBron/Wade/Bosh. That it was more them than him. Well if he gets this team to the top of the mountain? That changes everything. It maybe changes the story about the previous titles that you know what, Spoelstra was actually pretty important to those teams. He instantly becomes a top 2-3 coach in the league, shit he might already be there.

OK stay with me here. I know you probably didn't expect to see this name given everyone else we've talked about, but he fits. As of now, Caruso is kind of the butt of the joke. Lakers fans LOVE him, but would absolutely clown on him if he was a Clipper or something. Well guess what. He has a huge role in this series. He's going to be in charge of shutting down Goran Dragic, which as we saw in the Celtics series when a defensive guard is able to limit Dragic's production, you can beat this Heat team. If Caruso's defense is a factor and he makes timely threes/plays, he no longer becomes a joke. That's what's at stake for him in my opinion. Go from this fun story/joke etc to a real impact NBA player that will deserve respect from everyone.

You want to see the future of the NBA big man? Look at Bam Adebayo. A two way beast, someone who can initiate an offense as a point center but can also do all the dominant things a big man needs to do to be successful on the defensive end. If he has another monster series, you have to legitimately talk about him being the best big man in the East. Not Embiid, not Drummond, not Tacko Fall, not Vucevic, not Jarrett Allen, the answer becomes Bam. That's his ceiling entering this series.

He is sort of playing with house money to a degree. He's so young that if he loses this series or struggles, it'll mostly be whatever. It's sort of like Caruso in that regard. If it goes south nobody will really kill them for it, but if they both thrive it changes a lot about how they are talked about.

All I know is I'm hoping for a long series filled with drama. That's basically been the calling card for these bubble playoffs and I have no reason to think it won't continue. I expect we'll all do the usual freak out if the Lakers drop the first game, immediately forgetting what happened in each of their previous series. No matter how big a hole the Heat find themselves in we'll never count them out because of what they've shown when it comes to double digit comebacks. It's sad basketball is coming to an end but this is going to be one hell of a way to cap off what was an incredibly successful bubble experiment. Buckle up.