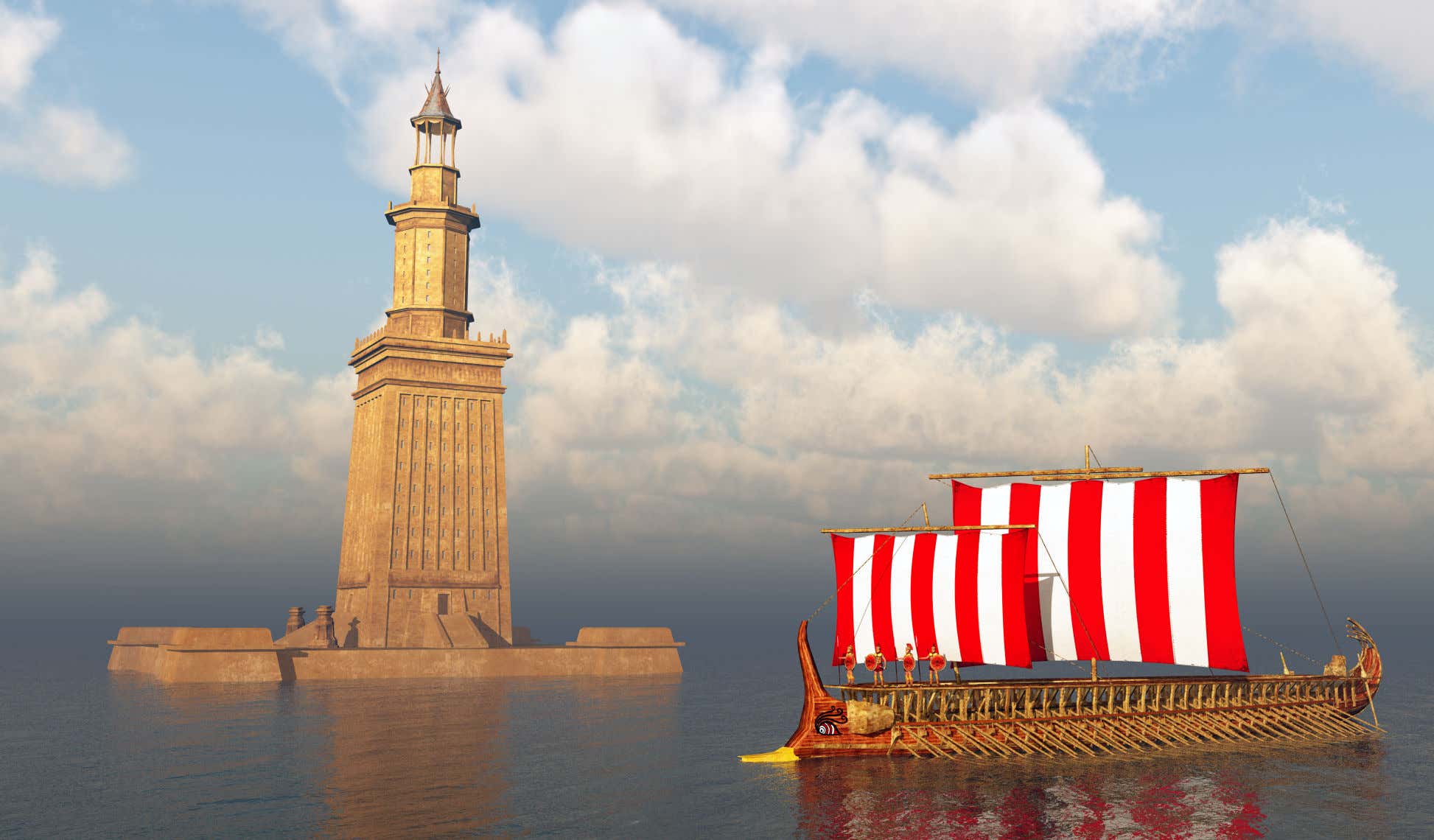 That image right there is a light house in Alexandria, Egypt. Alexandria was named for this guy…who named it after himself

It's a shame that the world's greatest conquerer was played by such a shitty actor who made a shitty movie. Alexander The Great deserved better than that. I mean this guy dominated the entire known world. If you were a civilization back then, your ass got conquered. He went all the way from Greece to India. Back then that was literally everything 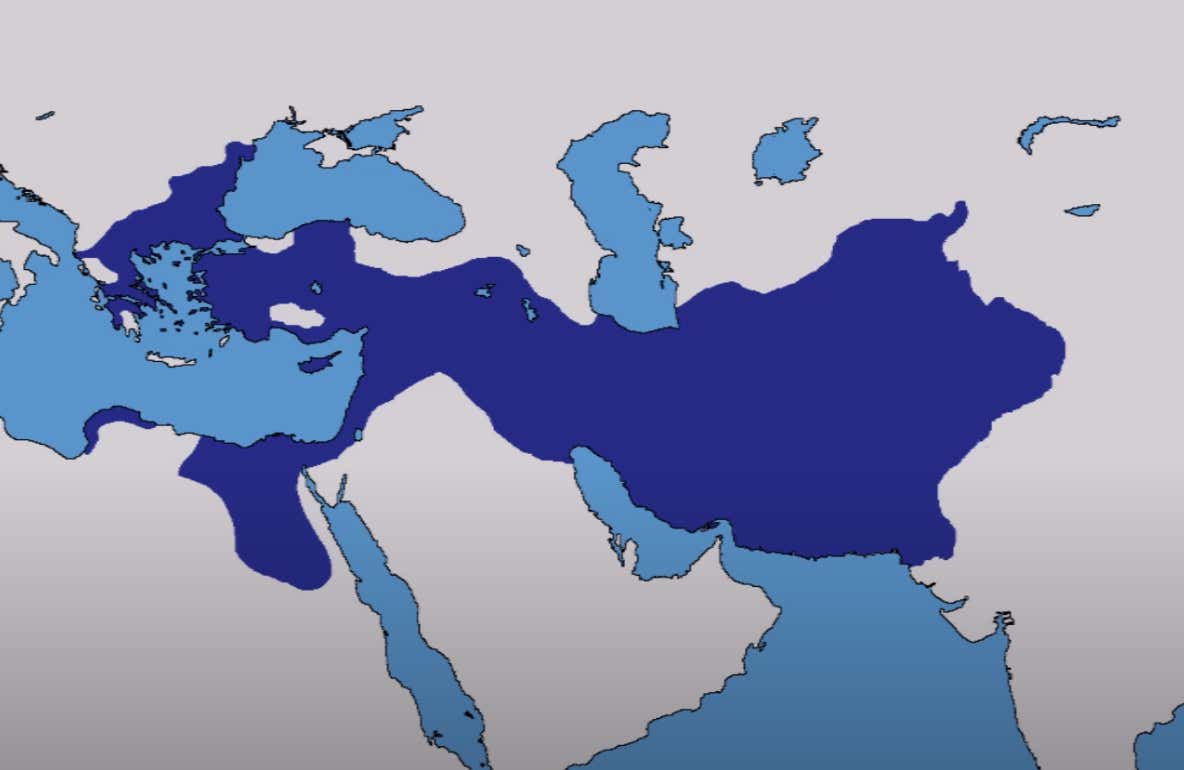 Sure he didn't go into Western Europe or anything, but white people were still swinging from trees and cutting each other's heads off at that point. No need to cross the alps just to see a bunch of pagans doing bear worship. After Alexander had conquered the civilized world he decided that wasn't good enough. Alexander studied under a guy named Aristotle, ever heard of him? He loved him some book learning so Alexander decided he would…"collect all the knowledge in the world under one roof". ALL of it. That is fucking INSANE. And Alexander put it in the city he conquered and named after himself, which is a power move if I have ever heard one. Before construction began on his Knowledge Empire…Alexander died. Ptolemy The 1st, Alexander's successor, set the project in motion.

Ptolemy out to collect all the knowledge in the world and he basically did it. It was also a nice feather in their cap to let everyone know that not only are they bigger, stronger, and richer than their rivals, they're also smarter because they have this library. Huge flex. At it's peak the Library of Alexandria had an estimated 600,000 scrolls. That is like probably one full GB of storage in the cloud of old shit rolled up on papyrus. Scholars spent years collecting old scrolls and tablets from across the empire and translating them into Greek and transcribing copies of their contents. This library attracted people from all over the Ancient world to come and study. And they studied big time.

Euclid went through there and basically invented what we now know as geometry. Pretty big deal.

Eratosthenes was there and figured out how to measure the Earth's circumference. Think about that for a second. That guy figured out how big the Earth was with basically ZERO technology. Around 200 BC he knew the Earth was round by measure fucking shadows. I don't understand how, but he did. The Earth being round wasn't universally accepted for like another 1700 years when Magellin sailed around the entire globe(pretty much). In fact we still have morons out there on youtube saying the Earth is flat.

Aristarchus figured out that the Earth revolved around the Sun over A THOUSAND years before Copernicus and yet we give that guy all the credit.

It's insane what was coming out of there. It was a dream team of thinkers and they had all the knowledge of the world at their fingers. Advancements in math, astronomy, grammar, medicine, and philosophy were pouring out of Alexandria. Ancient wisdom combined with modern thought all housed in one great city of the Hellenistic world. And then…

The Library containing all of the world's knowledge and secrets were burned down. Motherfucking Julius Caesar wanted to be the new Empire guy. He came into Alexandria for a battle against the Egyptians in 48 BC and just set the entire harbor/city on fire. Researchers now say that the destruction of the Library probably happened over a period of time. Julius Caesar was likely just the first to do damage. Ransacking the library became something soldiers would do. They'd steal scrolls and art works and claim them as spoils of war. Some ancient asshole probably took the scroll that proved the Earth revolved around the sun, wiped his literal asshole with it, and then that knowledge was lost for literally a thousand years. Who knows what else was lost. It was said that the Early Christians, somewhere around 400 AD didn't like a lot of Pagan contents or other ancient texts that were in the Library so they burned some shit too and outlawed it. Eventually, over a long span time, all of the contents were lost and library was no more. It's something that literally set human development back for a thousand years. Who knows where we would be if that library never ceased to exist as a place of learning. We'd probably be traveling around the Galaxy like Luke Skywalker right now if Julius Caesar wasn't such an asshole.

In a move that is probably 2000 years too late, Egypt has built the world's biggest library again

Seems unnecessary. Just google stuff now. Whatever though. Have a good day everyone.