As a critically acclaimed journalist, I believe that fact checking is one of the most important aspects of my job. I want the truth, the whole truth, and nothing but the truth. And as a lifelong resident of Philadelphia and its surrounding areas, I felt obligated to fact check the President when he said that "bad things happen in Philadelphia" during last night's...uhh...debate(?).

Now it's important to set up some sort of time parameters for these things. Because if you think about it, the entire history of modern civilization is pretty much just a highlight package of a bunch of bad shit that has happened. You could say that bad things happen anywhere in the world at some point or another, and it would be true. So let's just stick to when Donald Trump was elected in 2016 and forward. 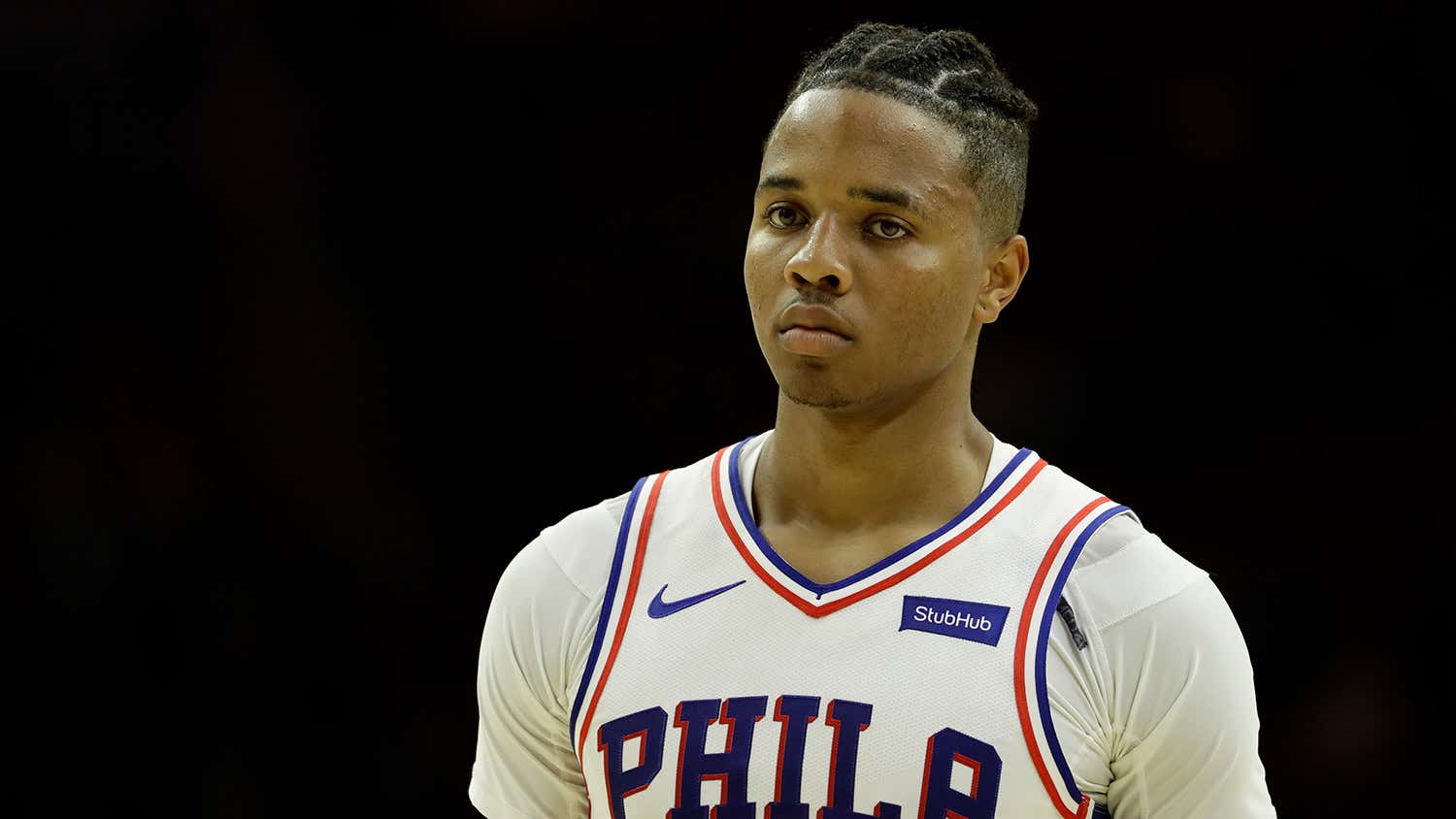 The first item we can immediately jump to would then be the 2017 NBA Draft. The Philadelphia 76ers trade up to take Markelle Fultz with the 1st overall selection. He then immediately forgets how to shoot a basketball. Probably the most important thing for a basketball player to know how to do, and Markelle Fultz literally just forgets how to do it. He misses pretty much the entire year with an injury--which is tradition for Sixers draft picks--it never ends up working out, and he gets sent to the Orlando Magic. To make up for the fact that they missed on Fultz, the Sixers then go out and they acquire Jimmy Butler and Tobias Harris. They lose in game 7 to Toronto on a circus quadruple bounce from Kawhi Leonard, the Sixers then decide to keep Tobias Harris and trade Jimmy Butler, they bring in Al Hoford, he and Tobias Harris con the Sixers out of $289 million, and they get swept out of the 1st round of the playoffs by the Boston Celtics while Ben Simmons--who still can't shoot a 3--is out with an injury.

Fact Check #1: Bad things are happening, confirmed. And we didn't even talk about the Colangelo situation. 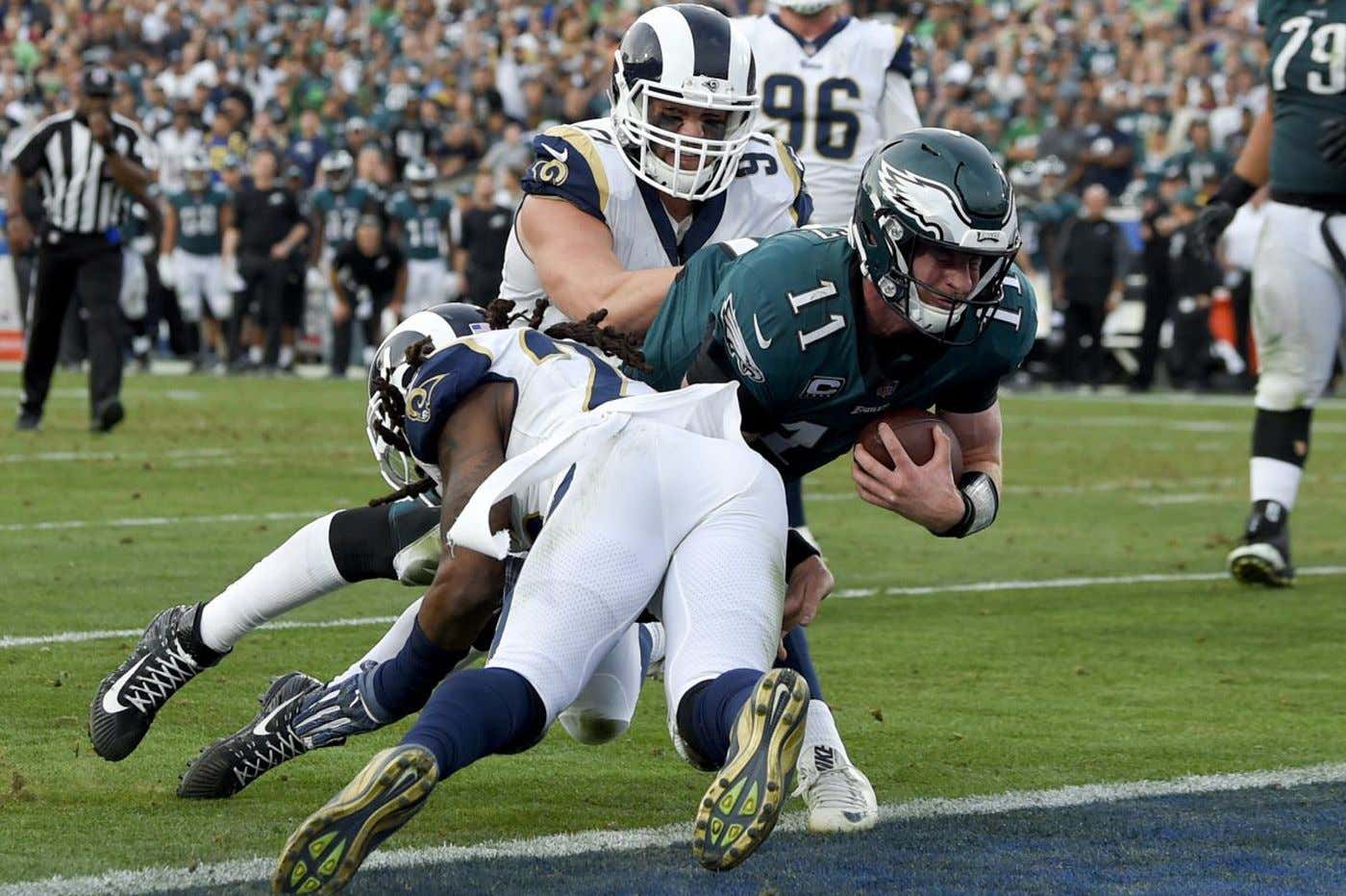 Now we move on to December of 2017. Carson Wentz is in the middle of a historic season in which he is the clear front runner to be the league MVP. And while trying to dive into the endzone for a touchdown in LA, Carson Wentz ends up tearing his ACL.

It all worked out for the Eagles in the end that season as they won their first Lombardi Trophy in franchise history, but let's fast forward to this year. Carson Wentz is struggling mightily this year. Maybe it's the injuries catching up to him. Maybe he's a little nervous about losing his starting job because the Eagles drafted Jalen Hurts in the 2nd round, and he's sick of backups taking all the glory away from him here in Philly. Maybe it's the fact that he has literally nobody to throw the ball to. It would be nice to have a weapon like DK Metcalf for Carson to throw the ball to, but Howie Roseman saw more upside in an absolute dog shit receiver like JJ Arcega-Whiteside, so he drafted him instead. Arcega-Whiteside fucking sucks and has a grand total of 10 receptions so far in his NFL career. Then there was a LOADED crop of receivers in this year's draft class, but Howie didn't feel the need to jump up in the draft to take any of the truly elite talents. Instead, he settled for Jalen Reagor. And I still think there's hope for Reagor but guess what--just like every other 1st round draft pick in Philadelphia history, Jalen Reagor is now spending most of his rookie season on the IR with some torn ligament in his thumb. So he wasn't even available for last week's shit show tie against the Cincinnati goddamn Bengals.

Fact Check #2: Bad things are happening, confirmed. And we didn't even talk about the Alshon Jeffery being a locker room snitch to Josina Anderson situation. 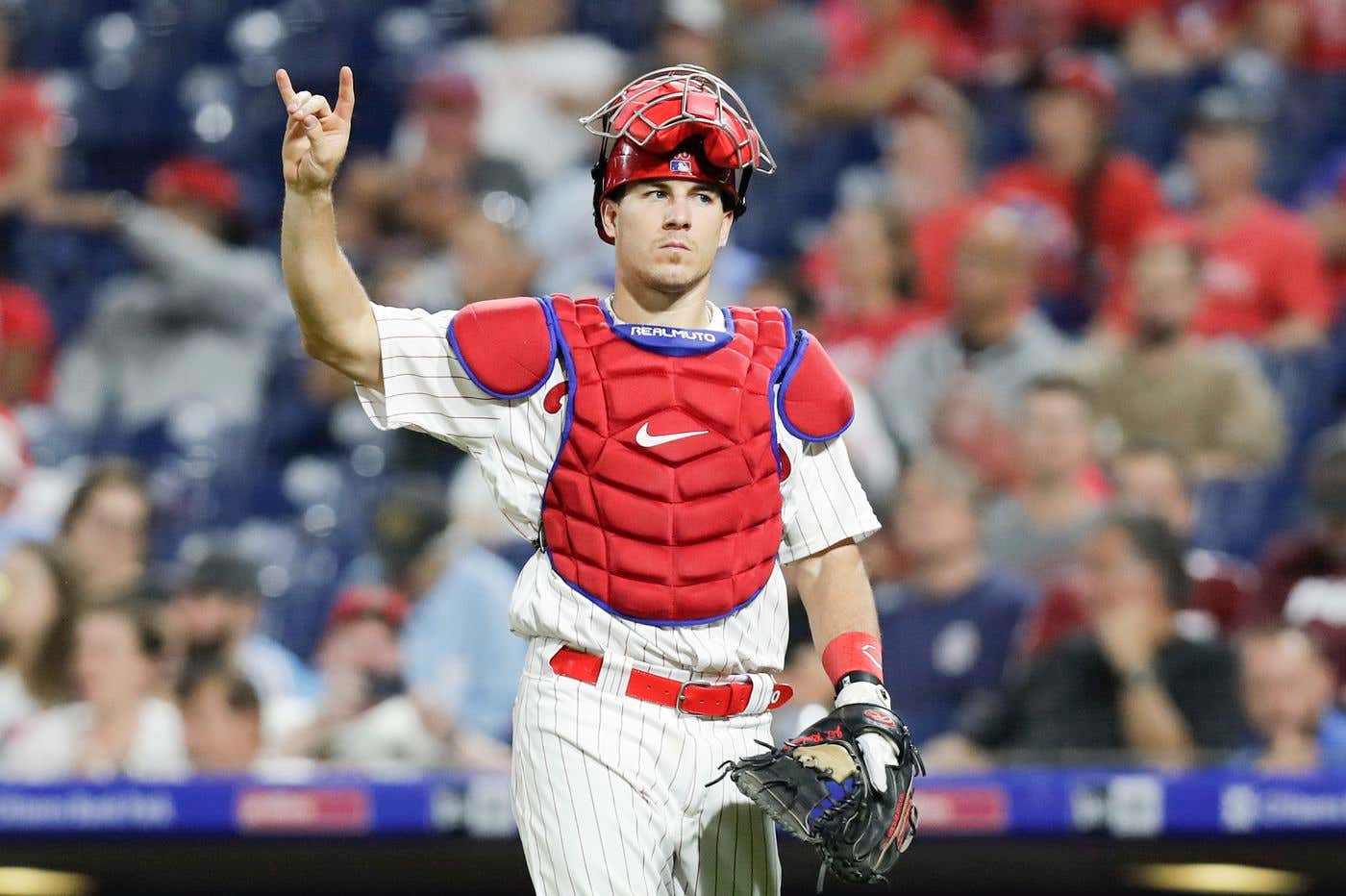 How about them Phightin' Phils, huh?

The Philadelphia Phillies spent an entire offseason stroking their own cocks talking about all the stupid money they were going to spend in free agency. Granted, they went out there and they signed Bryce Harper to a massive contract. But other than that?

Well they traded away Sixto Sanchez for JT Realmuto. Not the worst trade in the world, but it continues to look worse and worse every day as Sixto looks like a legitimate MLB ace, and the Phillies still haven't signed Realmuto to an extension. They are going to lose the best catcher in baseball because Matt Klentak is a fucking dork and is now realizing that managing an actual baseball team is a little more difficult than his fantasy baseball roster. And because of Klentak's incompetence, the Philadelphia Phillies employ the absolute worst bullpen in the history of baseball. And because that bullpen is such dog shit, the Phillies have missed the playoffs in both years of Bryce Harper and JT Realmuto's time in Philly so far. In a year when 16 teams make the playoffs, these sorry assholes still aren't playing October baseball. So Sixto Sanchez goes to the Marlins, and the Phillies waste 2 years of JT Realmuto and there's a chance they come away with absolutely nothing when this is all over. Worst bullpen in baseball, and for some reason the organization is still too nervous to fire this clown general manager who has turned the entire city against this team.

Fact Check #3: Bad things are happening, confirmed. And we didn't even talk about the Nationals winning a World Series as soon as Bryce Harper was off the team. 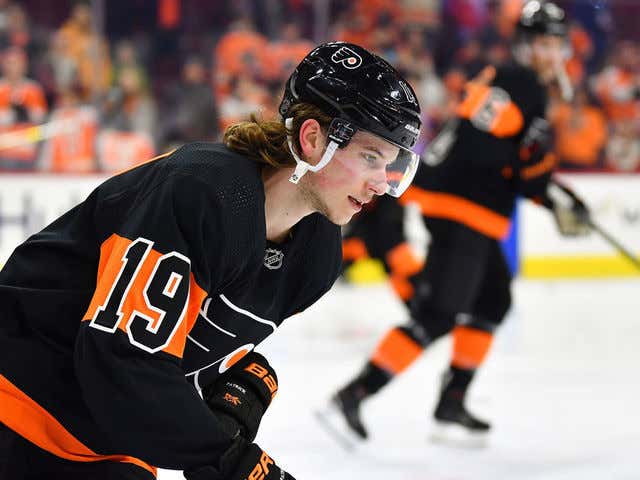 The Flyers actually had a somewhat successful season this year. That didn't stop them from getting shutout in game 7 of the 2nd round of the playoffs against the Islanders, but it still wasn't an absolute disaster of a year like its been for the Eagles, Phillies and Sixers.

But let's go back to that summer of 2017 when the Sixers drafted Markelle Fultz. On the very next day, the Philadelphia Flyers had the 2nd overall selection in the 2017 NHL Draft. With that pick, they drafted Nolan Patrick from the Brandon Wheat Kings. He had a somewhat productive first 2 years in the league. 30 and 31 points respectively. Nothing crazy but nothing atrocious either. But he just missed the entirety of his 3rd year in the league with migraine issues. Now this is nothing against Nolan Patrick. There's nothing he can do about that, and you always want to be as cautious as possible with head injuries. But it's just the fact that shit like this always seems to happen in Philadelphia. The Flyers had moments this year when they were the best team in the league. It sure would be nice to have your 2nd overall draft pick from just 3 summers ago out there as well, but the Flyers didn't have him for a single shift this year. Maybe he wouldn't have been the definitive difference maker in that series against the Islanders, but having him out there sure as shit would help some of the other guys who needed to get themselves going. But Philly sports can't have nice things. Everybody gets hurt, all the teams go straight to shit, and it's just a rinse & repeat cycle from there. Every once in a decade this city catches a lucky break and get our hands on a championship. But for the most part, it's pain and misery.

So there you have it. The President said that bad things are happening in Philadelphia and the truth-O-meter was off the charts on that one. Couldn't have been more true if he said the sky was blue.

And oh yeah, apparently the Philadelphia Union are doing pretty well right now. Can't wait to see how that one completely falls apart.