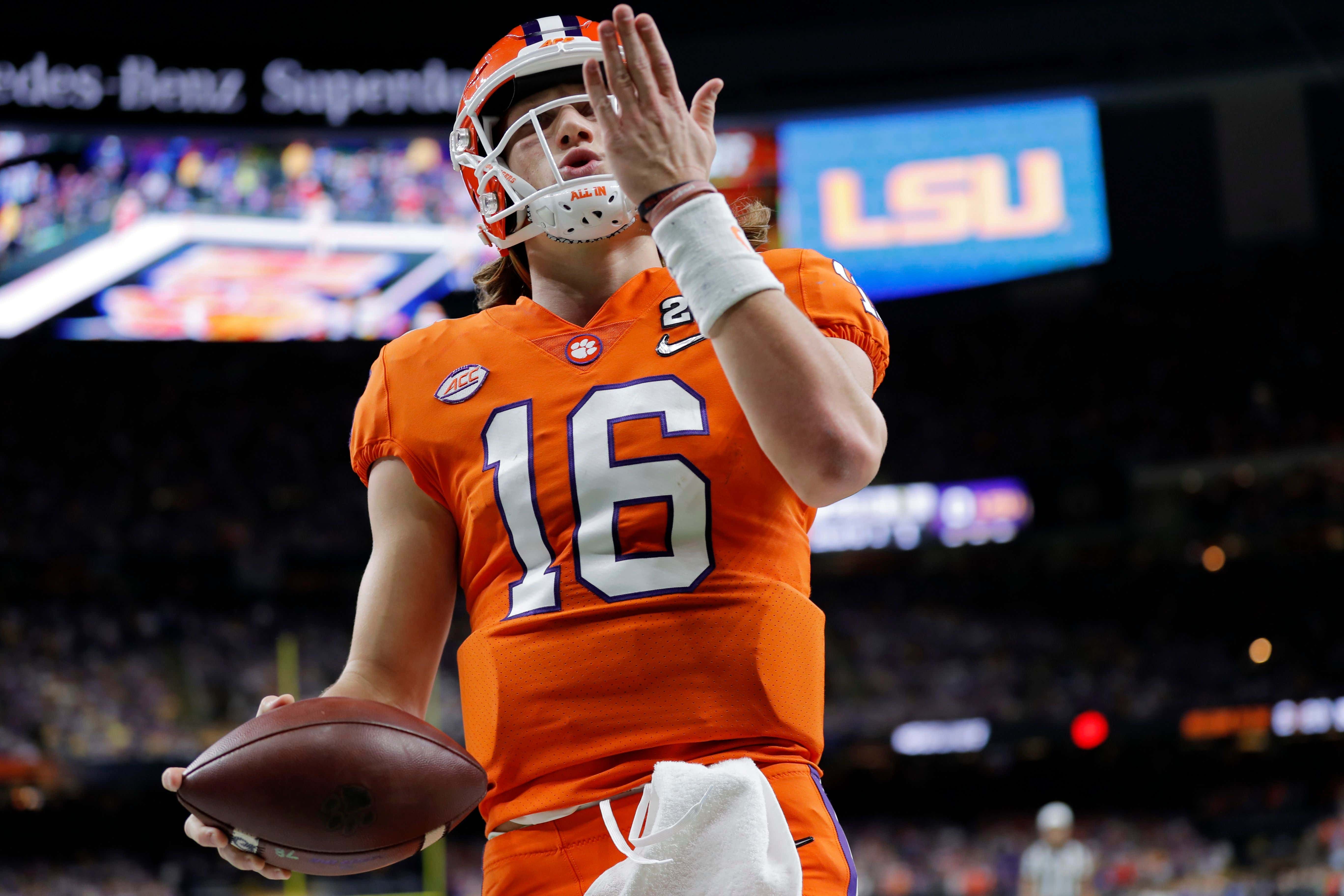 In most NFL seasons, Week 4 means the season is still floating around in the amniotic sac and it's way to early to start drawing conclusions about how anything is going to turn out in the end. As a general rule, it's smart to wait at least until the smell of Pumpkin Spice is out of the wind before you start in on that. But then again, the morning after the season opener the cable shows were all having the "Can Kansas City go 16-0?" conversation.

So why wait until Black Friday? Let's start our draft shopping now.

There are currently six teams at 0-3. The Falcons, Vikings, Broncos, Texans, Giants and Jets. And by any objective measure that is a six-team Suicide Squad of suck. And the ultimate loser of this loser tournament will get the prize of a generational talent in Trevor Lawrence.

But can there be any doubt that the last two I mentioned are the worst of the lot? By far? The New York Post, which has the unfortunate Strip Club Janitor-like duty of covering them both certainly thinks so.:

Does anyone think either of the local teams will win more games at MetLife Stadium than the 49ers already have (two) this season? Daniel Jones and the Giants’ offense didn’t take a single snap inside the red zone against a team missing practically half of its starting lineup. This is a far bigger problem than Saquon Barkley’s absence. Next: Sunday at LA Rams.

From the silver linings playbook, at least the Jets can boast that their first-round left tackle, Mekhi Becton, has made more of an impact early on than his Giants counterpart, Andrew Thomas. But really, that’s about all they can say. Offensively, the Gase/Darnold unit is ranked dead last in the league in scoring, total yards, passing yards and first downs. Next: Thursday vs. Denver.

And where do the Giants rank in those categories?

I'll add that a team that was trying to build around Saquon Barkley find themselves last in rushing yards per attempt and per game without him. And in passer rating, the Jets are 30th and the Giants are 31st. (Thanks, Philadelphia!)

And while you might argue three weeks is way too early to claim neither New York team will figure it out, find a way to improve and steal a few wins, it's not too soon for the NY media to start demanding some ritual sacrifices. Joe Judge has the Immunity Idol for now, but the guy who hired him does not. Not

ESPN - In defensive end Leonard Williams' estimation, the New York Giants are "right there." Just a few fixes here and there to stop beating themselves and, voila, they will be a good team.

The statement was an insult to anyone who invested three hours Sunday into watching the Giants get drubbed 36-9 by the San Francisco 49ers to hear that this team is anywhere close to good. It is not, and it's mostly general manager Dave Gettleman's doing.

The Giants (0-3) are winless and were demolished by the 49ers' B team. San Francisco was missing 10 projected starters and still outclassed this group rather easily.

And if Colin Cowherd's sources are correct, those sad Jets fans who turned out by the dozen last week to demand Adam Gase get fired could get their wish by the end of this week:

“I am told with Adam Gase that Jets lose Thursday, he’s done. … Gase has a problem. He’s not only losing games, but he’s lost the locker room. … Too many Jets are always hurt. There’s something here. Do players want to play? I’m told the Jets have already reached out to a top coach agent and started asking questions. They’re going to look to college, they’re going to look to the pros. But the Jets have started the process."

It would take a heart of stone not to laugh. Not that I'm happy about all the Giants and Jets misfortune. If you don't like watching Barkley play football, I can't like you. And I thought Mekhi Becton (11th overall) was among the steals of the 2020 draft so far. And now that both are hurt, I am saddened, not gladdened.

But the rest? The shit both franchises have brought on themselves with terrible decision making, awful personnel moves and atrocious hirings? That incompetence I enjoy like I enjoy few things in this life. And watching the two organizations race to the bottom once again in an attempt to find the next franchise player who'll be expected to deliver them out of the wildnerness they've been wandering in will be one of the great joys of the season. Maybe even enough to salvage one of the worst years ever.

I only hope for Trevor Lawrence's sake, he's watching the Giants and Jets carefully. Because for all the benefits of going to the biggest media market in the Western Hemisphere, he might want to consider sitting out the 2021 draft.