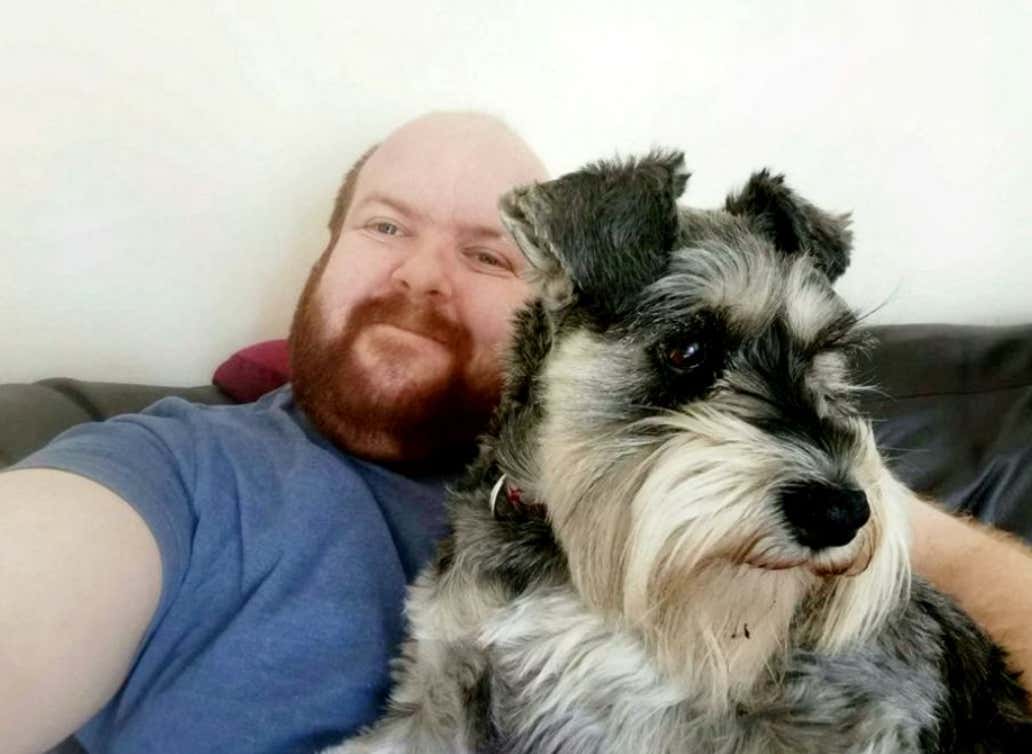 Source -  A man listed himself on Facebook in an attempt to find a girlfriend after failing to find love on dating apps.

Alan Clayton, 30, described himself as “free” and in “good condition” on the items for sale page – an unusual attempt which has left his inbox brimming with prospective matches.

The lorry driver, from Kettering, has only been on one date so far, which sadly didn’t work out, but hopes the novel approach will attract more Northants-based singletons.

While he’s yet to have a lady on his arm, he’s still hopeful that this new method of dating will land him in his dream relationship. 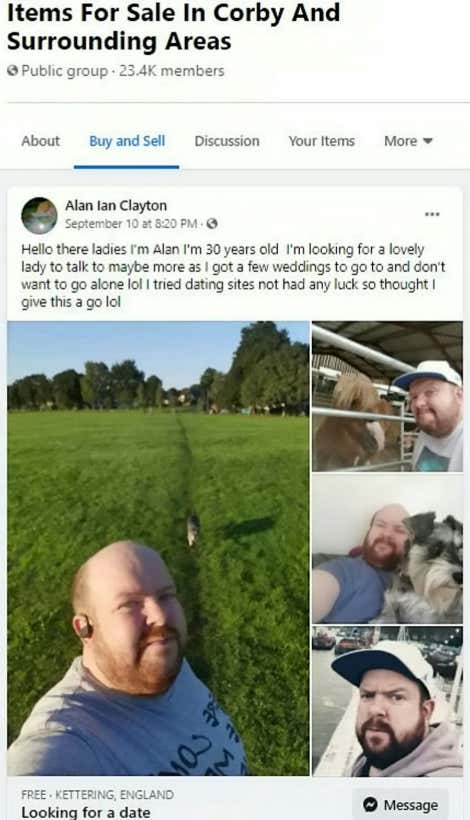 Ladiessss, what are we thinking? Yes or yes? Because say what you want about Alan Clayton, he knows what he wants. Which is a "girlfriend to go to weddings with." Totally relatable considering no one likes to go to wedding alone. Lucky for him he has found some success in the Facebook Market Place...

Speaking about his decision, Clayton explains: "I've tried conventional apps like Tinder and Plenty of Fish but nothing has really happened so I went to sign up to e-Harmony. “They asked me lots of questions and I suddenly thought ‘why don't I just advertise myself online on a bargain adverts page.’

“I could only go two ways - people taking the mickey or finding someone. So far the response has been amazing. I was up past midnight reading all of the messages of support from people. I've had women show some interest but it has not really led to anything.

“I've been on one date so far as a result but that didn't work out unfortunately so I'm still very much on the market and it’s still relatively early days.”

Does that have to do with the fact that his services are free? It's tough to say, but yes. Regardless, if I were woman in the area I would take Al up on his offer. Think about it...worst case scenario you get a free meal out of the guy, best case scenario you find the love of your life.

My favorite part of the whole thing is when he listed out what he's looking for in a partner...

The Manchester United fan is looking for somebody who is “funny, outgoing and independent with a bubbly personality”. He added: “I'm hoping for a woman who shares some of my interests but I'm not that fussy as long as she's fun to be around.

Basically nothing. Just be fun to be around and even if you're not it doesn't really matter. The man just needs some company. Someone reading this blog should give it to him. Best of luck, Al. You'll find love, just give it time.