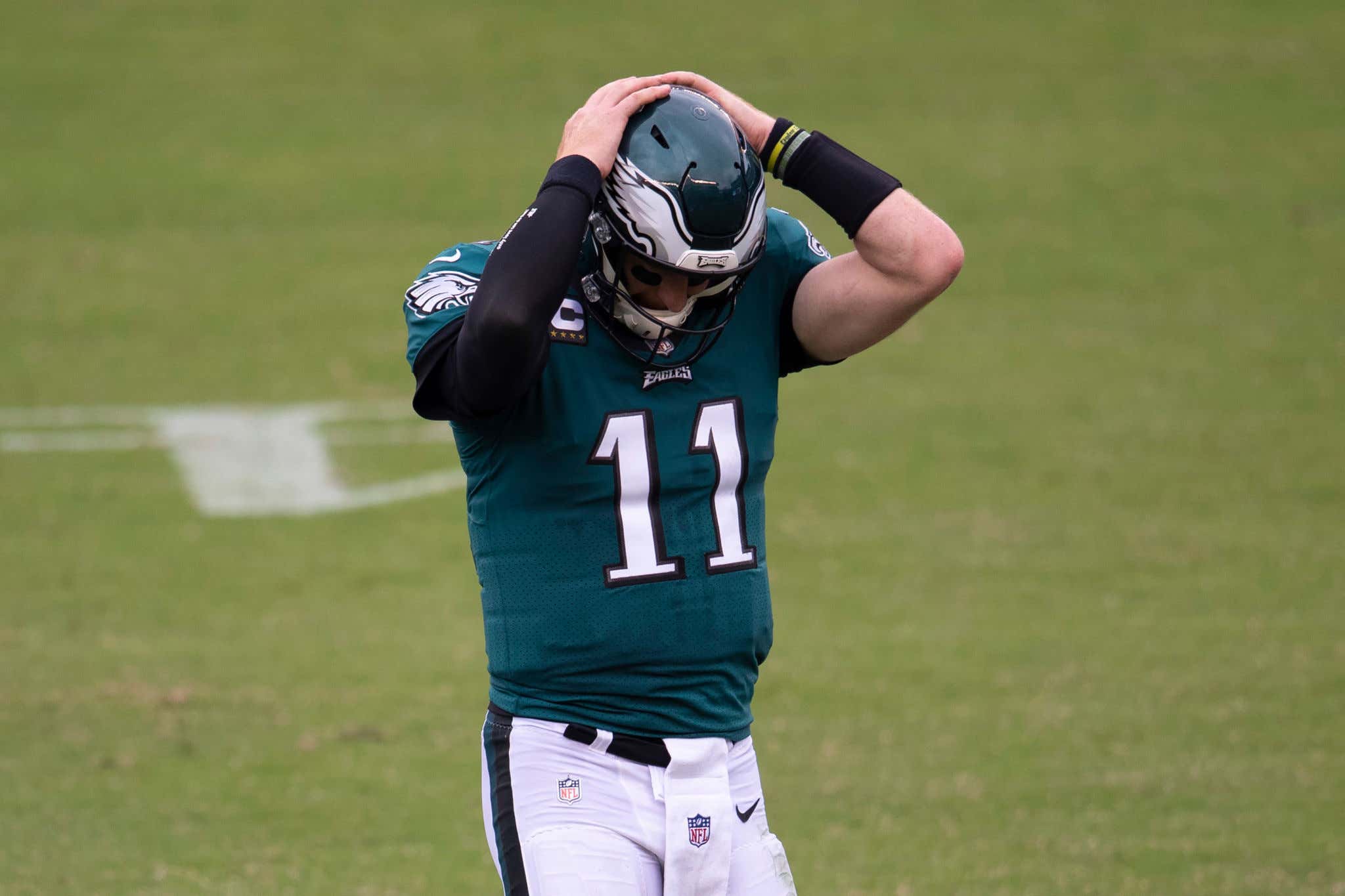 You see, kids, when a man and a woman are in love, the man will insert his hog into a woman's vagina and he will have a seizure for roughly 38-47 seconds until white pee comes out. It's a beautiful thing. Or is it?

Sure, sex might be cool and everything but have you ever tried abstinence? Your friends might think it's cool to do sex but you want to know what's really cool? Being the clear front runner to win league MVP and leading your team to an 11-2 record for the first 13 weeks of the season.

That was an abstinent Wentz. That was a Carson Wentz he refused to do the dirty just as much as he refused to turn the ball over. Only 6 interceptions thrown during that  entire stretch.

And now through just 3 games of the 2020 season with an 0-2-1 record, Carson Wentz leads the NFL with 6 interceptions.

The biggest difference between this Carson Wentz and the one we all witnessed in 2017--aside from injuries?

So just let this be a precautionary tale to all you folks back home. Sex is the devil. It's officially CelibacySZN.

Sidenote: Speaking of sex, at least Doug knows he was wrong for fucking all of us like that yesterday.