I wrote this LITERALLY ONE WEEK AGO:

That kind of shit can only happen to the Falcons. This is what they exist for. To be a punchline. They were put in the NFL for the sole purpose of fulfilling the joy of other fanbases. Up 20-0 after the first quarter. 29-10 at halftime. 39-24 with 7:57 left in the fourth quarter. 39-30 with the ball with 4:57 left in the game. 39-37 with 1:49 left and you wait for the onside kick to travel 10 yards before you make a move on it. Unfathomable choke job that only the Falcons, with their years of experience, could pull off. No one else walks out of Jerry World with a loss under these circumstances. Only the Atlanta Falcons.

PS - The Falcons are single-handedly keeping the Win Probability nerds in business. No one makes 99% win probabilities go viral for choking them away more than the Atlanta Falcons. It's a meaningless stat you never see unless a team chokes and boy oh boy do the Falcons have expertise in this field. 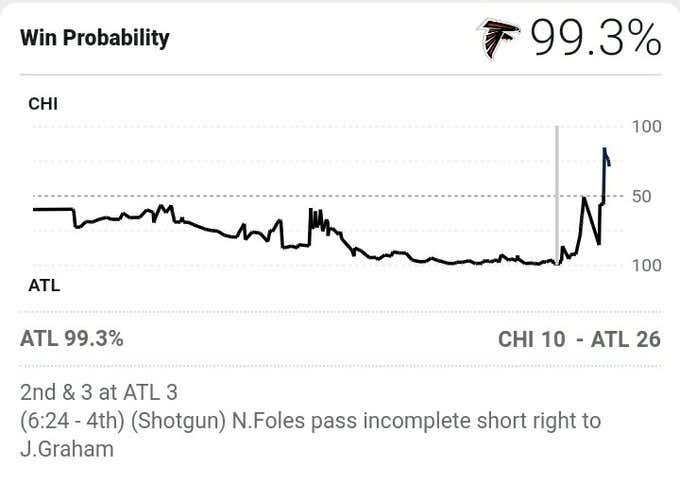