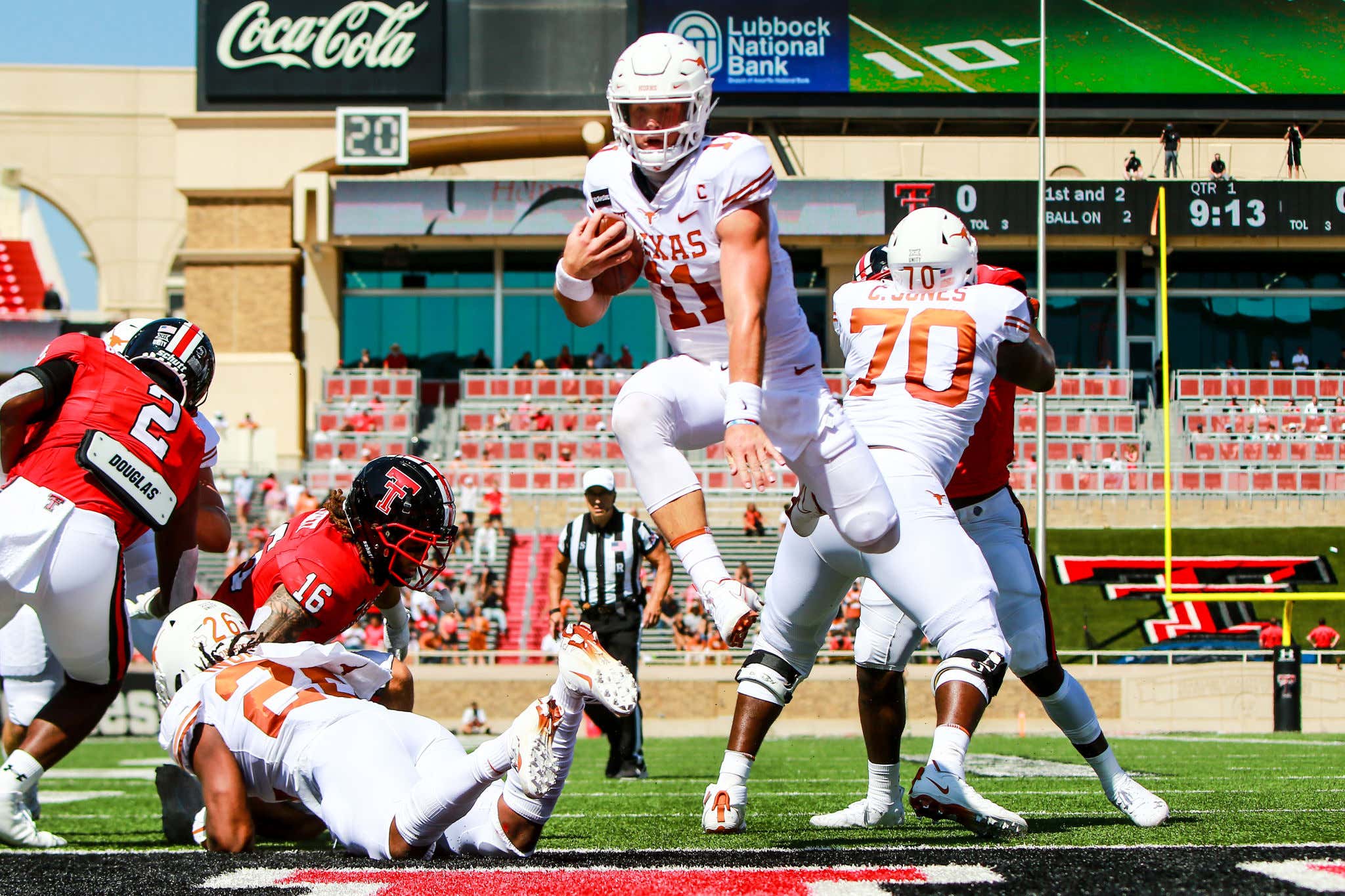 Holy shit, this game was an absolute roller coaster of emotions! Regardless of who you were rooting for.

I'll be honest, I thought it was over. The Longhorns were regressing and, frankly, they just looked like shit. But then, in a moment of pure poetry, the red-headed Red Raider put his horns down and lit a fire under Sam Ehlinger's ass.

Anyone who knows anything about Sam Ehlinger knows he is not a fan of "Horns down." In fact, he fucking HATES it with the fury of a billion suns.

“I remember every single team/player that disrespects the rich tradition of the University of Texas by putting Horns down,” Ehlinger wrote in a tweet. “Do not think it will be forgotten in the future."

So it's no surprise that following that foul and disgusting gesture, he immediately stopped fucking around, drove his team downfield, and scored in about 30 seconds. And after Texas recovered the most fateful, elegant onside kick in the world…

… Ehlinger tied it all up.

What followed was a fast and pain-free (well if you're a Longhorn) OT win not one person saw coming, except Sam Ehlinger.

But especially not Dave Portnoy.

Texas may not be back back, but if people keep putting their horns down, Ehlinger is gonna bring us back.