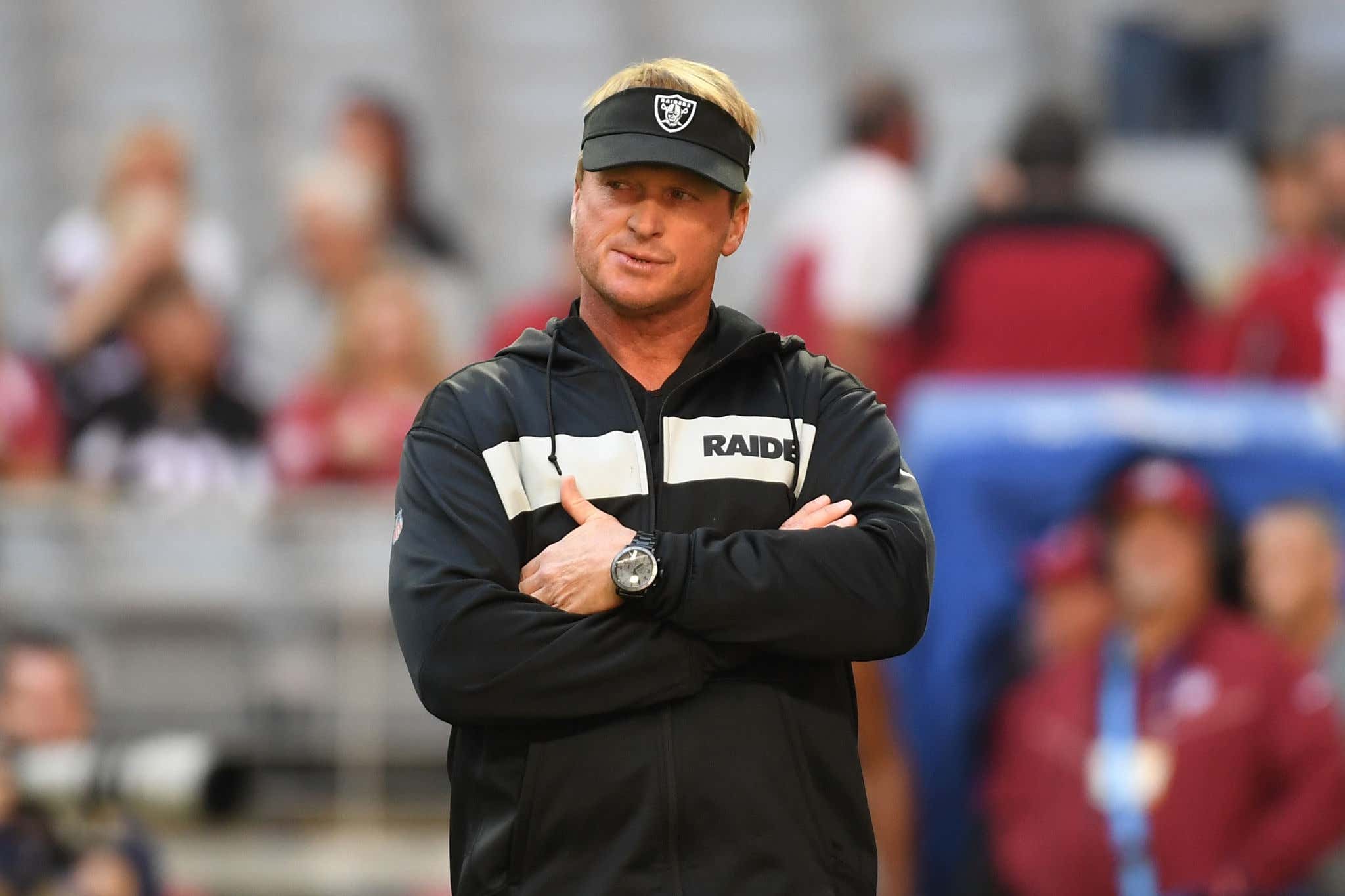 This week in his league mandated conference call with the New England press, Jon Gruden was asked about the episode of Quarterback Camp he did with Cam Newton when he was with ESPN and Newton was the mortal lock No. 1 pick for Carolina back in 2011. And he pretty much did what Gruden has done any time he's ever been asked to assess a quarterback - especially when he was on Monday Night Football - which is praise him like he was on the guy's payroll.

Patriots.com - "I haven't seen many guys walk through my doors that look like Cam. I call him 'Slam.' Slam Newton. That was the nickname I gave him. He is a power forward playing quarterback. He's oversized for the position. He's gifted so much athletically. It's incredible what he's accomplished (with durability). It's really impressive. I'm happy to see him healthy, again, by the way.

"Cam looks like he's the usual Cam. He's a threat to do a lot of different things. It's a tough operation. It always is when you play against Cam Newton and the New England Patriots, and now that they've joined forces, it's double trouble for every defensive staff, every coach and every team that comes in there."

Which is mostly good. I suppose. I guess if I'm a quarterback I'd prefer to be compared to a ball distributor or a 3-point shooter. Power forward is a position you compare to tight ends. Brute force guys who post up and overpower you, not the guy in charge of running the offense. But I'm not going to pick nits. And in a career of assigning mostly stupid nicknames to guys that never catch on, I have to admit Slam Newton isn't the worst we've heard out of him.

But it's worth looking back at that episode of Quarterback Camp and look at the way Gruden regarded Newton back then and ask yourself if you're not picking up a little undercurrent of doubt from him that Newton will be able to transition from the system he ran at Auburn to the pros. At the very least, a slight condescension as he explains the 'verbage" [sic] he'll have to learn like a new language.

By no means am I hammering Gruden or claiming this as Bulletin Board Fodder. My headline isn't "Gruden TOTALLY Disrespected Newton!" or anything of the sort. But having watched a lot of these clips back in the day, I remember him giving the reach-around to every young QB he ever had on, and this is the furthest he ever went away from that formula. While he wasn't exactly grilling Newton, he was sauteing him a little.

And to be fair, he was not alone. I remember having serious doubts about Newton's transition into the pros as much as anything for the fact that he was going to a 2-14 team owned by a ridiculous old coot:

… and had to go into the season after minimal time with the Panthers' playbook thanks to that year's lockout. And Newton could not have proved his doubters more wrong, with arguably the best rookie season by a quarterback ever, with 60.0% completions, 4,051 passing yards, 704 rushing yards and 35 combined touchdowns.

So yes, it's fair to say he had no problem graduating from calling "36" in Carolina to Rod Chudzinski's Norv Turner/Air Coryell school.

And as far as transitioning to the Patriots and Josh McDaniels' scheme, the "verbage" is a lot closer to Auburn's than those lines of computer code Gruden was spitting at him. It takes formations, motions, routes, checks and protection schemes that are just as complicated as the ones Gruden was talking about and reduces them to just a few numbers and words. As demonstrated by this Redditor who posted a photo of Mannequin Tom Brady's wristband at the Patriots museum. 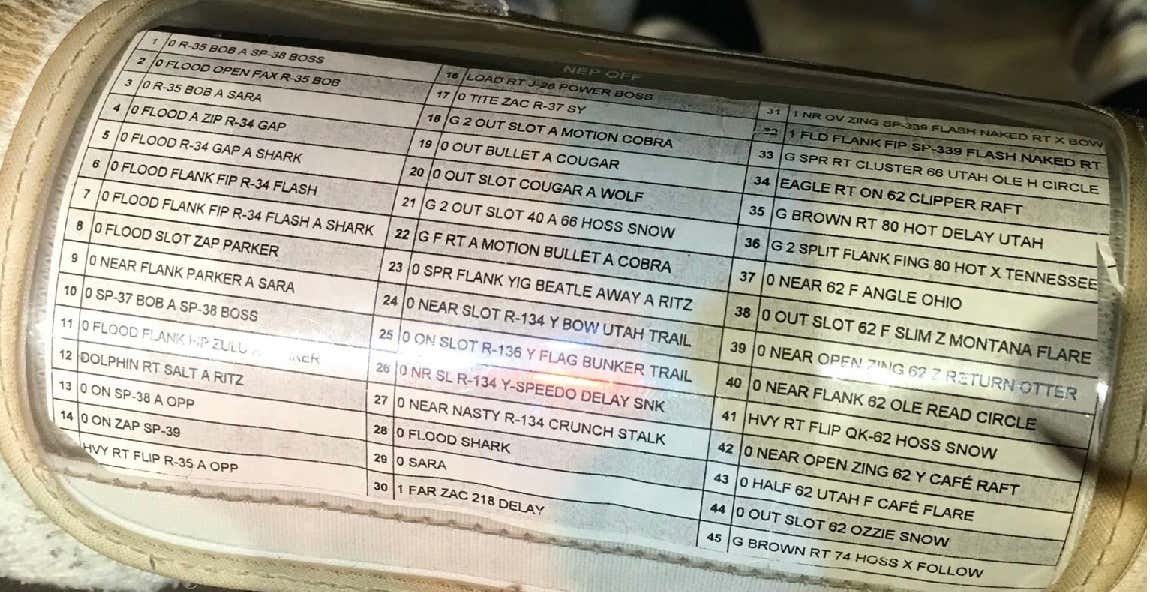 And so far anyway there's no reason to doubt Newton's capacity to process all that and put it to good use.

Still, you look close at his body language in that nine year old clip and it's not hard to deduce he felt like Gruden was being dismissive toward him. And since this is the first time he's faced Gruden - in fact, it's the first time Gruden has coached against the Patriots since losing 28-0 while coaching Tampa Bay in 2005 - Sunday will be the first time to demonstrate how wrong the guy was to doubt him even a little.