NY Post - A California man has been found guilty of putting his semen in a colleague’s water bottle and on her workspace after she rejected his advances.

Stevens Millancastro, 30, was convicted Monday on assault and battery charges stemming from his attempts to retaliate against the woman in La Palma between November 2016 and January 2017, the Mercury News reported.

Prosecutors allege that Millancastro was obsessed with his co-worker, asked her out on a date, and then began to incessantly stare at her after she turned him down.

The woman asked her boss to tell him to cut it out, but when that didn’t stop him, she filed a complaint with the HR department, prosecutors said.

Then on several occasions, the woman came to work to find a murky substance in her half-full water bottle, the outlet reported.

Her boss agreed to set up a surveillance camera to monitor her desk, then reviewed the footage when she came into the office on another morning and discovered a “milky white substance” on her keyboard, prosecutors said.

The footage was turned over to detectives who determined that Millancastro waited until the woman left, then smeared something using tissues on her keyboard and mouse, the outlet reported.

Police also found Millancastro’s semen in her water bottle and a bottle of honey she put in her tea every day, the report said.

Millancastro’s attorney, Michael Morrison, acknowledged that his client’s behavior was “highly inappropriate,” but denied that he was acting out of sexual gratification.

Instead, he claimed that Millancastro was retaliating against the woman over the HR complaint, and was afraid of losing his job or a promotion, the report said.

First off. I think I speak for everybody when I say give this man the chair.

Secondly, throw this "boss" a lethal injection dose while you're at it.

What kind of fuckin show are you running here buddy? This guy was a certified creep show and you should have saw this coming a mile away.

Thirdly, can we talk about his attorney's defense for a second?

Millancastro’s attorney, Michael Morrison, acknowledged that his client’s behavior was “highly inappropriate,” but denied that he was acting out of sexual gratification.

Instead, he claimed that Millancastro was retaliating against the woman over the HR complaint, and was afraid of losing his job or a promotion, the report said.

Highly inappropriate workplace conduct is mass emailing dirty jokes, or mistaking water cooler talk for locker room talk. Not jizzing all over the place, dumping it into the water bottle of a chick who wants nothing to do with your scummy ass, then smearing her keyboard and mouse with it.

What a sick fuck.

And then to claim, "he was retaliating about the complaint that she made about him, for STARING AT HER NON STOP AND CREEPING HER OUT, after he asked her out and she said no". And that "he was afraid of losing his job" because of it.

p.s.- I let out an "oh noooo" out loud when I read that this poor lady never drank the water that looked "cloudy" (gag) because she was suspicious. But that she ate the honey this sick puppy came in every other day with her tea.

At the time of the crimes, Millan worked with the victim, Jane Doe, since 2014.

Between Nov. 24, 2016, and Jan. 13, 2017, Jane Doe consumed the contaminated honey approximately every other day without knowing it contained the defendant’s semen.

p.p.s. - A+ comment from Brittany on his FB photo 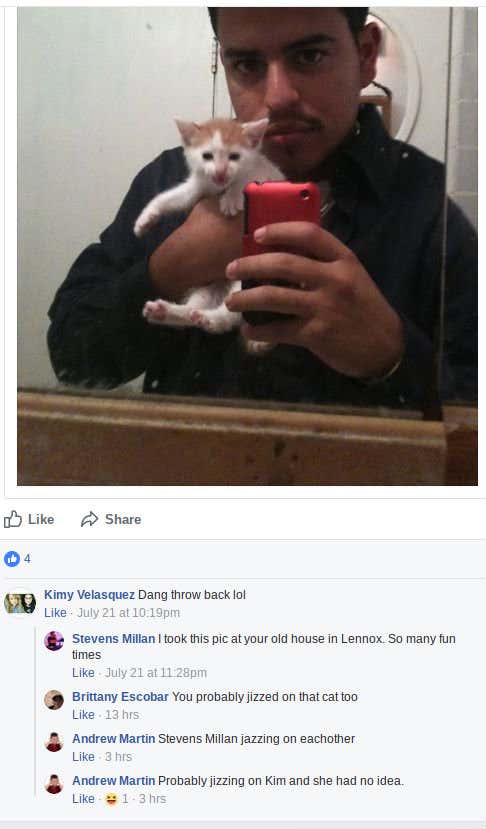 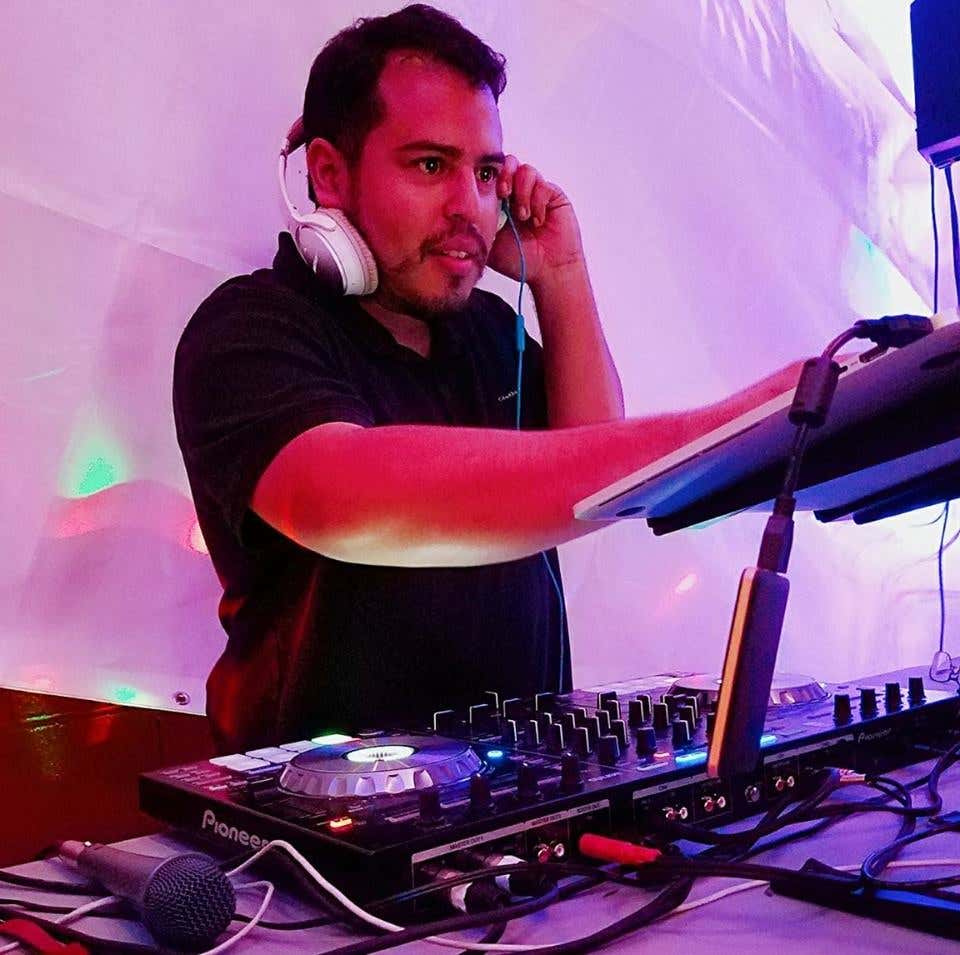