Is this really what you sent us, AL Central? This is was your division leader? The Indians have now beaten the White Sox 7 out of 9 times this season, including each of the last four nights. We even spotted them the lead in the last three. To be clear: I will play the White Sox every single day of the week and twice on Sundays. We can play in Cleveland, in Chicago, in the bubble, or even on the moon. I want this team in the playoffs. I know we just ate like kings this week, but I'm still hungry. Feed me the White Sox. 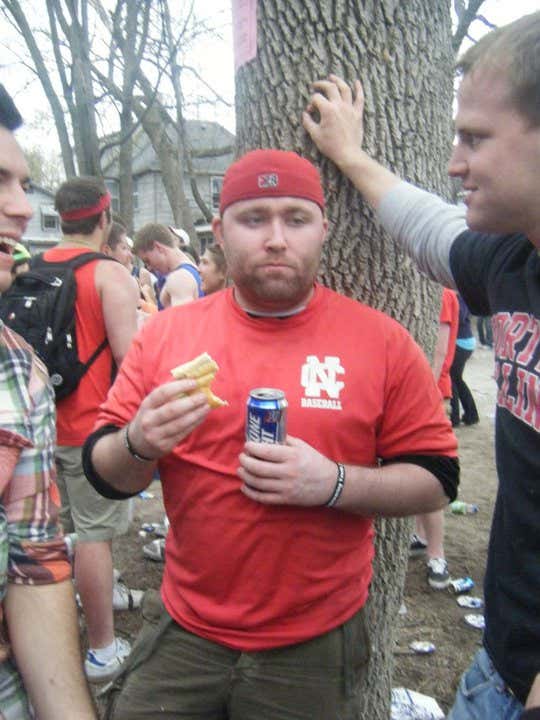 ……the problem is that the Tribe has gotten so hot that it's completely screwed our playoff schedule up. 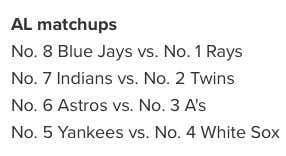 God damnit. I told you this was going to happen three days ago. I said, I like how this bracket sets up for us so much that we need the season to end immediately. I didn't care that we were the 7th seed. There is no home field advantage when we're all playing in a bubble. So let's not rock the boat and kick the White Sox out of the two hole. We've got the American League right where we want them. Two game warmup with Chicago, then basically an exhibition series against whoever comes out of the Rays/Jays matchup, and then the playoffs can start in the ALCS. But look what we did: beat them like a drum so bad that we've "rewarded" ourselves with the Twins, should the season end today. Just our luck.

Luckily for us though, like my dad always taught me, it's not over until the ladies from the University of Michigan start to sing. That or after this weekend, whichever comes first. So now we're all within 2 games of each other, and the remaining schedules go as followed:

- Twins host the Reds for 3 games

I mean, the Pirates are 18-39. The worst team in all of baseball. In a season that everyone had a chance, they never had a chance. They've got to be booking their flights to Cabo right now, if they already haven't. So yeah, the Indians clearly have the easiest remaining schedule, especially when you factor in that the Reds are still fighting for the playoffs and the Cubs are looking to get the right seed in the NL. But it still looks like the Twins will end up with the AL Central crown, which means at best we pass the White Sox and jump to the other side of the bracket. And you can put me on record as NOT wanting to do that. Let the Yankees, Astros, and As figure out who wants to represent that side in the ALCS. It sucks that we just played ourselves out of seeing the measly White Sox in the first round, but I guess I'll take the Twins if it means staying on the top half. What we really NEED is the White Sox to tie the Twins because the Sox will then be back at #2. But if there's a 3-way tie, the Twins win that one. It's all a mess. It would've been much easier if we just lost to the White Sox one time this past series, but it literally seems impossible to lose to those guys right now.