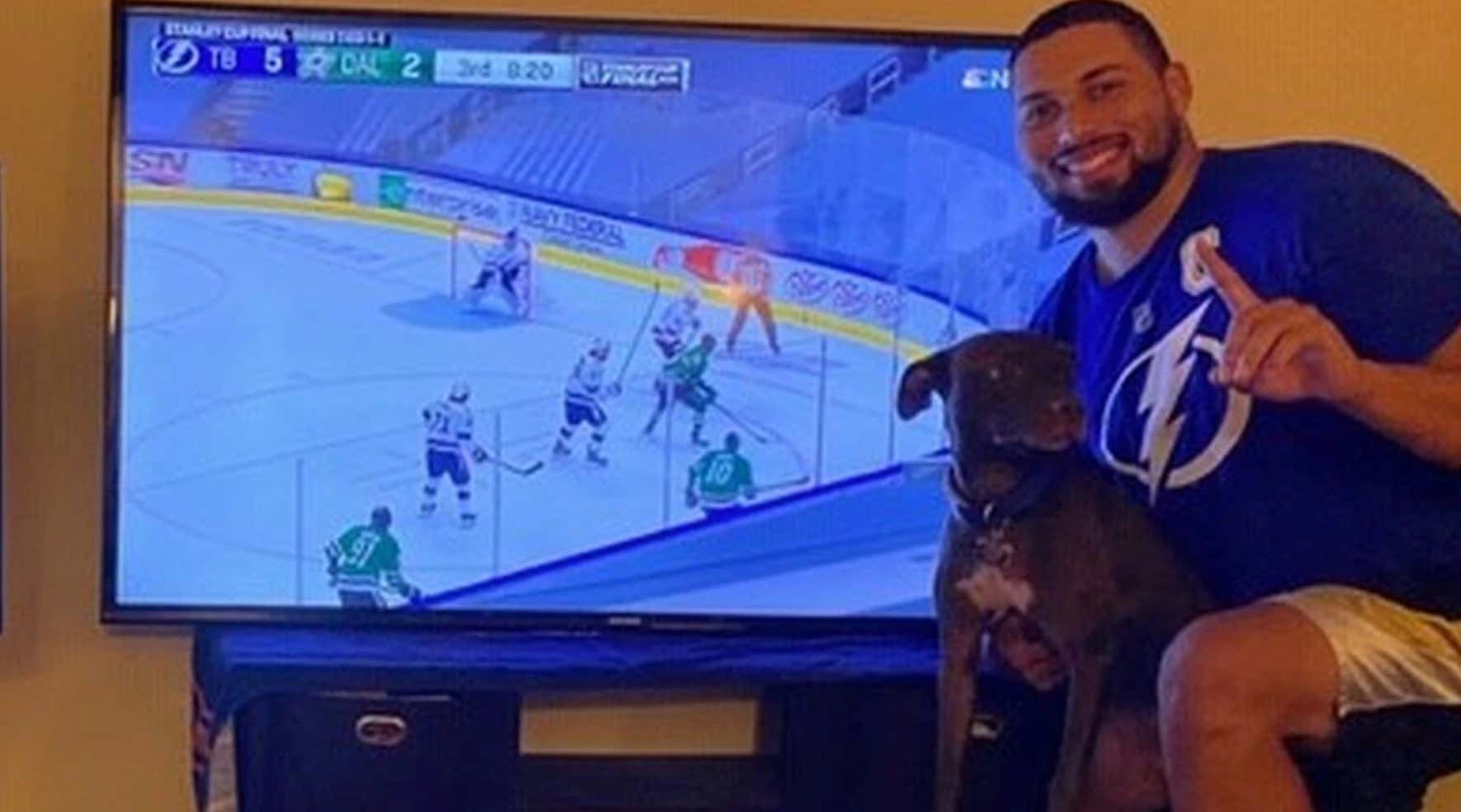 Tampa Bay Times - A misunderstanding over a few Lightning fans' passion for their team during the Stanley Cup final Wednesday night produced a scene in Tampa rife with cops and, in the end, comic relief.

Devon Garnett, a bay area super fan of sorts recently profiled by the Tampa Bay Times, was watching Game 3 of the Stanley Cup final Wednesday evening with two buddies at Radius Palms apartments near USF. In one first-period sequence, when Victor Hedman controlled the puck in the Lightning’s offensive zone, the friends began screaming, “Shoot! Shoot!” at the TV.

Evidently, that prompted a neighbor to call police. Minutes later, a handful of Hillsborough County Sheriff’s Office deputies were at their doorstep.

Let's just run it back real quick. The Tampa Bay Lightning were 0/3 on the powerplay in game 1 of the Stanley Cup Final. 0/5 on the uppers in game 6 of the Eastern Conference Finals against the Isles. 0/3 in game 5 of that series, and 0/3 in game 4. Granted, the powerplay was able to get themselves on the board in game 2 against Dallas on Monday night but still. You have to imagine that Bolts fans everywhere were a little terrified of another 0/14 drought with the extra man opportunity.

Now in a normal year, Devon Garnett and his boys could just head down to Amalie Arena and scream "SHOOT" at the top of their lungs directly at the players in person. There would never be an 0/14 drought to begin with because with fans in the barn, the Bolts' powerplay would know that literally all they have to do is shoot the puck. Clearly, however, that's not the case this year. They're over 2,800 miles away in Edmonton. So Devon and the squad needs to innovate here. They need to be as loud as humanly possible so that somehow, some way, the broadcast feed ends up picking up their voices and blasting that audio into Rogers Place.

Sidenote: I know people love to shit on the mouth breathers who scream "SHOOOT" at hockey games but if you think about it, all the analytic nerds are basically doing the same thing. I mean isn't that pretty much all Corsi is? Just a bunch of calculator boys screaming shoot? Glass bangers and number crunchers are pretty much the same exact people.