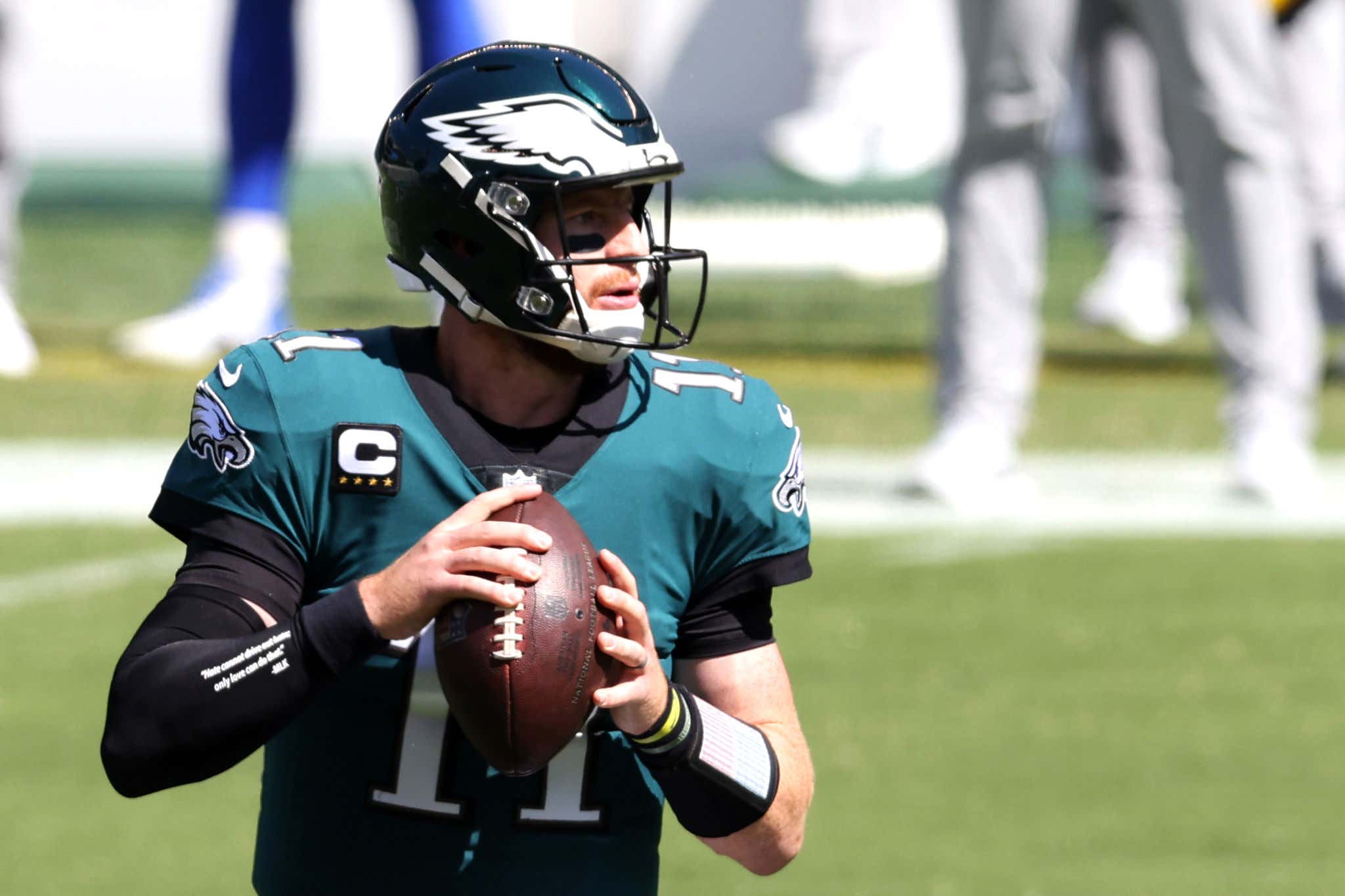 I was furious after the week 1 meltdown against the Washington Football Team. I was ready to give up on Carson for the rest of the season after that abysmal performance against the Rams on Sunday. Carson hasn't been close to great so far this season. He hasn't even been close to good. And it's pretty clear right now that Carson is pressed. I don't know if it's not having preseason to get in sync with his receivers, or maybe now that he has a newborn child at home, or maybe the pressure of being the starting quarterback of a team that won the Super Bowl with your backup, or maybe a combination of everything. But the fact of the matter is that Carson Wentz has looked pretty terrible so far this year not because he's a bad quarterback, but because the pressure has built up and now he's caught in quicksand.

If Philly fans want to rip Carson then go right ahead. You have a reason to be frustrated as hell right now. But Max Kellerman? Marcus Spears? Mike Greenberg? Fuck those guys. I know they have a job to do and ripping on Carson Wentz makes their job pretty easy right now, but still fuck them. My hatred for those assholes has now completely refueled my faith in Carson.

All that has to happen is for Cincinnati to throw Carson Wentz a tree branch on Sunday to pull himself out of that quicksand. As soon as he's not pressed and making dumbass decisions because he feels like he needs to hit a home run on every play? It's over. We get the Carson Wentz that we know we've always had in Philly back. Once Carson just lets go, loosens up and let's the game come to him instead of trying to make a highlight every time he drops back? He'll be ready to shove it right up everybody's hoop, no lube, sandpaper finish.

I love Jalen Hurts but unless he's playing receiver to fill in for Jalen Reagor (this city is cursed), there's no need for him to bring his helmet out of the locker room.