The Bulls are...competent. That's where we are right now. It's bizarro world where they have a respected GM and a big name coach actually looked at the Bulls roster, talked to people in charge, and agreed to come here. Incredible. And I am going to take this tweet by Bradley Beal and run absolutely WILD with it because that is fun to do and there's absolutely ZERO reason for Beal to be excited on twitter about this unless he believes he can get the fuck out of DC and come be a big piece for the Bulls. It's the NBA. It's "this league". These moves are worked out years in advance some times. Beal to the Bulls was talked about before they had Donovan. Now it feels like they have a real shot and...maybe the Bulls have the pieces in place to pull off this move. Fire up the ole NBA trade machine and you get... 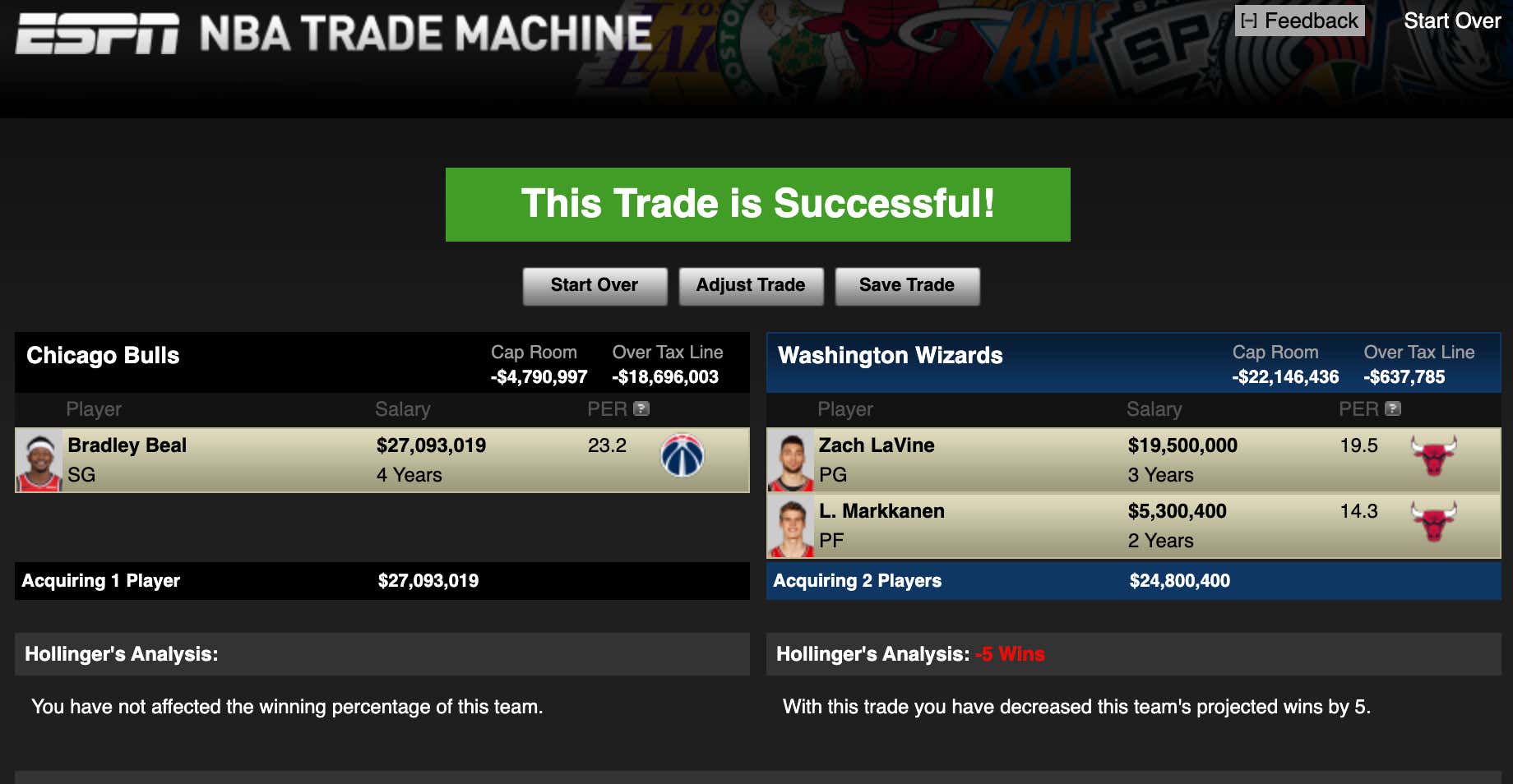 I asked our resident basketball expert Bobby Reags if this deal makes sense on paper and if it would be enough. He said some draft stuff would have to be included, but as a general framework it's enough. Okay great. Draft stuff meaning futures(Bulls keep their pick this year). I am sure everyone will be salty about trading Lauri early. He wanted out last year. Hard to blame him because of Boylan, but he never progressed. Still young and intriguing and talented, but you need to give up something to get something the Bulls can replace him in the lineup with their draft pick this year. Go with Obi Toppin as your new 4 and make Beal the 2 and all of a sudden you've got a playoff caliber roster

That's a fucking squad right there, boys. Have a little mix tape morning the two new pieces I already convinced myself are on their way here