This video brought back so many memories of intramural basketball in college. Some say I'm still the greatest pick and pop big to ever play at the University of Tennessee rec center.

But holy hell, somebody has to call out that screen. There is a train coming down the track and that poor guy in orange has absolutely no idea he's about to get leveled. Look at his face as he gets up and tries to hobble back down the floor. 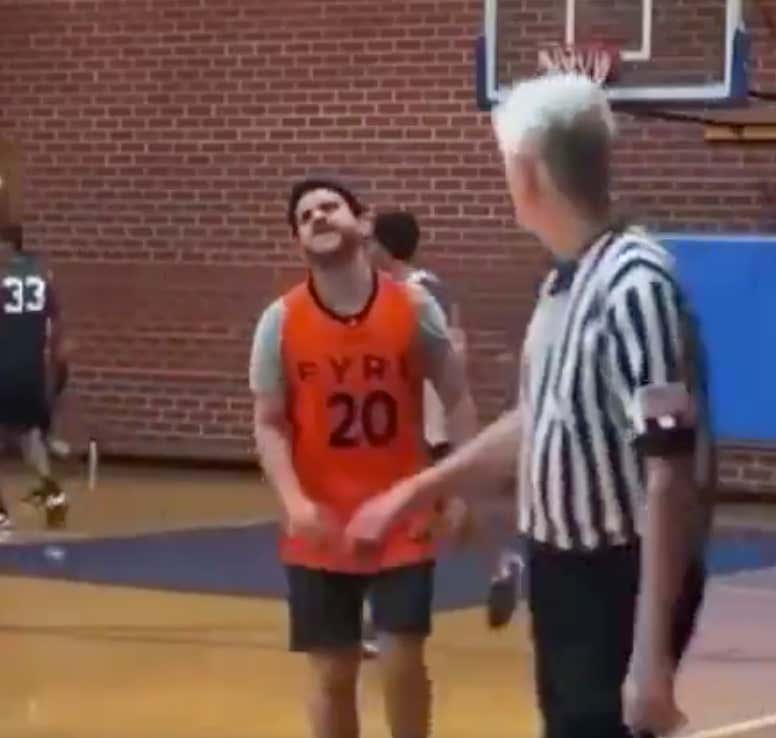 That guy is going through it.

But credit to the big man for knowing how to help the team. Every big guy knows you have to grab some contested rebounds and throw your body around a little bit to get on everybody's good side before you can take a few jumpers. You have to build up goodwill to be able to miss some shots.

And when you're setting bone-crunching screens at the top of the key to set up a wide open three, you've bought yourself at least two consecutive missed jumpers before people start to get annoyed again.